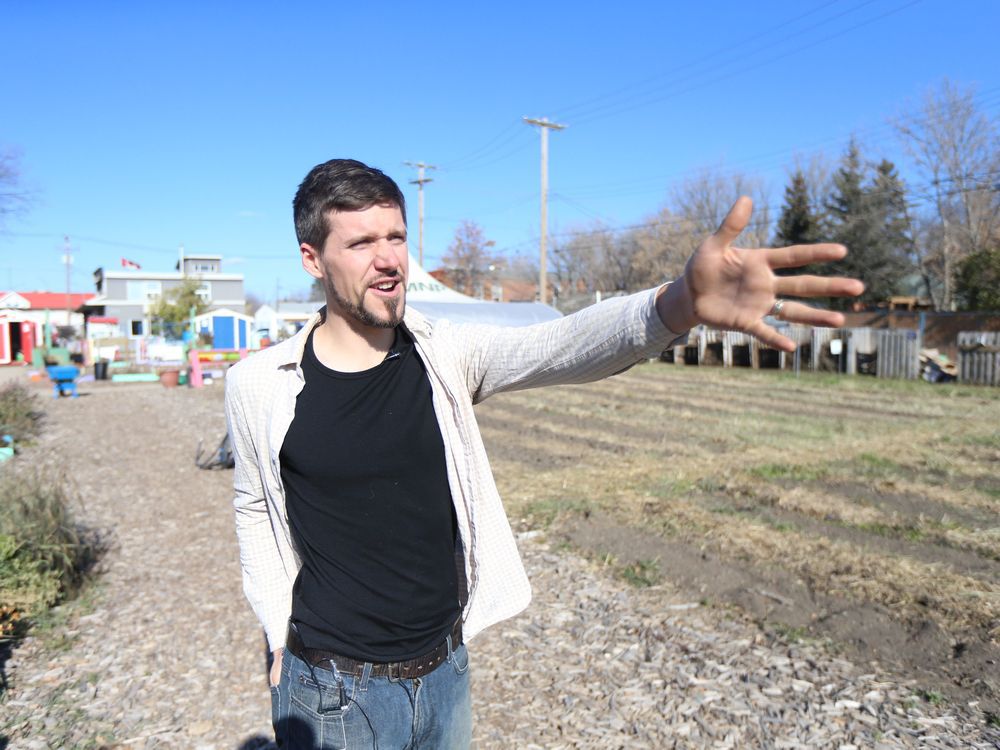 The amount of food produced at the Saskatoon Food Bank and Learning Centre’s urban garden is going through a growth spurt as 2018 was the second consecutive record year for the urban agriculture project.

The record-breaking harvest came as somewhat of a surprise for the food bank’s urban agriculture program manager, Adrian Werner, as the garden had a short and dry growing season. The produce is used to help fill the food bank’s emergency food baskets.

“It really allows us to say that we’ve arrived,” he said, “that we have figured out how to do these projects in ways that are viable.”

Werner said the main focus of the garden patch has always been demonstration, education and production — and this year’s record yield demonstrates how a volunteer-driven community garden can produce market-garden level yields.

Alongside seeing a jump in the amount of food produced, Werner said 2018 was a record year for the number of volunteer hours executed at the garden patch, jumping to roughly 3,829 hours compared the previous record set in 2017 of about 2,983 hours.

“People know that the garden patch is a great place volunteer,” Werner said, as it’s also a place where people can get work experience or even a reference. “It creates a community that people want to spend time at and we’ve really reaped the benefit over years of investing in our volunteers.”

Yvonne Hanson, executive director of CHEP Good Food Inc., said while the work the food bank garden patch is doing is important, she feels there needs to be more “access points” in a community where people are able to get healthy food, as rising food prices can put a strain on a city’s most vulnerable.

“The food bank and the fact that they have had a bumper crop is great, but it is a stop-gap measure. We have to still think of it as a food bank,” she said. “So … outside of thinking of a food bank, how are we actually trying to promote healthy eating within our community at large, especially for people who are vulnerable — people who are low income. How can we make it so that food is always accessible, affordable and healthy?”

Hanson said more people are realizing the benefits of having control over their food system, as there is a “huge, long waiting list” for people who want to grow their own food.

“People recognize the value of good food and they also recognize that it feels pretty good to be able to have control over your own food system and know what goes into your food — into the production of it,” she said.

Hanson said the end goal should be to ensure everybody has control over their food.

“Unfortunately, we’re living in a place in a society where there is a discrepancy of those that have and those that don’t, and the folks that don’t, we can’t leave them going hungry, so we have to respond somehow,” she said. “At the end of the day, what we should be shooting for is that everybody has autonomy over their own food system.”

Celine Dion present in Saskatoon postponed once more to March 2022