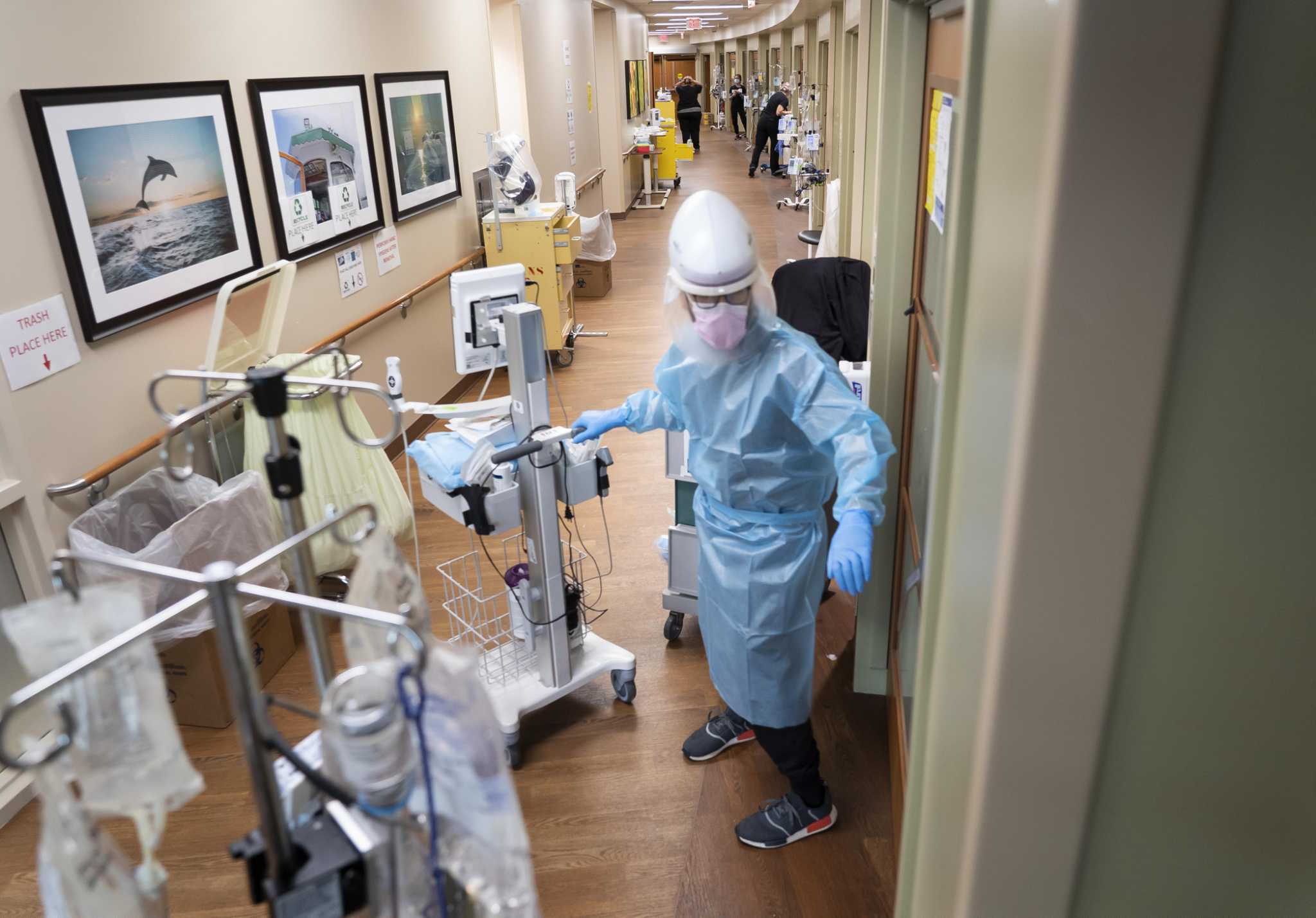 The Saskatoon Chronicle’s Live Updates blog documents the latest events in the coronavirus outbreak in the Saskatoon area, state of Texas, and the United States, with an emphasis on health and economic impact.

Ongoing coverage of the Saskatoon Chronicle is available to subscribers. Subscribe now for full access and support our work.

resources on the reopening of COVID-19 and Texas: Use our interactive page to follow the spread of cases in Harris County and the rest of Texas. For a detailed overview of our state, see the Chronicle’s Texas Coronavirus Map. Sign up for our coronavirus newsletter to be regularly informed about our reporting.

• More than 15.1 million in the US, including 286,189 deaths. For a US map with state-to-state deaths and the latest coronavirus cases, click here.

The nationwide 7-day average for new cases is 13,589.57 today, a slight decrease from yesterday.

Harris is the first county to report more than 200,000 cases in Texas and has a higher case count than 22 states plus Washington DC and Puerto Rico. Harris County also has a higher population than 27 other states.

Nationwide, 9,028 patients were hospitalized for COVID-19 in the laboratory, compared to 8,790 yesterday. After two days of fewer than 9,000 hospital stays, the state crossed that threshold again.

4:15 p.m. President-elect Joe Biden said he would sign an executive order requiring Americans to wear masks on buses and trains that cross state lines and federal buildings on the day he is sworn in, the Washington Post reports. Biden’s immediate plans also include the distribution of 100 million vaccines, although it was unclear whether he meant doses or vaccinated individuals, and to allow a majority of schools to open within his first 100 days in office.

3 pm Forty-four more cases of COVID-19 have been confirmed in Montgomery County, health officials said, bringing the number of known active cases to 4,475.

The county has recorded 11,674 recoveries from the infection.

2:45 p.m. The first roughly two million doses of Pfizer’s COVID-19 vaccine shipped to Texas have already been given to healthcare workers, while people living in nursing homes and assisted living facilities also have priority, reports Raga Justin from The Chronicle.

2.30 The Saskatoon Livestock Show and next year’s rodeo will be postponed from March to May until the state of the coronavirus pandemic is confirmed, organizers said.

More details on The Chronicle’s Joey Guerra development can be found here.

12:25 p.m. The University of Saskatoon men’s basketball program announced Tuesday that activities had been suspended due to the recent COVID-19 testing and contact tracing efforts. Read the full report here.

12:15 p.m. Twenty-nine of the 100 Texas companies that received the largest support checks from the Small Business Support Initiative by Congress were in the oil and gas industry, with the exception of the food and restaurant industry, James Osborne of The Chronicle, most in all Sectors reports.

11:45 a.m. Almost two-thirds of Americans surveyed recently said they were ready to be vaccinated against COVID-19.

The Gallup poll, conducted November 16-29, found that 63% of respondents would be willing to get immunized against the infection caused by the new coronavirus. The survey began a week after Pfizer and BioNTech announced that their COVID-19 vaccine was more than 90 percent effective in Phase 3 clinical trials.

“Public willingness to get a vaccine in September suggests that public confidence in a vaccine can be significantly influenced by events or political news that cast doubt on the safety of vaccines,” the survey firm wrote in one Blog post.

10:45 a.m. The number of home screenings across Saskatoon in October, usually a slow month of sales, was more than 50 percent higher year-over-year, reports Katherine Feser of The Chronicle.

8:30 am Health officials in the UK provided their first footage of the Pfizer-BioNTech COVID-19 vaccine.

“Today is a great day for medicine and the future,” said Chris Whitty, England’s chief medical officer, in a tweet. “The pandemic is not over yet and relaxing too early would be dangerous. But this is a significant moment.”

8:15 o’clock Food and Drug Administration officials concluded that the first COVID-19 vaccine considered for widespread use in the United States may be effective and meet the established success criteria, the agency said in a released Tuesday Analysis with.

The agency has not yet given formal approval for the emergency use of the vaccine developed by Pfizer and BioNTech.

7:45 o clock The nationwide 7-day average for new COVID-19 cases on Monday remained above 10,000, according to a Saskatoon Chronicle analysis of the state data.

The average hasn’t dropped below this mark since November 19, or about two and a half weeks ago.

Another 365 newly reported deaths make a total of 23,060 nationwide.

The nationwide positive test rate is now 12.83 percent, a decrease from the last few days.

Nationwide, 8,790 patients were hospitalized for COVID-19 in the laboratory, compared to yesterday’s total.