Saskatoon tenants are urging these chargeable for evacuation safety amid COVID 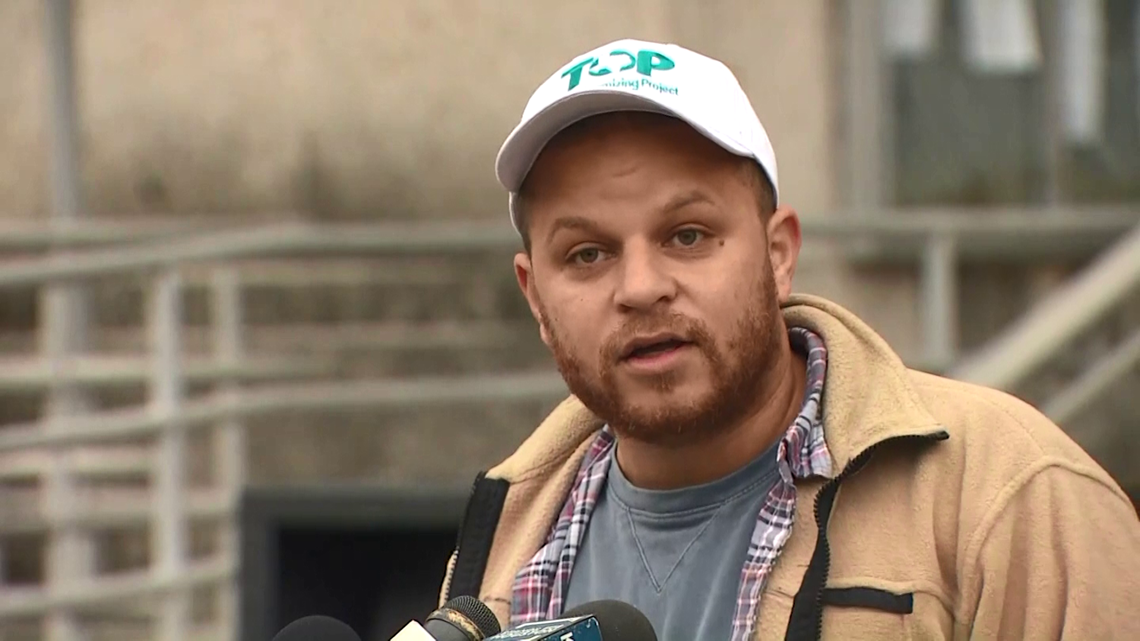 A federal ban on evictions expires at the end of the month.

HOUSTON – Tenants struggling to pay bills due to the COVID-19 pandemic urge elected officials to protect them as a federal eviction moratorium comes to an end.

Several tenants and members of the Texas Organizing Project spoke on the steps of Saskatoon City Hall to a pile of furniture Tuesday morning.

“I’m there by the grace of friends and family, and I’m better off than many,” said Ben, a tenant who refused to give his last name. “I don’t have an address at the moment. Let me put it this way “

Ben says he has three children who have had a hard time paying rent and other bills as work has slowed down at petrochemical plants and oil rigs.

Ben and other speakers called for help from government leaders to stop evictions.

A federal ban on evictions expires at the end of the month.

A spokesman for Mayor Sylvester Turner told KHOU 11 that the mayor asked the CDC on December 8 to extend and strengthen the federal eviction ban.

On the same day, he also asked the Texas Supreme Court to resume a 90-day suspension of eviction negotiations.

Harris County judge Lina Hidalgo said Tuesday an order from Governor Greg Abbott blocked the ability of her and other county judges across Texas to stop evictions.

“What I’ve been doing since my authority was withdrawn is firstly to offer those tens of millions of dollars in direct financial assistance to the most vulnerable members of the community and secondly to ask these magistrates not to hear the evictions,” Judge Hidalgo said.

A direct city and county aid program also provides separate stimulus checks worth $ 1,200 to thousands of people who have previously sought help but never received it.

On Tuesday, the Harris County Commissioners also voted to provide the Saskatoon Food Bank with an additional $ 5 million to help address mounting food insecurity during the pandemic. This money will be used to pay for nearly £ 2 million of food and labor for distribution.

On Wednesday, Saskatoon City Council could vote to spend more than $ 300,000 to help pet owners with pet food, veterinary care and spay / neuter programs in the city.

“We’ve discovered that our animals are part of our family,” said Mayor Turner. “So it’s not just about taking care of people. It’s about also taking care of our animals, who are really part of this extended family. “

The city will fund these efforts with government aid from the CARES Act.