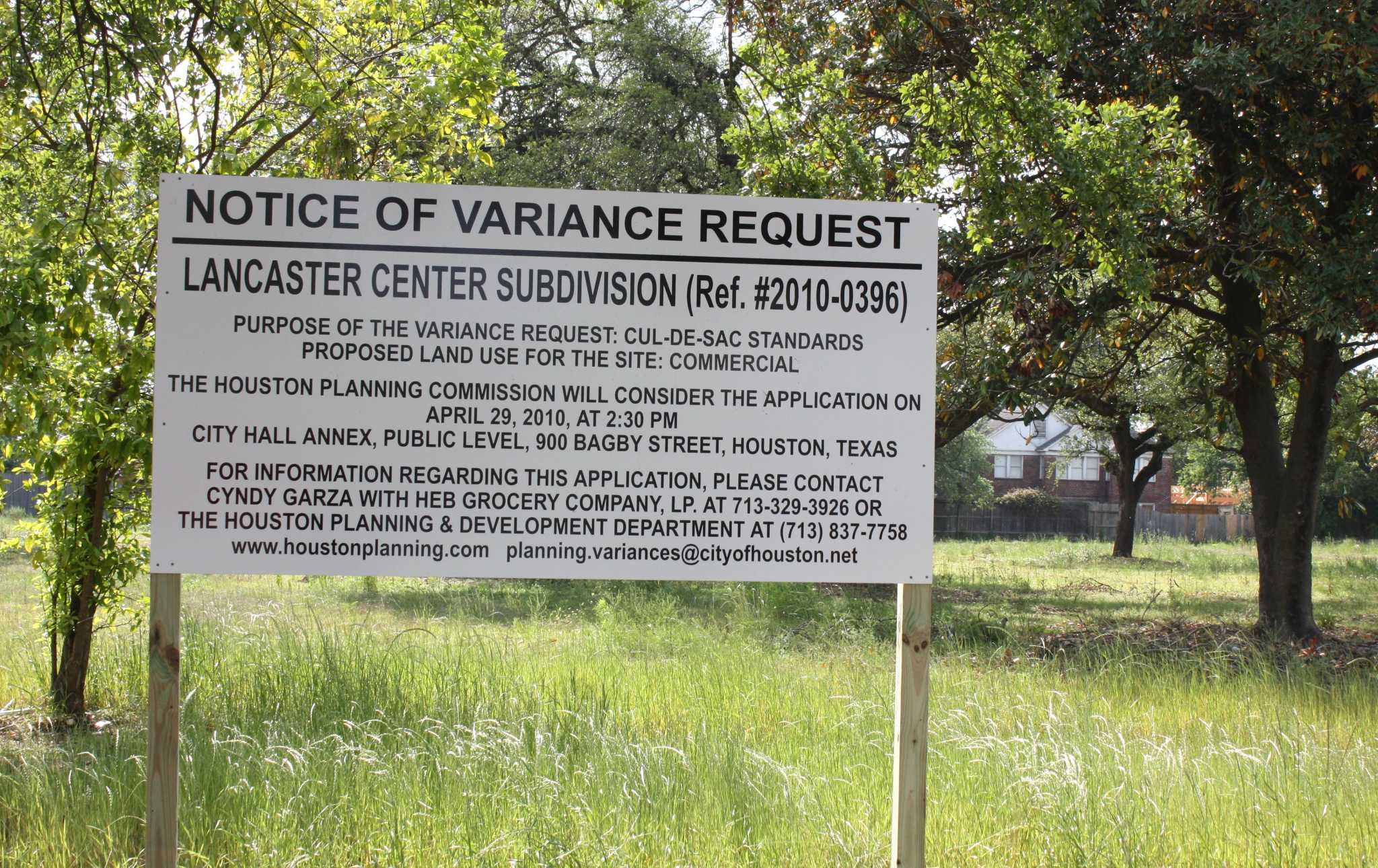 I was never sure where I was going to end up. I drove to Friendswood or cycled to the third division and stopped to take pictures with an iPhone whenever I spied on the Texas Alcoholic Beverage Commission notices stuck in the corners of the window or one of those nasty signs of deviation requests – the planning committee would consider whether they should reduce a setback for buildings or approve a renovation for townhouses or whatever.

At that time I was running Swamplot, the popular real estate and architecture site. It was my first real job in Saskatoon. I worked with a small crew of freelancers who did the illustrations and compiled the Daily Demolition Reports – perhaps the essence of the site. After swamplotting and taking photos most evenings and weekends until my camera roll was full, I would spend hours zooming around on Google Maps, scrolling through threads on the Saskatoon Architecture Information Forum, or addresses in the Harris County Appraisal database District to look.

My job was to see what was what and where was where. Address by address and intersection by intersection, I tried to learn the 10,000 square miles of what I had learned to call the “built environment” of Greater Saskatoon.

It was an interesting time. Every day, it seemed, I was writing posts with renders of mid-size residential buildings in Montrose, 15-story towers in the energy corridor, 50-story towers downtown – remember the one Chevron would build? It was when the idea of ​​Sunday Streets came about, when Uptown unveiled the rapid transit bus line on Post Oak Boulevard, when the city’s Safe Passing Ordinance was passed, when the fate of the Astrodome was still pending.

But it’s always an interesting time for Saskatoon, isn’t it? And that’s why it’s such a shame that Swamplot is done. In March of this year, after 12 years, more than 17,000 posts and 133,000 comments from readers, the site’s founder announced that it would no longer be published every day. “The easiest way to explain,” he told me, “is that the people involved were ready to move on to the next step.”

The founder is Larry Albert, who has his own architectural practice and teaches at Rice University. For years he directed Swamplot – he wrote 10,000 posts himself – under the pseudonym “Gus Allen”, a play about Augustus the Allen brothers, the city’s first real estate huckster. The town’s inside jokes were always part of it, but Swamplot was also interested in the details – what Albert called “the weirdos,” the “stories of bed bugs and townhouse farms and pollution leaks and mansion demolitions” that when you stack them up Come on, give yourself Saskatoon.

In time, Swamplot would draw 150,000 readers a month, most of whom came to the site for both this weirdo and the tone of it all. The adjective you hear the most about Swamplot is “snarky,” but it wasn’t. (Much of the snark came from readers anyway.) Albert trained me early on to avoid a “harrumph”. Really, the site wanted to show what was happening to our built environment – the sidewalks, the malls, the superfund sites – without occupying a huge position in one way or another. “That made people read on,” said Albert. “It allowed people to trust and appreciate it without believing that they were being addressed or that we had an agenda.”

Albert always told me that swamplot is a way for Saskatoon to understand itself. Ever since the Allen Brothers described the city as “wholesome,” “well-watered” and “beautifully exalted” in 1836, we have tried to reconcile what we actually see with what speculators and their spokesmen say. Swamplot’s business was to publish our attempts with our photos and questions – all with the aim of giving the rest of us a say.

Saskatoon needs that. Although the site will no longer be published – Albert said he would announce what will happen to the domain and archives in the coming weeks – we need to keep swamplotting. Perhaps the legacy of the site can be more of an action than an archive, a verb more than a noun.

The malls won’t tell themselves.

Issues to Do: The most effective issues to eat and drink in Saskatoon this weekend