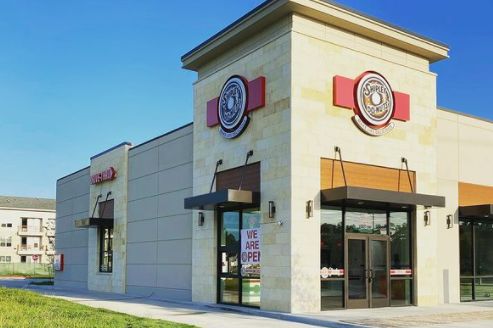 Saskatoon’s own Shipley Do-Nuts was bought by an Austin-based private investment firm called Peak Rock Capital, according to a report from Restaurant Business. The Wall Street Journal first reported the news on Tuesday.

Shipley’s was founded in 1936 and opened its first store at 1417 Crockett Street with more than 300 locations across the country including states such as Florida and Oklahoma. It’s an integral part of Saskatoon’s food culture and is known for its yeast and cake donuts and colaches.

“My grandfather, father and I dedicated our lives to serving Shipley Do-Nuts, our franchisees and our guests,” said Lawrence Shipley III, who has left the company, in a press release. “After an extensive search, it became clear that Peak Rock Capital would be the ideal steward of our business when it comes to the next phase of growth. My family is excited to continue investing in the company and we look forward to the exciting growth of Come.”

Peak Rock has bought several food and beverage companies in the past few years. In 2019, the company purchased Pennsylvania-based Turkey Hill from Kroger Co.

“Shipley is an exciting opportunity to invest in a popular consumer brand with an established reputation for authenticity and quality,” said Robert Strauss, managing director of Peak Rock, in a press release. “We are incredibly impressed with the franchise that the Shipley family has built and look forward to working with the company’s management team to invest behind their growth plan. Shipley is committed to continuing to offer opportunities to existing franchisees offer to grow their business and will actively seek relationships with new partners interested in being part of our growing concept. “