A well being care employee vigil is held in Saskatoon County 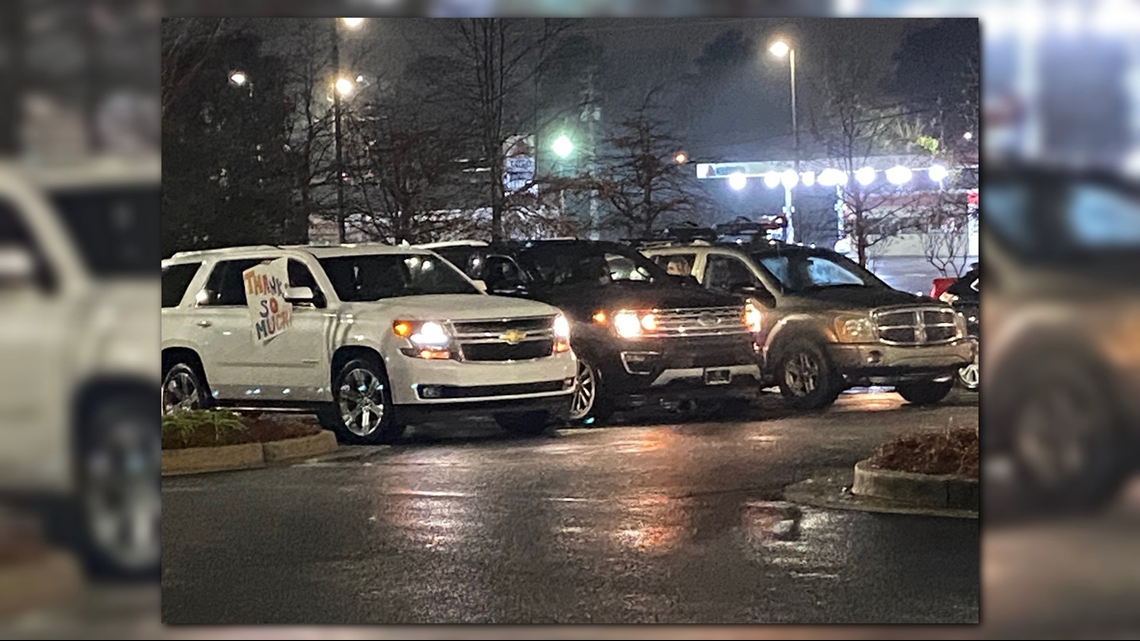 Hospitals are reaching capacity with positive COVID-19 patients, and the people of Saskatoon County wanted health care workers to know they were still thinking about them.

WARNER ROBINS, Ga. – It was a rainy night in Saskatoon County, but that didn’t stop dozens of people from gathering at the Saskatoon Medical Center to thank health care workers as COVID-19 cases rise again

When some employees were leaving and others were just starting their shift, people made sure to say a loud “thank you” right from the parking lot.

One woman in the sea of ​​cars was Leslie Brookins who says the event meant more to her since her father is now a hospital patient.

“My father was sick for about a week, and then he and my mother both tested positive for COVID,” Brookins says.

Her father Charlie Cole was hospitalized last week. She says his recovery has been slow but promising.

“He’s been there for a week and you know it gets a little daunting for patients, especially when they’re so lonely, but it’s been slower than expected,” she says.

Brookins adds that it was difficult for her family not to see him in person.

“It’s really sad just the fact that we can’t be with him. We can FaceTime him, so that’s really good,” she says.

Brookins says that when she heard that there was a vigil at the hospital, she and her family knew it was a safe way to thank all of his doctors.

Brookins says their father’s health is improving and they hope to have him home in the next few weeks.