About half of staff in Saskatoon, Regina have returned to places of work: skilled 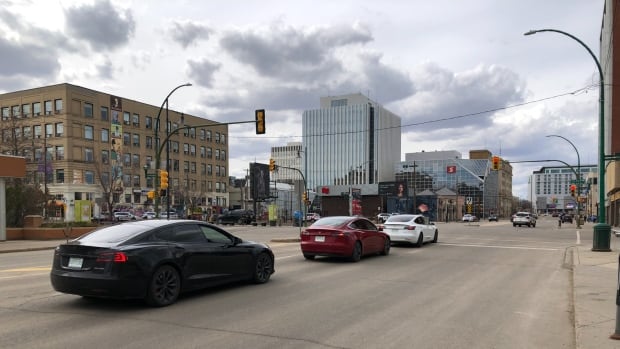 A commercial real estate expert says Saskatchewan’s two major cities have seen roughly 50 per cent of their workers return to an office setting.

Richard Jankowski, the managing director of Saskatchewan Brokerage at Colliers International, said this is based on the company’s conversations with landlords, developers, tenant groups and government.

The rate of return “really varies” from company to company in Saskatoon and Regina, he told CBC Radio’s The Morning Edition host Stefani Langenegger.

He said he estimates there has been a larger percentage of the workforce return to offices in the province’s smaller markets.

According to Jankowski, Saskatchewan is looking at a six-to-nine-month period of change and evolution.

“Discovering what it’s going to look like, what the return policies are going to be put in place — and also work from home. That’s still being established,” he said.

“And I think, looking forward, there’s still some angst about the future variant and what that’s going to mean.”

Jankowski said it’s still to be determined what will be required for office space, especially with the uncertainty around the delta variant.

“The newest trend that’s come out, not really a trend, but on the health side, is, ‘What is going to happen in Saskatoon and in our cities here in Saskatchewan relative to the new variant?'” he said.

But even with companies thinking they could have people working from home, he said the move toward smaller office spaces is on hold.

He said it’s offset by space not being so tightly laid out, adding it doesn’t make economic sense to redevelop and reposition the physical layout of a premises.

Landlords are reaching out to tenants to try to hang onto them and find solutions that work for them, he said.

As for future trends, Jankowski said there is going to be less travel and different ways of engaging with clients, colleagues and industry.

Most of it will be technology-driven, he said.

“You might have previously gone into office locations and having people packed in,” he said. “There is probably going to be some second-guessing around that — and that will be pushed back.”