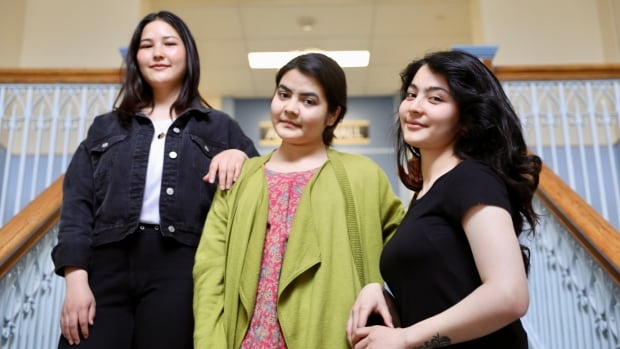 Farhang Nesar belts out a Britney Spears song in a tiny band room that’s tucked away on the top floor of Nutana Collegiate in Saskatoon.

The Afghan refugee, 20, feels at home when she’s singing, even though her life has been turned upside down in the past nine months.

Nesar and her female classmates, Umulbanin Arjmand, 19, a martial arts student, and Mina Rezwani, 19, an award-winning scholar, fled their country after the Taliban seized control of Afghanistan and arrived in Saskatoon as government-sponsored refugees in October 2021.

“Coming to Canada was magic for me,” said Rezwani, who plans to study law in university and become an immigration lawyer.

Nesar and her friends fled Afghanistan in September 2021 with about 450 other refugees. Only 250 have made it to Canada so far. The rest remain in Islamabad waiting for Canada to process their applications.

Four young Afghan women pass the days in an Islamabad hostel while they wait for Canadian officials to process their refugee applications. The 30 Birds Foundation helped about 450 refugees flee Afghanistan to Islamabad, Pakistan, with the goal to settle the entire group in Canada. Of those, 250 are now living in Saskatoon, while 209 are still waiting in Pakistan for visas. (30 Birds Foundation)

Ottawa has promised to provide protection to 40,000 Afghans, and 14,400 have arrived in Canada so far — one-third of its commitment.

‘I don’t sleep at night’

When the Taliban seized power in August 2021, the young women knew they would be targeted because of their connection with the progressive Marefat High School in Kabul, Afghanistan’s capital. It’s internationally recognized for nurturing poor, persecuted children from the Hazara community, and for educating and empowering girls as scholars, athletes and musicians.

A group of concerned people outside of the country, the 30 Birds Foundation, knew they had to act quickly to help extract Marefat students from the country.

“These are highly educated girls. They were the most successful high school in Afghanistan. How can we possibly leave them to this horrid fate?” asked Jennifer Selendy, a New York trial lawyer who is part of 30 Birds Foundation. 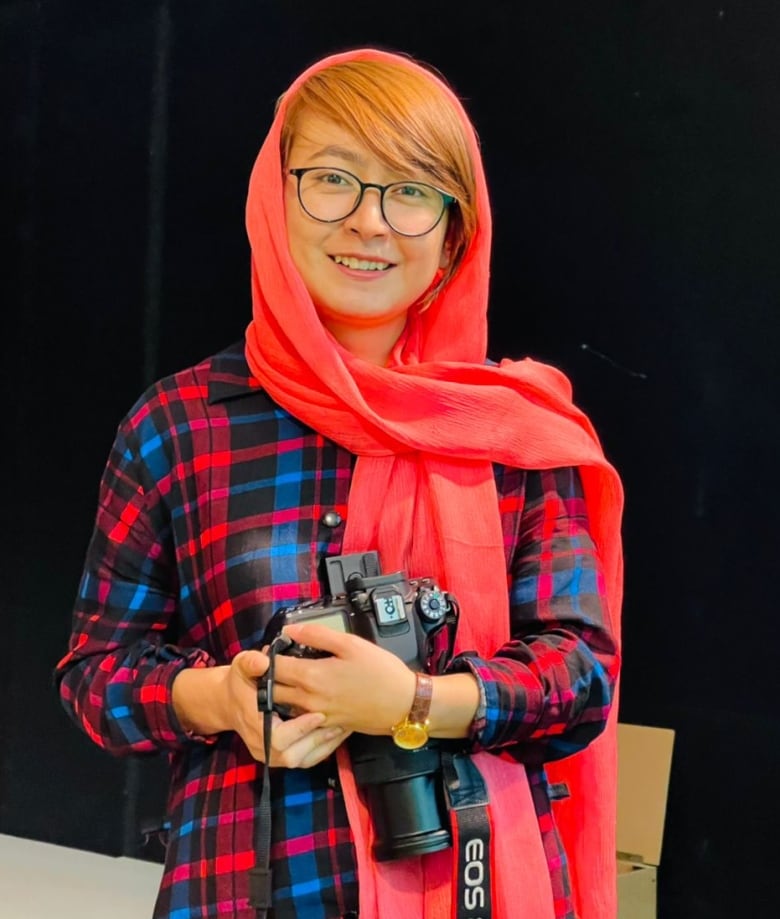 Masoma Azizi, 21, is a photographer and videographer who worked at the progressive Marefat High School in Afghanistan. She fled the country for Pakistan, where she’s been waiting nine months to travel to Canada as a privately sponsored refugee. (Submitted by Maryam Masoomi)

Selendy says Canadian officials made it clear to them that they wouldn’t be able to process all 450 refugee applications fast enough to settle them at the same time in Saskatoon, so the most vulnerable girls and their families were sent to Saskatoon in October as government-sponsored refugees.

The 30 Birds Foundation was then told it would have to privately sponsor the remaining 209 refugees. It raised nearly $4 million to cover all their expenses to settle in Saskatoon.

Nearly 60 of the refugees stuck in Pakistan are unmarried young women between the ages of 18 and 25. The rest are their siblings, parents or male journalists, human-rights activists and board members from Marefat school who agreed to chaperone the young women and get them to safety. 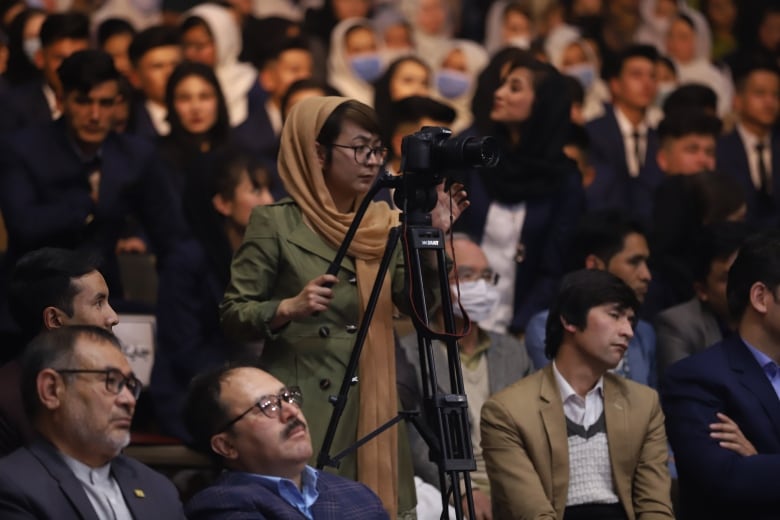 Masoma Azizi said she felt like she lost her her home and country when the Taliban seized power in Afghanistan in August 2021. The videographer said she is in ‘volunteer jail’ in Pakistan while she waits for a visa to move to Canada. (Submitted Masoma Azizi)

The Afghans’ Pakistani visas have expired and they have no legal rights.

Masoma Azizi, 21, a photographer and videographer who worked at Marefat, says conditions for those left behind are miserable.

“Days just pass inside the small rooms, very much comparable to a volunteer jail for us here,” Azizi told CBC News through WhatsApp messages. “Whenever we want to go outside, we have to wear long black dresses and sometimes we have to cover our face with a black scarf. We cannot go to school … and we are not allowed to work.

“I have lost everything and the only hope that remains for us is to get to Canada and call it home and to pursue our dreams.”

Selendy says she appreciates that the Pakistan government has allowed the group to stay there temporarily, but she doesn’t consider it safe for the young women.

“I don’t sleep at night worrying about these girls, until we can get them reunited with their community members in Canada,” Selendy said.

A large backlog of immigration and refugee cases, due to demand and the pandemic, has slowed processing times and, in recent years, some private sponsorship applications have taken Canada’s field offices up to three years to process.

Selendy said “really caring people in Canada” have assured her they will expedite these applications.

“But in a situation where every minute things feel dire, even a few months feels like forever to us because we are responsible for these girls,” she said.

The federal minister of Immigration, Refugees and Citizenship Canada would not comment on the timeline.

“Due to the fact that Afghans in Pakistan are part of a vulnerable population, we are unable to provide details on specific cases due to security concerns,” said Sean Fraser’s press secretary, Aidan Strickland. 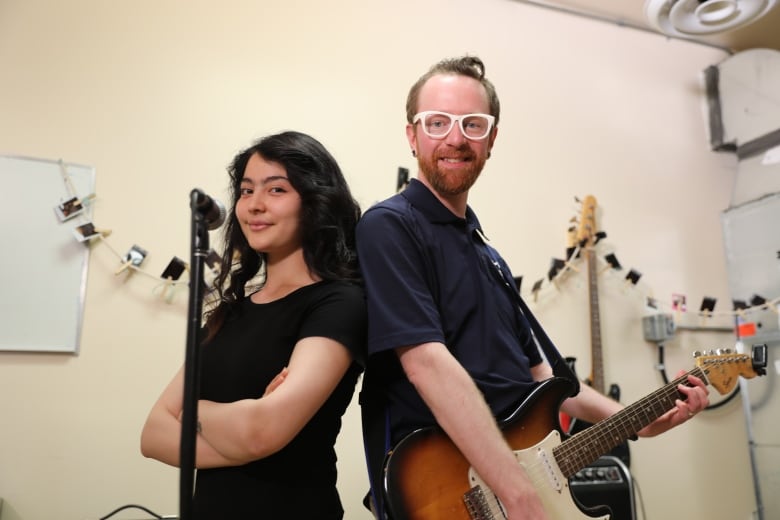 Farhang Nesar, 20, poses with her music teacher, Brett Balon, at Nutana Collegiate in Saskatoon. The Afghan singer finds comfort behind the microphone after having to flee her home country when the Taliban seized power. (Don Somers/CBC)

Saskatoon Mayor Charlie Clark wrote to the federal minister in November urging him to reunite the group in Saskatoon.

Staff Sgt. Patrick Barbar of the Saskatoon Police Service also felt compelled to lobby the minister. He served a 12-month tour of duty in Afghanistan in 2010 to train the national police service.

“It occurred to me … this was the legacy of Canada’s contribution in Afghanistan: two entire generations of young women and young men who grew up without the Taliban, received an education, and were allowed to dream about their futures,” he said.

Nutana Collegiate music teacher Brett Balon describes the recent arrival of Afghan students in his music program as a ‘gift.’

The young women who made it to Nutana Collegiate say their new life is tinged with feelings of guilt.

Arjmand texts with her friends stuck in Pakistan, and worries about their sombre responses.

“I know the depression and hopelessness,” Arjmand said.

It’s the same feeling she had before she was given safe haven in Canada. 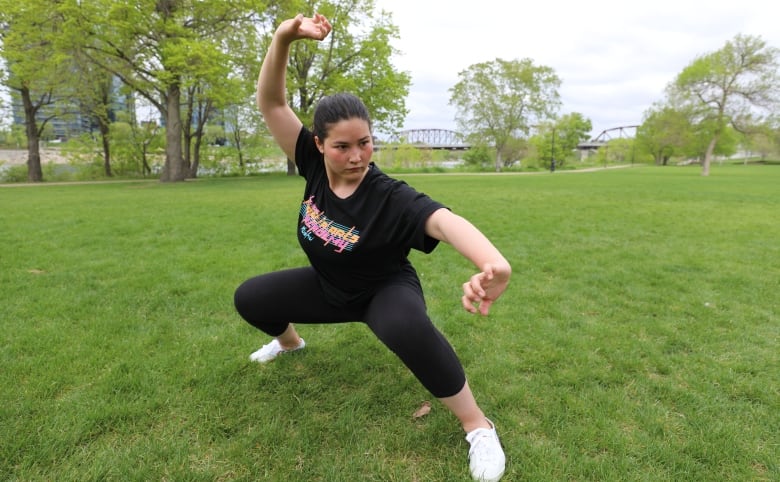 Saskatoon sweep on the Women’ Northern

It is vacation market season in Saskatoon. This is a listing of what is developing