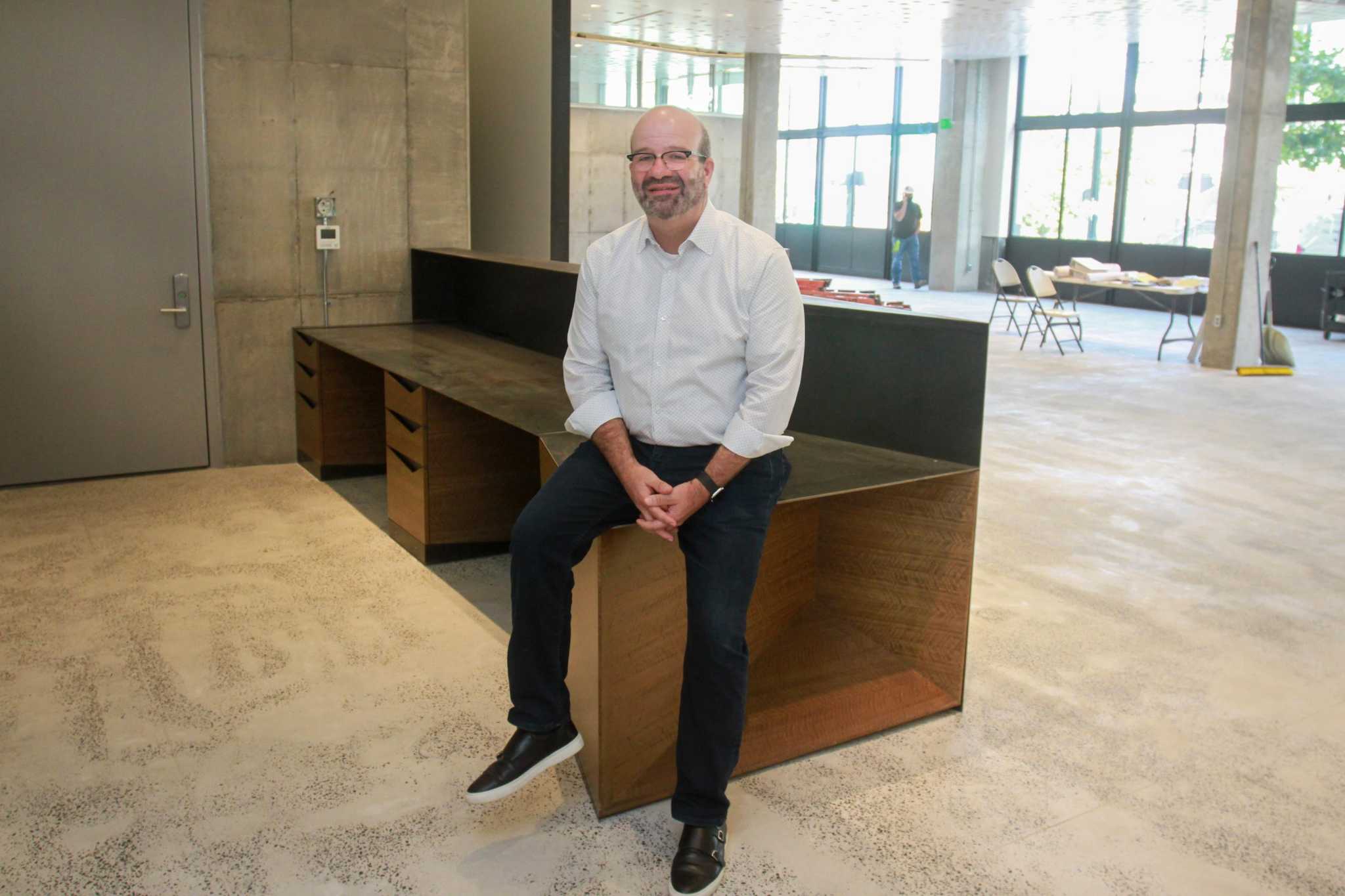 Rusty Bienvenue has been dealing with questions relating to construction, engineering, raw materials, donation, insurance and grant applications for seven years. He never thought that he would have to seek advice on flood protection, navigate complicated insurance channels, or look for the best acoustician he could find.

In late summer 2017, Bienvenue, executive director of the Architecture Center Saskatoon and the Saskatoon Chapter of the American Institute of Architects, and his staff were a tedious and complicated setup just weeks away from moving to their new home in the historic BA Reasoner Building.

Like much of downtown, the building was flooded by Hurricane Harvey’s relentless rain, which left 4½ feet of water in the center’s new home at 900 Commerce. Originally known as the BA Reasoner Building, it was built in 1906, just one block from the historic marker recognizing Allen’s Landing, where the Allen Brothers founded the city of Saskatoon.

AIA Saskatoon and the Architecture Center are separate organizations, but closely related, as AIA Saskatoon is based in the center. For a decade they had saved up on programs and galas to pay for their $ 1.3 million building and its initial $ 950,000 renovation.

Hurricane Harvey sent them back to the drawing board, had to start over and put in more flood protection, which cost $ 1.6 million. Despite having flood insurance, their settlement with FEMA was only $ 248,000, so they were looking for grants – including some from the Brown and Elkins Foundations and the Downtown Management District – and other donations.

AIA Saskatoon had its own competition to determine which local architectural firm would redesign the space, and Murphy Mears Architects won; Cardno and Walter P Moore took care of the engineering.

Bienvenue and its staff will be moving in at the end of October, and on November 9, the 5,400-square-foot center will launch its first exhibition – by reservation only and in very small groups – Saskatoon 2020 Visions, an exhibition about flooding and resilience and the future of the city. It’s already online at Saskatoon2020Visions.org.

“We own it and believe it could be a model resilience strategy for your floodplain life,” said Bienvenue of the new Saskatoon Architecture Center. “We find it unethical and immoral to give up old buildings if you find out how to save them.”

On October 24th, the group’s annual trip home will be conducted virtually online at AIASaskatoonhometour.org. The tour is one of the city’s most prestigious, a juried collection of houses designed by local architects and open to the public.

What: Virtual trip home with videos of 15 home projects by Saskatoon architects

However, this year’s tour is virtual and includes videos of 15 homes, most of which are local. There are a few country houses and one in Australia, but all represent the work of Saskatoon architects.

These include a tiny house, some on the small side, and some that are considerably larger and more luxurious. A video of New Hope Housing, an award-winning home for those on very low incomes, is included.

Bienvenue’s tour of the new architecture center still shows some work, but it’s mostly about cleanup. The concrete floors are sealed and polished, but patches of darker aggregate in the mix show through.

Most in-situ concrete walls remain bare, although some have plaster and some have drywall. One of these is a panel – with drywall at the front and back – installed on a rail that moves through the main showroom.

The flood protection – measures that were installed after the initial expansion – includes external steel cladding with sealing, round plugs in the floor, which would pop out to relieve the hydrostatic pressure in the event that floods should leak under the building, and a protective “bathtub” in the middle of the main room.

It’s designed to withstand 8 or 9 feet of water so some can go inside to protect the building structure. Bienvenue explained that the pressure of the flood on a watertight building would cause the walls to collapse. Letting in some water causes damage but prevents destruction, he said.

This “bathtub” or “submarine”, as Bienvenue calls it, is a waterproof, bunker-like cube in the middle with flood doors to keep the contents dry and safe. This is where the computers and devices are located so that they are not destroyed by floods.

Most of the centre’s space is devoted to exhibits – a large open space with concrete floors and walls and smaller rails in the ceiling that display panels could hang.

A reception desk near the central “bathtub” has been pushed back to be more welcoming and to invite people instead of stopping them at the door. It’s a work of art in itself, a Murphy Mears design with a corten steel envelope made by artist George Sacaris on a wooden base made by Brochsteins, a Saskatoon company known for its fine woodwork and furniture making .

The side meeting room has panels that can be opened or closed to allow for one large room or two smaller rooms. The furniture is on wheels and is modular so it can be adapted to the needs of each group.

One of the biggest visual changes is the lack of drywall. The Harvey flood resulted in architects demolishing drywall work everywhere. On their second pass, the drywall was kept to a minimum to make cleaning easier in the event of future floods.

There are also interesting panels on the ceiling, with beveled holes cut in a heavenly pattern. It’s simply a sheet of plywood painted white with holes cut both to let light through and to maximize acoustics. According to Bienvenue, the panels manage the sound so well that events don’t even require microphones.

The Saskatoon 2020 Visions exhibition will be the next event to be held here. If the coronavirus pandemic has subsided enough, Bienvenue hope AIA and the Architecture Center hope this can be a venue for other groups.

“It was developed for architecture and design and we will define that broadly. We don’t mind if parties and weddings take place here, ”said Bienvenue. “We want the room to be activated.”