‘An unimaginable journey’: Masters athletes from Saskatoon heading to Worlds in Finland 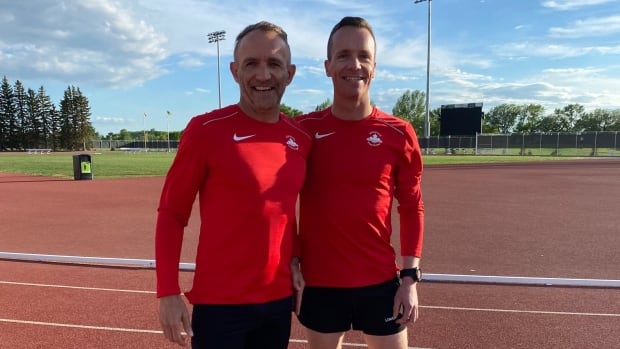 Harvey Weber, left, and Trevor Jacek will be cheering each other on as they compete against the world’s best masters athletes. (CBC/Heather Morrison)

In 1976, Harvey Weber drew a picture of himself in a Team Canada jersey. It was for a school assignment about what he wanted to be when he grew up. The Montreal Olympics had inspired Weber, who was 10 at the time, to become a runner.

When Weber received an “F,” his Grade 5 teacher explained running was not a career.

“So that stuck in my brain,” Weber said, “and what it did is it made me work harder. I got actually most, almost all, my tuition paid for by being a runner.” 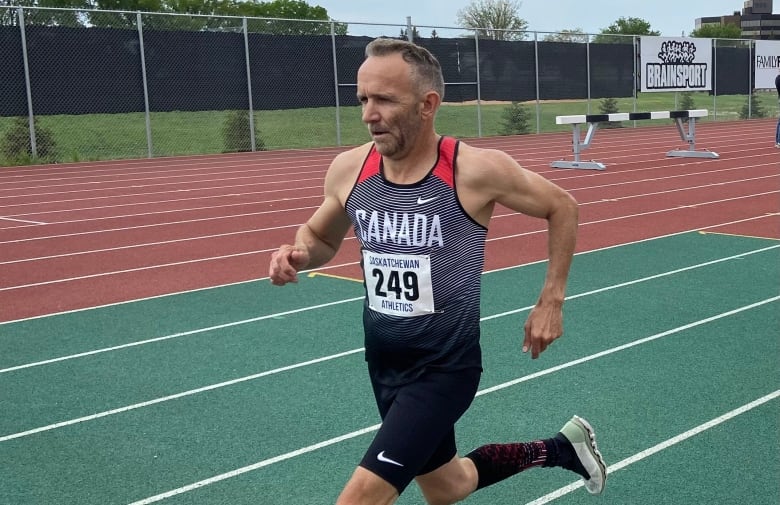 Harvey Weber training in the Team Canada outfit his Grade 5 teacher told him he would never wear. (Submitted by Harvey Weber)

Running did not become Weber’s career, but it is his passion. He continues to take on new and exciting challenges, including heading to the World Masters Athletic Championships in Tampere, Finland.

And yes, he will be wearing the Team Canada outfit he pictured himself in more than four decades ago.

“I didn’t make it professional, but this is kind of my comeback Olympics as a master athlete,” Weber said. 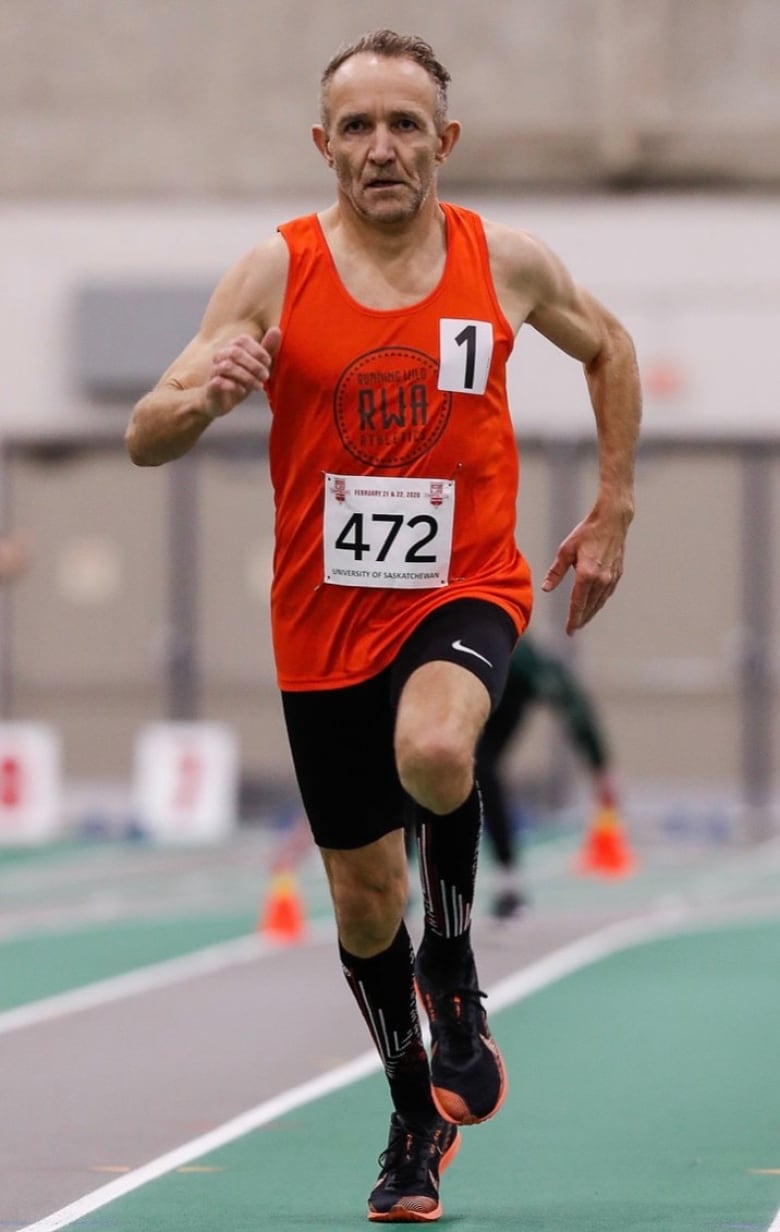 Weber trains twice a day in order to reach his peak performance. (Submitted by Harvey Weber)

The competition, which takes place June 29-July 10,  is considered the pinnacle event for masters-age competitors.

Weber, now 56, will be running the 800 metre in the age 55-59 category. His personal best in the event as a masters athlete is 2 minutes and 22 seconds. He hopes being at the event will give him the extra edge he needs to make the semi-final.

“After I ran on Sunday, I was so excited. I woke up at five and I started packing,” Weber said. “So I’m a little bit wired, to say the least, and really excited to go. And that adrenaline will make me, hopefully, two or three seconds faster.” 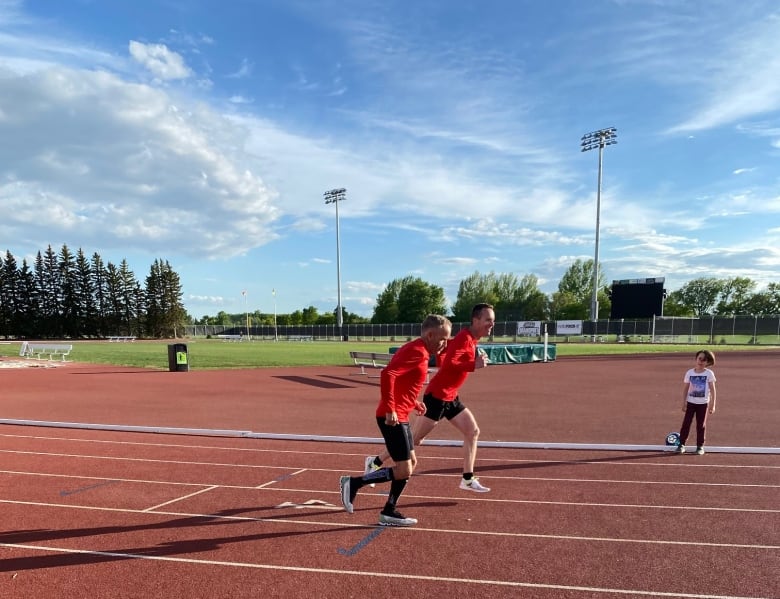 Harvey Weber and Trevor Jacek compete in different age categories but rely on each other for motivation and support. (CBC/Heather Morrison)

His training partner, Trevor Jacek, will be running the 400 metres, 800 metres, and four-by-four relay for Team Canada.

Jacek, 40, grew up in Allan, Sask., playing every sport available. He is a natural competitor so when he picked up running later in life he decided to see how far he could go.

So far he has done well. His personal best in the 800 metre is two minutes and six seconds, which allows him to stay competitive against people less than half of his age. 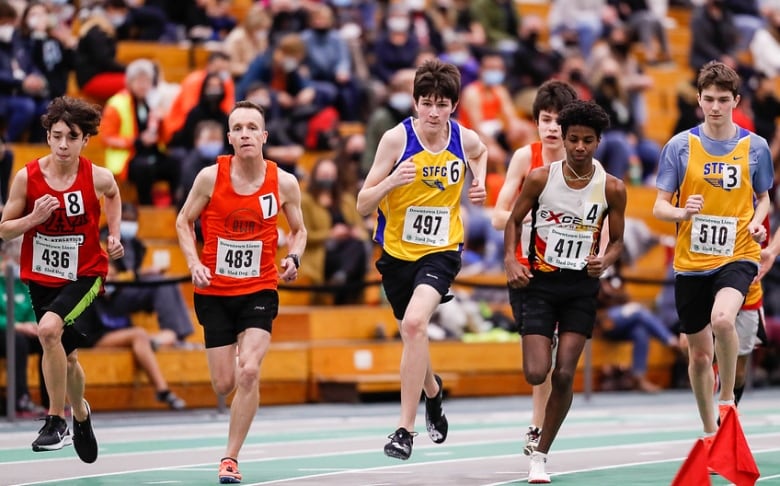 Jacek says he is competitive against athletes who are 20 to 25 years younger. (Submitted by Trevor Jacek)

This desire to be your best is something Weber recognizes as a masters athlete as well.

“When you get injured and you’re away from it for 20 years ,and you start running well again, it’s like, let’s see how far we can go,” said Weber. “Let’s see what I can do and what I can achieve.”

These achievements do not come easy. The road to the World Championships is paved in workouts. Weber describes their training regime as “intense”

“I train almost twice a day, but it’s not all running. It’s keeping mobile with stretching and strength and swimming and all that sort of thing,” Weber said.

This is kind of my comeback Olympics as a master athlete.– Harvey Weber, 56

Being able to switch to cycling or swimming also helps keep up the motivation. So does having a dedicated training partner.

“We’re running geeks,” Jacek said. “We’ll spend two hours together at practice and get home and, 30 minutes later, one of us will text the other one: What were the splits in the workout or how did you feel?” 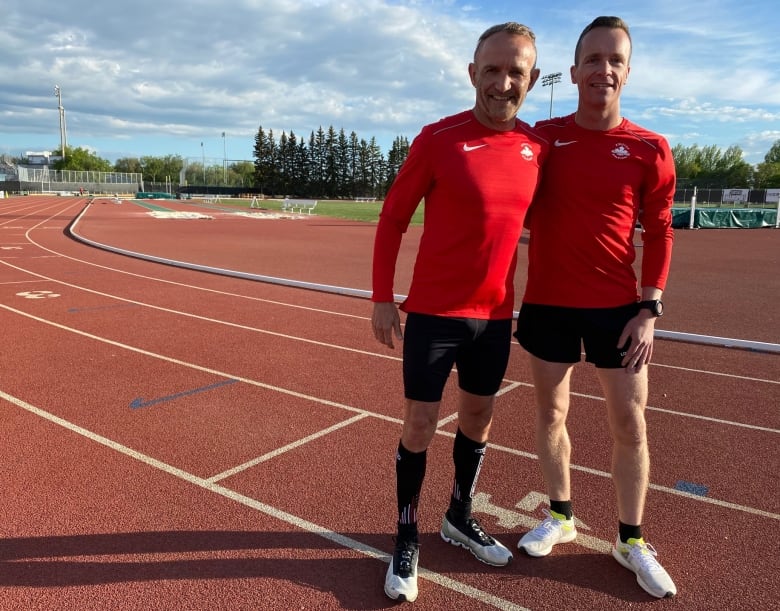 “You’re not just training buddies, you are friends and you support each other,” Weber said. “We both have incredible knowledge and we work off each other’s strengths.”

The pair are excited to share the experience of travelling to Finland together, along with Jacek’s wife and eldest son, and thousands of other athletes from around the world.

Jacek says they are excited to meet the rest of Team Canada, make new friends, and see how their hard work pays off.

“I just think it’s going to be an incredible adventure,” he said.