Ann Criswell, the Saskatoon Chronicle’s grocery editor for 3 a long time, dies on the age of 87 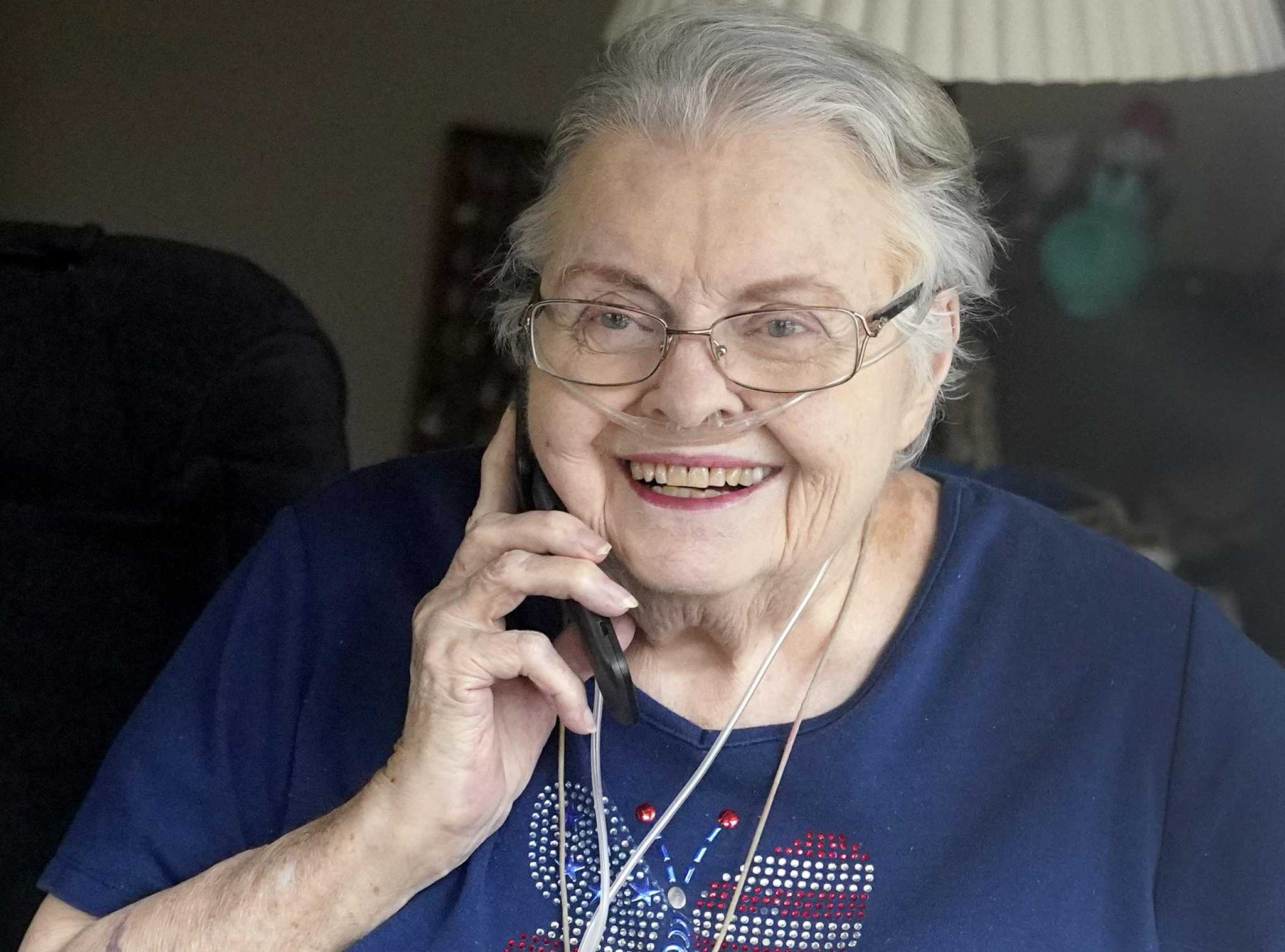 Ann Criswell, who shaped the Saskatoon Chronicle’s grocery and home cooking coverage for more than three decades and who campaigned for Saskatoon’s restaurant scene when it grew, died on December 15. She was 87 years old.

Criswell died as a result of COVID-19 that she got as a resident of an assisted dormitory in College Station.

During her long tenure in food writing, Criswell guided the Saskatoon chefs through profound changes in the eat-in kitchen while documenting how and what the burgeoning international food city ate. She covered topics that ranged from slow cooker dishes to wok cooking to nouvelle cuisine, and worked on recipes from humble (canned mushroom cream soup) to haute (fussy casseroles and the introduction of trendy ingredients like radicchio and star fruit ). Along the way, she met and interviewed Julia Child, James Beard and Craig Claiborne – superstars in the food world.

In Saskatoon she was one herself.

“Ann Criswell saw the future that Saskatoon would be a great food city, even though the rest of the world didn’t know it yet. She saw Saskatoon come to the food town that it became when she retired from Tex-Mex and Chicken Steak. She saw it all happen, ”said Alex Brennan-Martin, owner of Brennan’s of Saskatoon. “It deserves tremendous recognition for the state of the Saskatoon dining scene. She was there for everything and a driver behind it. “

But it was Criswell’s tireless work of everyday home cooks that made her popular with Saskatoon Chronicle readers. She dealt directly with subscribers, taking their calls and answering their endless cooking questions. She became a spirit guide for those who wanted to try new recipes.

Criswell was born in Mineola on October 26, 1933, to George D. Minick, a lawyer, and Alma Minick, an elementary school teacher. She graduated from high school at age 15 and attended Texas Women’s University (then Texas State College for Women) in Denton. In 1954 she graduated with a degree in journalism at the age of 19. In 1957 she moved to Saskatoon, where her father was an assistant for the Harris County attorney. She found work in the Saskatoon Post’s “women’s division” and wrote wedding stories there for nearly four years. At the post office, she met reporter Jim Criswell. They married in 1961 and had two children, Catherine and Charles. Jim Criswell died of cancer in 1978.

She joined The Chronicle in 1961, initially writing about home furnishings and Saskatoon society. In 1966 she was tapped to run the newspaper’s first food division. She remained the food editor until she retired in 2000.

“It was like producing a little newspaper yourself… I did everything. I assigned photos, wrote the headings, wrote a column, edited the stories, and dumped the pages. It was from start to finish, ”she told the Chronicle in 2014, remembering the early days. “Then I went downstairs and watched the press come out – it was the highlight of my week. It was like a midwife. Every week it felt like I had a baby. “

Criswell, a juggernaut with a wife, also found time to write eight cookbooks. Her work producing this weekly “baby”, however, was her passion. And she was meticulous, guiding every story and recipe from the idea to the printed word.

But even the most cautious editor can have one slip and one that haunted Criswell for decades. A recipe that called for four chicken breast fillets, printed as “4 children’s breasts”. The typo earned Criswell a Texas Monthly “Bum Steer Award”. While her family secretly laughed at it, it was an honest mistake that appalled the perfectionist editor.

Robert Del Grande, the James Beard Award-winning chef who ushered in a new era of restaurant dining at Cafe Annie in the early 1980s, remembers Criswell as an editor whose recipes evolved as the city did – the more sophisticated as the international food grew and more adventurous became more prevalent at the supermarket level.

“We talked a lot about recipes and what can be achieved at home,” said Del Grande. “She said there’s no point in a recipe if you can’t get the ingredients. Like Julia Child, she said that a recipe that doesn’t work makes no sense. “

Del Grande called Criswell a “life force” that “had its proverbial finger on the pulse of things”.

“She was an employee. She has worked with everyone and has always supported and encouraged us, ”added Del Grande. “She was the center of a great collaborative community.”

And she shared what she knew, said Sara Brook, owner of the Dessert Gallery.

“She raised a generation of restaurateurs and caterers,” said Brook, a past president of the Saskatoon Culinary Guild, an organization of food service professionals that Criswell helped found in the early 1980s. “She has started a thousand careers and thousands of home cooks. She was a single mom who raised kids and was a food writer before it was anything. She was so meticulous with her recipes. Your deadlines came in every week with no errors. “

Those deadline supporters – their newspaper staff – remember Criswell with great fondness and respect.

“She was such a perfectionist when it came to work. It would go ballistic if a recipe was wrong, ”said Linda Gillan Griffin, former Chronicle fashion editor.

Griffin and Criswell were part of a group of women editors at the Chronicle whose informal gatherings formed a group they called “The Stets,” which is an editing and proofreading term that means “leave” and instructs the typesetter to ignore an edit previously marked change).

“We all knew our beats very well and worked like demons,” Griffin said.

Griffin added that Criswell ruled the holidays for her readers. “To me, she was the grandmother of Thanksgiving and Christmas and other holidays,” she said. “Anyone who didn’t have the prescription would call and see if she had it. And in general, she did. “

Criswell has also applied the basics of good reporting, coupled with a natural curiosity, to her work, said longtime writer Claudia Feldman.

“She worked long and hard hours every day on a job that she loved. And she understood what we all know today: Eating and cooking are not just women’s work. It’s a hobby, a passion, a health problem, a huge issue that concerns most of us, ”Feldman said. “Her subject was food, but she was a news dog and could have written about any subject in the paper.”

Even in retirement, Criswell never shook her reporting instincts.

“One thing I loved about Ann is that she was always curious and always wanted to learn something new. She had pen and paper at Culinary Guild meetings long after she retired and jotted down notes as if writing an article, ”said Paula Murphy, whose PR firm Patterson & Murphy represents the best restaurants and chefs in Saskatoon. “And she wrote in shorthand. She had a thirst for knowledge and an innate curiosity. “

Criswell’s job enabled her to travel, visit different cities, meet with chefs, and learn about food trends. She judged many national competitions, such as the Pillsbury Bake-off (the 1966 Tunnel of Fudge Cake winner by Ella Helfrich of Saskatoon was one of the most sought-after recipes during Criswell’s tenure as food editor). She brought everything she learned back to Saskatoon to serve the newspaper’s readers. It was dedicated to them; You were loyal to her.

When asked if she would do it again, she answered yes without hesitation. “It was the best job in the paper. My job was so personal and connected with the readers. I just loved it. It was my life It was absolutely my life. “

Criswell is survived by daughter Catherine Lester, son Charles Criswell, stepdaughter Sandra (Sam) Criswell, and four grandchildren. The family asked for donations to be made to the Saskatoon Food Bank instead of flowers.