Are you able to see the way forward for Saskatoon on PARK (ing) Day? 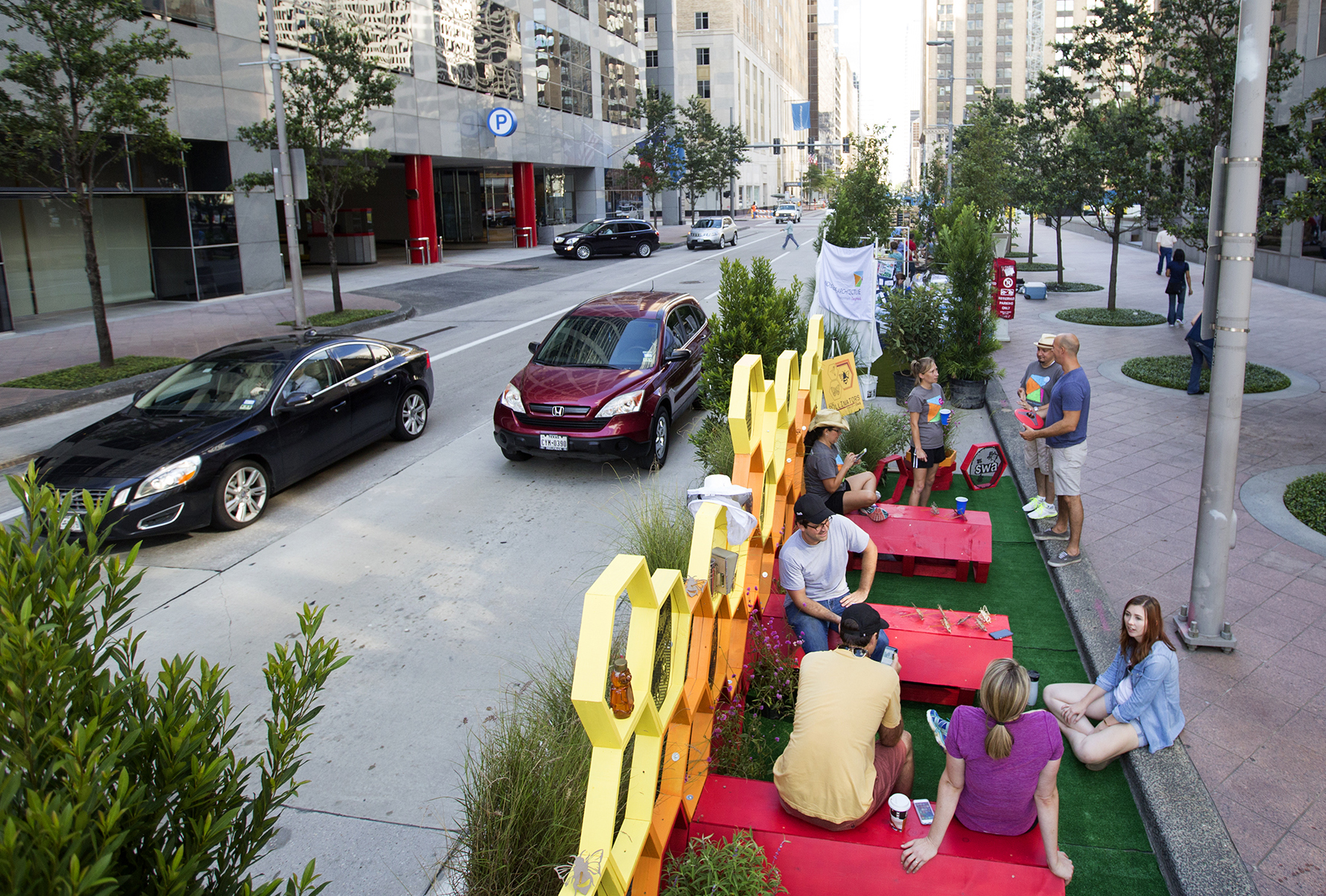 In September 2005, John Bela, Blaine Merker, and Matthew Passmore were feeding a parking meter in downtown San Francisco. But the place wasn’t for her car.

Instead, the city planners who later passed Rebar created a park. They laid down grass, put a bench and tree in a planter box, and waited to see what would happen.

Within minutes, a man sat on the bench to eat his lunch. Then another man stopped to rest in the shade of the tree.

Just like that, San Francisco had a new public green space.

It should never take forever, but the action – what some call “tactical urbanism” – has inspired people around the world to repeat it every year since PARK (ing) Day, now on the third Friday in September . Designers, architects, landscape architects, planners, artists, lawyers and other urban nerds pay for a parking space and turn it into a park for a few hours. For them, PARK (ing) Day is a chance to be creative, informative and even provocative.

And for the rest of us, PARK (ing) Day is an annual reminder of what to expect from our cities.

“You may not quite understand it,” says Lisa Girard, who helped organize PARK (ing) Day in Saskatoon with the regional chapter of the American Society of Landscape Architects (ASLA) and the Rice Design Alliance (RDA) this year . (Disclosure: I’ve worked for RDA before and helped organize the event in the past.) “But you’re out there, which means you get involved, which means it does its job. It creates a dialogue. “

What is this dialogue about? Mostly it’s about cars. So it’s about public safety, climate change, land use, technology and the future of the city.

Girard is a landscape architect at TBG Partners. PARK (ing) Day encourages them to imagine streets that are livelier and friendlier for pedestrians and cyclists, but also safer for drivers in a city with the deadliest roads in the country.

And it lets them take into account the amount of land that cities reserve for cars, often through arbitrary minimum parking requirements. Bob Eury, the president of Central Saskatoon, told Saskatoon Public Media earlier this year that there are still at least 30 downtown parking spaces that could be expanded – in a city that is 77 of the 100 largest US cities behind Chula Vista, California, when it comes to park access, according to the latest analysis by the Trust for Public Land.

“PARK (ing) Day is a great way to explore the what-if,” says Girard, “and get people talking about the future.”

It’s a future that Brandie Lockett, a city planner for Metro, will redefine “who owns the street”. As Metro completes a long-term regional plan, Lockett envisions a Saskatoon with streets that prioritize public transportation and pedestrians to support “small businesses and new developments.”

This year, Saskatoon PARK (ing) Day can be found downtown on Friday, September 21, on the 1200 block of McKinney near San Jacinto until about 2 p.m. in front of the Saskatoon Center, owned by Brookfield Properties.

Justin Smith, a senior engineer at Walter P Moore and a volunteer at RDA, will be there. While “the message is equally important in other areas of Saskatoon,” he says downtown is the perfect place for PARK (ing) Day. The Downtown Long-Term Plan, released in 2017, attempts to anticipate the future as the Downtown Development District announced plans to reconfigure Bagby Street as part of the five-mile pedestrian-oriented “Green Loop,” exploring the possibilities of autonomy vehicles and ridesharing the way change the way people move around in the center of the city.

“Why here? Why Saskatoon? Why now? Why downtown?” Says Smith. “Why not?”

So today is the day. Have a dialogue about what Saskatoon should be – or sit on a bench, take off your shoes, and enjoy lunch.

Allyn West runs Gray Matters. You can find him on Twitter or send him an email.

Get the Gray Matters newsletter. It’s a great way to explore the what-ifs.

Issues to Do: Upcoming foods and drinks occasions in Saskatoon this week

12 Days of Favourite Saskatoon Meals and Beverage Experiences in 2020, Half 9: Industrial Aids