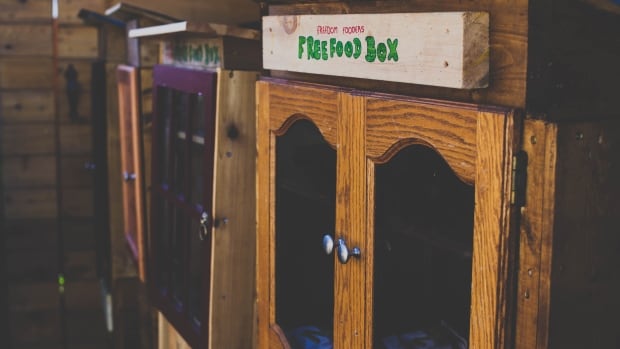 What started as a simple project in Saskatoon to make it easier for people in need to access food and toiletries is growing.

It was just a few weeks ago that Kirby Criddle, Connor Powell, and Frank Collins put together the first two free food boxes. The idea is that people can put everything from baking to non-perishable food items to toiletries in these boxes for people in need to then grab and use.

As of Sunday, a total of four of the boxes were around the city. Through the day, another eight were being placed in new locations.

“Everybody needs access to healthy food. Everybody,” Criddle said.

The group that put together the first free food boxes says the response from the community has been beautiful and overwhelming. (Submitted to CBC by Frank Collins)

The response to the boxes, Criddle said, has been beautiful and overwhelming. Not only has she been able to speak with some of the people putting items in the boxes, she’s heard from some who have had to use them.

Along with setting up a Facebook page for the now-named Freedom Fooders, Collins said the group has mapped out where the current boxes are, where people have volunteered to place boxes, and where there is a need for boxes.

The group has also looked at data from the City of Saskatoon as to what locations have the most need.

Collins said donating to the boxes is as simple as just putting the items inside one of the boxes. 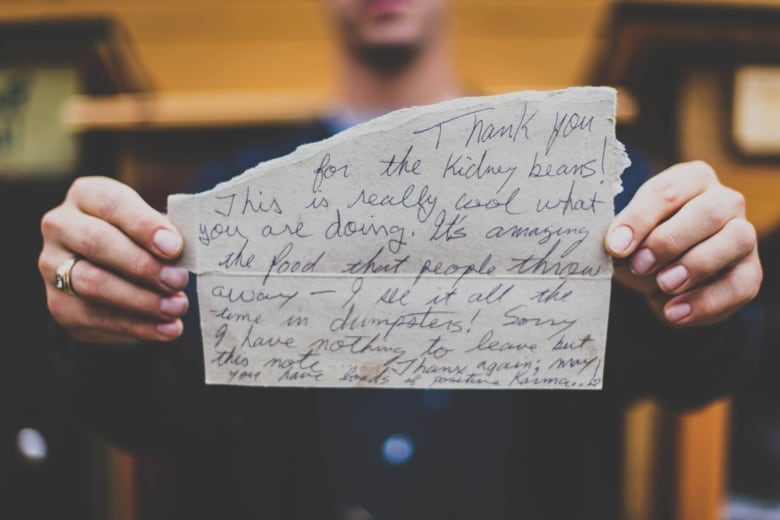 The group has heard from people who have donated items to the free food boxes and those who have had to use them. (Submitted to CBC by Frank Collins)

“The more people that are contributing to them the better.”

The group is also looking for people to be responsible for certain boxes, monitoring them to see if food needs to be removed or reporting if the box has been vandalized.