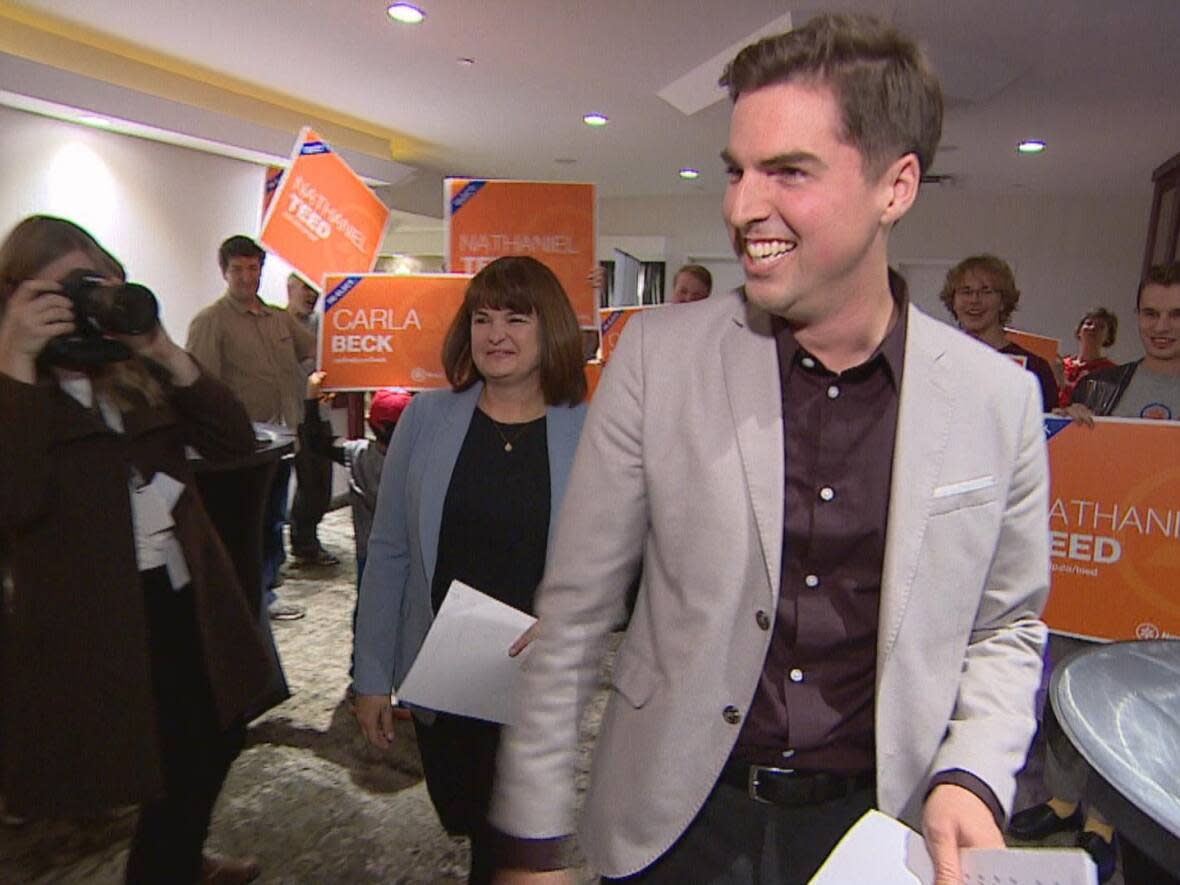 Teed received 57 per cent of the vote, a comfortable margin over his nearest challenger Kim Groff of the Saskatchewan Party, who received 37 per cent.

The result leaves the Saskatchewan NDP where it was before former Leader Ryan Meili resigned, with 12 seats in a 61-seat assembly.

“This byelection is important, but we are going to continue to do the hard work that we need to do to keep connecting, keep building with people right across this province and keep building toward 2024,” said NDP Leader Carla Beck Monday night.

Ryan Meili announced he was stepping down as Saskatchewan NDP leader in February, three days after the party lost its seat in the Athabasca byelection.

Stephen Kenny is a professor emeritus at Campion College in Regina. He said the NDP was facing more pressure to win heading into this week’s vote.

“They couldn’t afford to lose Saskatoon Meewasin. They’ve held it, and that means there is a certain momentum developing with the Saskatchewan New Democrats, and the contrary would have been really disastrous for them.”

Kenny said that while issues like the cost-of-living, education and health care may have resonated with voters, image may have also played a role in the outcome.

“I kind of thought if Kim Groff had been elected, there would have been another grandpa to join several other grandpas on the back benches in the legislature in Regina.”

Teed got 99 fewer votes than Meili received in his 2017 byelection, but the margin of victory was greater.

“The NDP got their vote out. They almost matched Meili’s vote from his byelection. And what seems to have fallen down is the Sask. Party didn’t get their vote out,” said Tom McIntosh, professor of politics and international studies at the University of Regina.

“This was the first test for Carla Beck as leader and she passed it.”

McIntosh said an advantage of a byelection is that parties can get other MLAs involved on the ground.

“It appears the NDP did quite effectively. They had their whole caucus out there knocking doors and that seems to have helped motivate their base.”

One week before the byelection was called, Premier Scott Moe announced adults in the province would be receiving $500 cheques to help with the cost-of-living increases.

“It may not have been the incentive that the party was hoping it was going to be the turn out be,” McIntosh said. 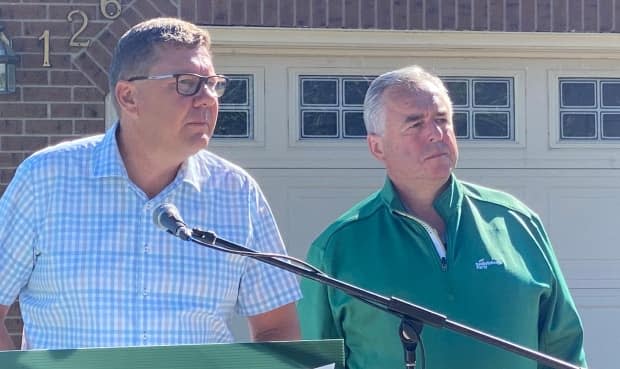 McIntosh said the win for Teed was “decisive,” but that the party still faces an uphill climb to prove “to the whole of the province, that they are an alternative government in waiting.”

“It doesn’t eliminate the fact that it’s still a very small caucus. There may still be some internal divisions within the party that have to work themselves out.”

McIntosh said Moe and the Saskatchewan Party may need to look at their urban base.

“I wouldn’t read too much into a single byelection, but it should be in the back of their mind that they may have some work to do in making sure that urban part of the base regains their enthusiasm.”

Other parties make no impact

Both the Saskatchewan Liberal Party and Buffalo Party had selected candidates before the byelection was officially called, with the Green Party entering the race shortly after.

Kenny called the effect of the three parties “minimal.”

“Ninety-five per cent of the voters voted either for NDP or the Saskatchewan Party, so Saskatchewan remains a two-party province.”

McIntosh said the results for the three parties are “not good news for any of them.”

“The Buffalo Party’s base is in rural Saskatchewan. It’s in small towns and in rural communities, it’s not in suburban Saskatoon. I’m not surprised the message didn’t resonate.”

Kenny said the low total from the Buffalo Party sends a message to Premier Scott Moe.

“If Scott Moe can take any comfort from this byelection, [it’s that] it won’t be necessary for him to kowtow too much to the element on his right, because really their impact was insignificant.”

As for the Saskatchewan Liberals, Walters said in a statement Monday night that “everything” needed to be analyzed.

McIntosh said the Liberals do not have a base to build on.

“The Liberals have got a long way to go in building an organization that would allow them to run more than one campaign at a time,” McIntosh said.