Brits by the Bess automobile present takes over downtown Saskatoon 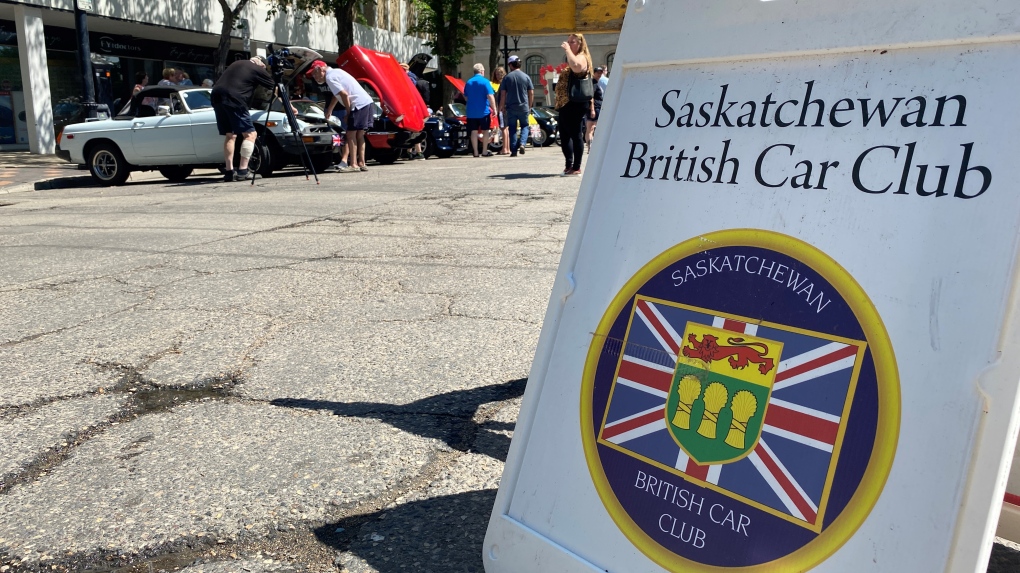 There was a British invasion of sorts in downtown Saskatoon on Sunday with roughly 60 classic cars using up the space in front of the Delta Bessborough Hotel for the 22nd running of Brits by the Bess.

Tyler Legacy bought his ’79 MGB last year, so the next logical step was to show it off at Brits by the Bess.

“It’s a pretty big day to get out and show off your ride and talk to people and meet new people that come to the show from all over Saskatchewan. Some people come all the way from B.C. and Ontario. To meet new people is always nice,” Legacy said.

Bringing this group of like-minded car collectors together isn’t just about proudly showing off their latest automotive project, it’s a way to exchange stories and ground themselves in their common love of British classic cars which are quite contrasting to the bulky muscle cars from North America in the same era.

Vice President Terry Yuzik remembers being 16 years when he was instantly drawn to the sleeker, smaller and more sensitive to handle European cars.

“I’d walk by a British dealership in Regina and I’d see these beautiful cars with bright colours,” he said. “They had things like disc brakes, rack and pinion one-to-one steering ratios … all these things going on that were used in racing. It made these cars exciting to drive.”

Alan Wilson was one of the founders of the car club 22 years ago when it was just him and a couple of other members. Within a few years, membership began to rapidly grow by the dozens to the 175 members that make up the club.

Looking upon the hundreds of people along 21st Street East to catch a glimpse of these cars reassured him of his original intention to hold British car shows in Saskatoon.

“It’s nice to see the people looking at the cars. It really is. (The club) started off with a few members and now we’re what? (175) members?” he said.

While this is a day each and every member looks forward to, nothing beats the conversations with like-minded car enthusiasts.

“There’s five or six cars here I haven’t even seen,” Yuzik said. “Because during COVID They worked on them and they built them up. Now, they’re showing them for the first time and that’s an exciting time.”

The other added bonus of these meetups is not only the exchange of knowledge but of hard-to-come-by parts as well.

“People are always looking for parts, right? I have another vehicle, it’s an Austin, and two people came and found me today and said, ‘I’m looking for Austin engines,” Yuzik said. “Well, I happened to just buy a couple of Austin engines, so I have engines for them.”

With the club always looking to attract and inspire new members, after 22 years many of its members can say it not only helped them build the car of their dreams but also build lasting, lifelong friendships in the process.

‘Extremely-low fare’ airline begins service to and from Saskatoon