Closing arguments made at Saskatoon little one abuse, neglect trial

A Saskatoon judge will decide next year if a woman and her boyfriend are guilty of assaulting, confining and neglecting two young boys. 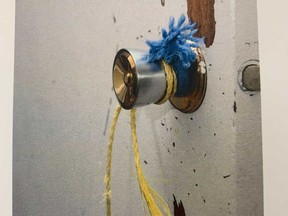 A Saskatoon judge will decide next year if a woman and her boyfriend are guilty of abusing, neglecting and confining her two young nephews, who were placed in her care.

The 38-year-old woman and her 30-year-old boyfriend will remain out of custody until the scheduled decision on Feb. 21 at the judge-alone trial, which began last December.

Closing arguments were made Wednesday in Saskatoon provincial court. The woman and her boyfriend are charged with criminal negligence causing bodily harm, assault with a weapon and unlawful confinement. The woman is also charged with two counts of failing to provide the necessities of life.

They cannot be identified because it would reveal the children’s identities, which are protected by a court-ordered publication ban.

The pair was arrested after a seven-year-old boy was found on the overhang of a Lenore Drive duplex on Dec. 7, 2020. Court heard he had climbed out the window of an empty bedroom where the boy and his four-year-old brother had been locked inside with a rope tied from the outer doorknob to a banister. 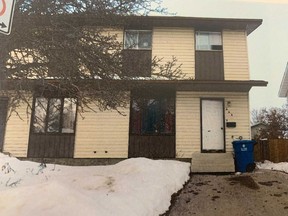 The Lenore Drive duplex where a seven-year-old boy who was locked in his bedroom escaped through the window on Dec. 7, 2020. Court exhibit photo

A child abuse investigation was launched, revealing numerous scrapes, bruises and scratches on the boys’ bodies. The oldest boy and the woman’s 10-year-old daughter told police that the woman beat them with a broom, a shoe and a belt. The boy also said his aunt punched and scratched him.

The woman testified at her trial and denied hitting, scratching or withholding food from the young boys, and said the marks on their bodies came from play-fighting and bullying.

She said it was the first time she had locked them in a room with a rope because she wanted to keep them in one place while she walked to the store with her daughter to get them medication.

Her lawyer, Blaine Beaven, told Judge Morris Baniak that he must consider whether this was a criminal act of unlawful confinement, considering her explanation and the short duration she said she planned to be gone.

Her testimony was logical, credible and reliable, Beaven said, adding she didn’t overstate her evidence or contradict any previous statements. He argued there were considerable contradictions between the child witnesses’ testimonies, and between what they told police and said at trial.

The evidence of children needs to be viewed through a different lens when it comes to reliability, Beaven argued.

The children were reliable and credible witnesses and should be believed because they had nothing to gain from lying, Crown prosecutor Lana Morelli argued.

The fact that they were excited to leave a home where they were denied food, beaten and locked in a room shouldn’t be held against them, she said.

Morelli argued the older boy was beaten so often that he could only remember specifics about beatings that were out of the ordinary, like when he said his auntie beat him in the closet because she thought he had opened the door.

His aunt’s boyfriend’s beatings stuck out to the boy because he was usually nice, she added.

Defence lawyer Jordan Graham argued the man was not an active caregiver but an uninvolved boyfriend who was simply living at the home, according to the woman’s testimony.

Graham said the boys never implicated his client in confining them, and argued the allegations that he assaulted the older boy on three different occasions were either not corroborated by the boy himself, later recanted as a mistaken memory or inconsistent with previous statements.

Morelli said the man was part of the boys’ lives whether he wanted to be or not, and had a duty to the children if he knew they were locked in the room. 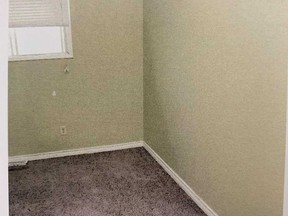 Dr. William Weiler, a pediatrician who assessed the boys, testified that their clustered injuries were inflicted and not accidental, and they were malnourished based on their low body weights and food-obsessed behaviour.

Beaven argued there’s no evidence that food was withheld from the children, and their weights could be explained by appetite-suppressing medication and naturally small stature.

Both lawyers argued Dr. Weiler’s assessment was biased because he knew the boys were brought in under suspicions of maltreatment. Beaven said he never asked the children how they got their injuries, and didn’t consider the marks in isolation.

‘It is regarding’: Saskatoon meals financial institution feeling stress of meals worth inflation