College of Saskatchewan researcher breaking down stereotypes in gaming – Saskatoon 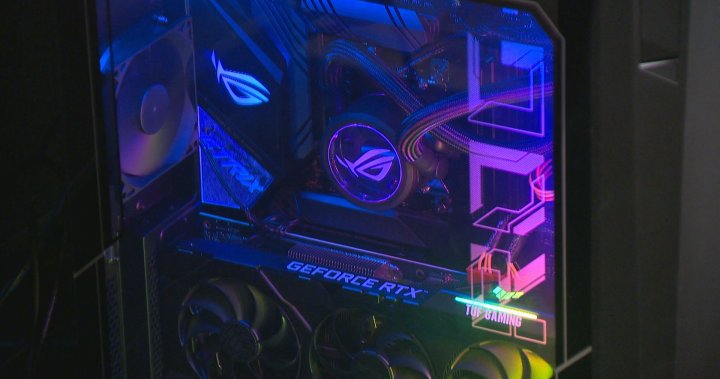 A researcher at the University of Saskatchewan is looking at ways to see video games as an antidote to distraction and procrastination rather than causing it.

Cody Phillips is a special lecturer in human-computer interactions at the University of Saskatchewan and said during the pandemic he would work long hours. Small breaks for video game sessions, he said, helped him be the most productive he’s ever been.

Phillips believes there is a reason people may view gaming negatively.

As long as it’s done in moderation, Phillips said it can help those psychological needs.

“I think that video games, if mindfully applied, can help kind of facilitate your psychological needs and give you the well-being pickup that you need in order to get back to work,” he said.

Children and teenagers are often thought of when it comes to video games. But according to Phillips, this is not the case.

“This idea that the average age of a gamer is quite young as a child, but realistically it’s now 33 which means we’re talking about lawyers, engineers, doctors,” he added.

The idea of video games as an escape isn’t new to a few Saskatoon game store owners.

“It is a relief. I don’t have the time to game like I used to with juggling a business and my family, so for me it’s a nice little escape every few days for an hour at most,” said Anthony Foster, owner of Next Level Game Exchange.

“Everyone’s got their to-do things in life and their stresses and everything that are everyday and having that little bit of time, I like to sit down some nights and play a couple games of NHL online kind of thing and it’s just a nice way to kind of forget about other stuff for a little while,” added Umair Khan, owner of Hi-Tech Gametraders.

Khan said he can see how some people play video games as procrastination but also said it can be seen as a reward.

According to Anthony Foster, so many people are attracted to gaming for a couple of reasons.

“It’s an excellent escape. Like I said, it’s great for playing with your friends, keeping social, team building. I just think it’s an excellent way to spend a little bit of your time,” said Foster.

Another thing Cody Phillips has done is made a bot in the popular social media app Discord, helping gamers know when it might be time to take a break.

“Would you like to continue playing and dismiss this notification or do you think you should keep playing, and with the hope that that might help people make more mindful decisions about their play,” said Phillips explaining how the bot works.

Phillips is a big advocate for video games being good for a person’s well-being.

“Video games are actually excellent for your well-being. There’s an overwhelming amount of research in the space now saying that they are good for things like depression, anxiety, catharses and mood relief, but also they are just good for your general psychology,” he said.

However, there are some games he believes are not great for his methods.

Phillips said he is currently in the very beginning stages of his research, but to accommodate him, he has received a grant of $25,000 a year for the next five years from the Natural Sciences and Engineering Research Council of Canada.

He hopes to tap into this side of gaming never looked into before.

Rams resolve to return to Saskatoon after nail-biter towards Huskies