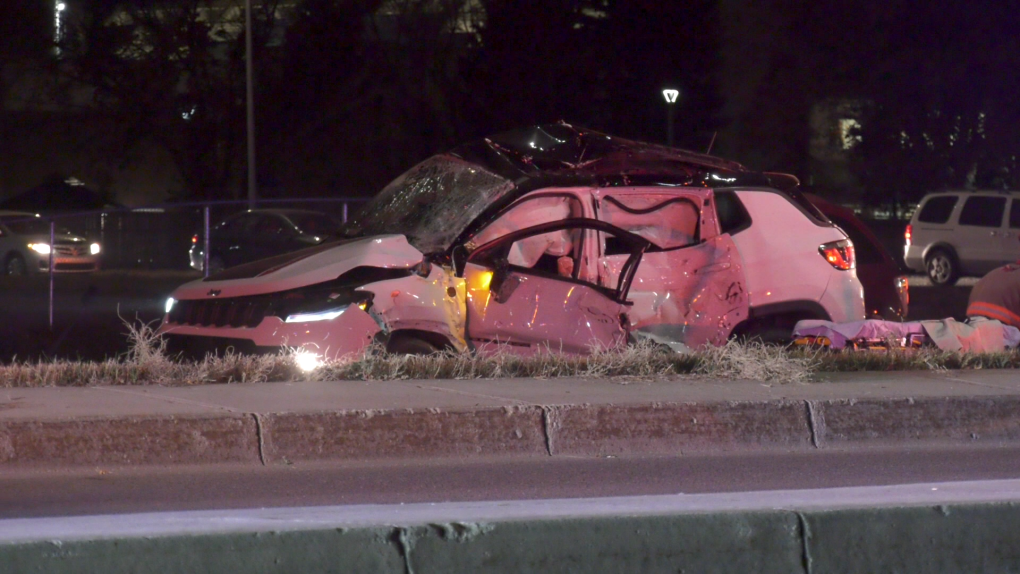 Saskatoon emergency crews responded to a vehicle collision between a semi and SUV in the area of 22nd Street and Diefenbaker Drive Friday night.

Fire crews responded after reports of possible entrapment, according to the Saskatoon Fire Department (SFD). Crews arrived around 10:45 p.m. on Oct. 7, and found two people trapped in the SUV.

“The driver’s side door required removal with hydraulic tools. Two patients were in the vehicle, a driver and a front passenger. The passenger door was able to be pried opened by firefighters without tools,” an SFD press release said.

Crews rescued a woman from the passenger side of the vehicle and began medical care.

Other fire fighters were able to rescue the male driver after removing the driver door around 10:54 p.m. Emergency workers then began to treat the man for his injuries, SFD said.

Both patients were taken to hospital by ambulance, according to SFD.

“Three SFD primary care paramedics rode in the ambulances to the hospital to assist the ambulance crews with patient care. Our firefighters were picked up at the hospital and returned to their fire stations,” SFD said in its news release.

The condition of the patients is not known at this time.

Fire crews were called out to the scene a second time around 7:55 a.m. on Saturday to clean up liquids that were on the road.

The Saskatoon Police Service is investigating the incident.

‘He is liable to being focused’: Afghan refugee elevating cash to assist deliver brother to Saskatoon

Saskatoon council approves looking for guidelines on claims towards Donauer