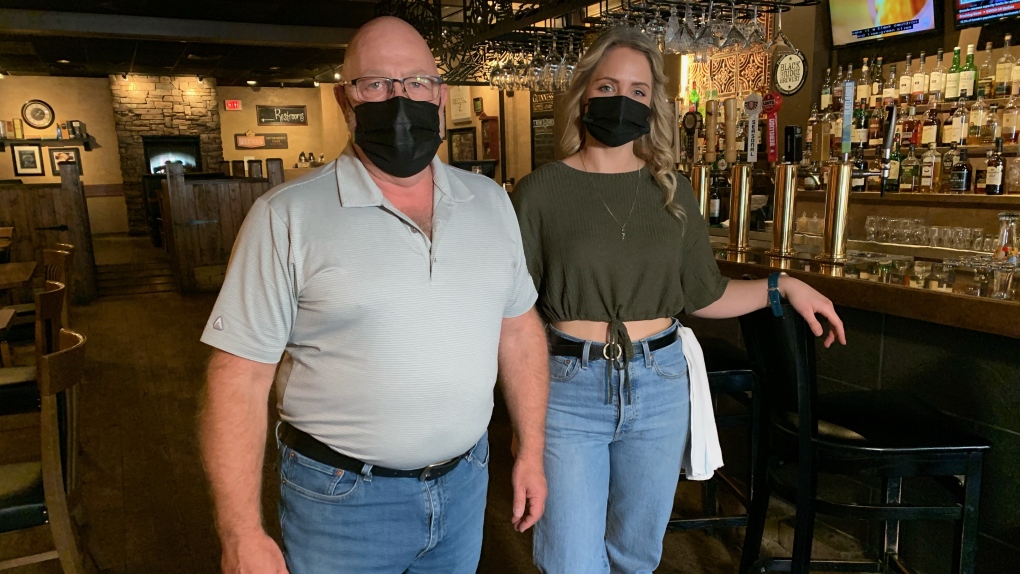 With the end of the Canada Recovery Benefit, the co-owner of two Saskatoon pubs says he expects to see more people looking for work.

“When the bank accounts run dry, then they’re going to realize that it’s time to get up and go back to work,” said Arno Oldach, co-owner of the Rook and Raven and the Yard and Flagon.

Oldach said over the last eight months, it has been a challenge not only for him but for others working in the hospitality sector to hire people to work in the kitchen as cooks and dishwashers.

“You could put out as many ads as you wanted to and nobody was showing up … they weren’t even applying. There was nothing, just silence,” he told CTV News.

“I’ve never seen anything like this and I’ve been in this industry for a very long time.”

Oldach believes that trend was largely caused by the Canada Emergency Response Benefit (CERB), a federal program that offered financial relief to Canadians from March 15, 2020 to Sept. 27, 2020. It was replaced largely by the Canada Recovery Benefit.

“It was disappointing, but I can’t blame these guys. Everybody’s getting $2,000 a month on CERB,” he said.

“It became a great divide. There is the people that would have two or three jobs and then the ones that had CERB, and you either had the staff that worked a ton, or the staff that didn’t work at all.”

Businesses in Saskatchewan and across the country have reported staffing shortages over the last few months.

With the change, Oldach said he expects to see more people returning to the workforce, but his pubs won’t be taking on new people until they get busier.

“Businesses have streamlined so much that they don’t need all these people, and these people are now going to be coming off CERB and there’s probably nowhere for them to go.”

Terrence O’Connor said he was on CERB when it first began as he was unable to work since his partner at the time was immunocompromised.

“It was the difference between losing the place that I lived, not being able to eat … definitely life and death.”

O’Connor, who works at a phone store, said he ended up going back to work six months later, as his work was able to offer online and pick up orders.

However, with many businesses reopened to the public and offering in-person services again, he understands why others may be hesitant to return, even with the Canada Recovery Benefit ending.

“Even now, I could see the reason why people wouldn’t want to go back to a place like where I work where it’s constantly like 10, 12 people in the store talking to you.”

MANY WORKERS HAVE MOVED ON

“A legitimate fear of COVID and especially in those industries that were customer-facing or people-facing. If I had young kids at home, if I was taking care of an elderly parent, that may have influenced whether I come back to work or not.”

Hemani said with vaccine mandates now in effect and the Canada Recovery Benefit ending, that apprehension is starting to go away.

However, Hemani anticipates the hospitality sector, which has been one of those hardest hit during the pandemic, will still face challenges recruiting people.

“It’s traditionally a minimum wage role and I think many individuals that were in those roles are likely to have retooled and reskilled and found other employment, so they’re not going to go back to a hospitality role. There’s also a possibility that because of the uncertainty that hospitality has experienced, I think folks are looking for something with a little more stability.”

Lori Johb, president of the Saskatchewan Federation of Labour, said the end of the Canada Recovery Benefit will be challenging for some people and that the pandemic has brought light to larger issues.

“What we’ve seen and what we’ve realized especially during the time of COVID, but even before that, our minimum wage is far too low,” she said.

“It’s very discouraging when you hear people saying that people don’t want to work, that they’d rather stay home. And you know what, those decisions are being made because they don’t have another choice. They can’t afford to go to work and make less money because they’re not making ends meet. It’s a very sad state of affairs.”

Johb said she would like to see employers, specifically, large companies, pay their employees more and for the province to raise the minimum wage.

Saskatoon researchers work on ‘roadmap’ for digital well being care