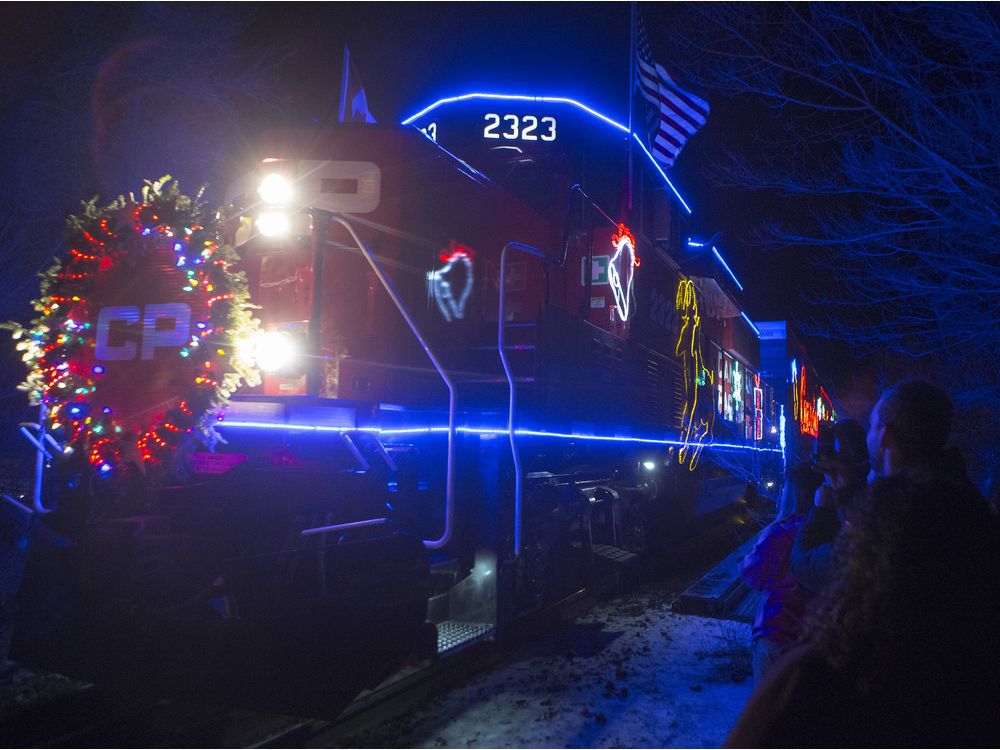 The CP Holiday Train arrives to make a stop at the 7th Avenue Railway overpass on Dec. 6, 2015. Photo by Liam Richards /Saskatoon StarPhoenix

The CP Holiday Train is rolling into Saskatoon this week.

The train is set to arrive Wednesday at the Canadian Pacific Railway overpass on Seventh Avenue North, at the corner of Warburton Street and Seventh Avenue North. Musicians Scott Helman and Madeline Merlo are scheduled to be on board to perform a free concert.

City of Saskatoon crews will have 33rd Street closed at Seventh Avenue starting at 6 p.m., with the train due to reach the overpass at 8:35 p.m.

The train raises money for local food banks in each community it visits. Other Saskatchewan stops on Wednesday’s route include Bredenbury, Foam Lake, Wynyard and Yorkton. The train is scheduled to stop Thursday in Wilkie and Macklin before moving along into Alberta.

The Holiday Train has raised more than $15.8 million and 4.5 million pounds of food for North American food banks since 1999.

The CP Holiday Train over the years

A decorated locomotive parked Dec. 8, 2009 at the CP Sutherland Yard as the CP Holiday Train made a brief stop in Saskatoon while traveling across the country to raise money for local food banks. Photo by Greg Pender /Saskatoon Star Phoenix

We apologize, but this video has failed to load.