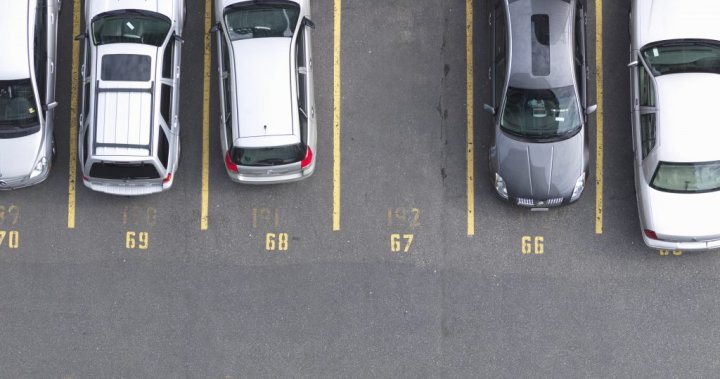 The city is looking to address a parking shortage that could be the result of several new proposed developments downtown.

Downtown has more than 8,000 public parking spaces that are expected to be utilized with the possible development of a new Downtown Event & Entertainment District.

Planning for the entertainment district is still in the preliminary phase, meaning no design details are available and options for a location are to be announced as soon as possible.

Dan Willems, Director of Technical Services with the City of Saskatoon mentioned there is lots of parking at Saskatoon’s current facility, SaskTel Centre, which is home to the Western Hockey League (WHL)’s Saskatoon Blades and the National Lacross League (NLL)’s Saskatchewan Rush and has around 4,000 stalls.

However, the move downtown would not be for more space, but rather more attraction.

The city has been looking at other event centres similar to what they want to build, such as Edmonton’s Ice District, which is home to the Roger’s Centre Arena.

“When you think about an arena being an evening animation type facility, where events occur in the evening, lessons (can be) learned from Edmonton, a very similar example with a downtown arena. Their commercial parking and public available parking in downtown Edmonton was used quite a bit during the day, but before their arena moved downtown, it was a ghost town over there. So taking full advantage of the capacity that’s already built is one of the benefits of building the arena downtown,” said Willems.

“We do expect that additional parking will be provided in closer proximity to the arena itself,” said Willems.

While Keith Moen with the Saskatoon Businesses Association agrees the arena will be a welcome addition to downtown, he said parking might be tight and people may need to make use of alternatives like public transit or walking.

“Saskatoon drivers are notorious for wanting to park right in front of the store or the venue that they’re going to and they might have to change that mindset a little bit,” said Moen.

The city approved a Bus Rapid Transit (BRT) system in 2019, which is expected to be open for use in 2026 and be the backbone of Saskatoon Transit.

An advocate with Bus Riders of Saskatoon, Robert Clipperton points to Montreal and Calgary as examples and said it is best to use transit in larger cities, especially for sporting events, and taking the bus could be the future for Saskatonians.

“I think as Saskatoon grows, becomes more developed, some of those many many many downtown parking lots will disappear and hopefully be replaced by thriving businesses,” said Clipperton.