Dwell massive in Memorial Metropolis: Saskatoon’s Metropolis inside a Metropolis is getting daring with Lodge ZaZa Residences and walk-in perks galore 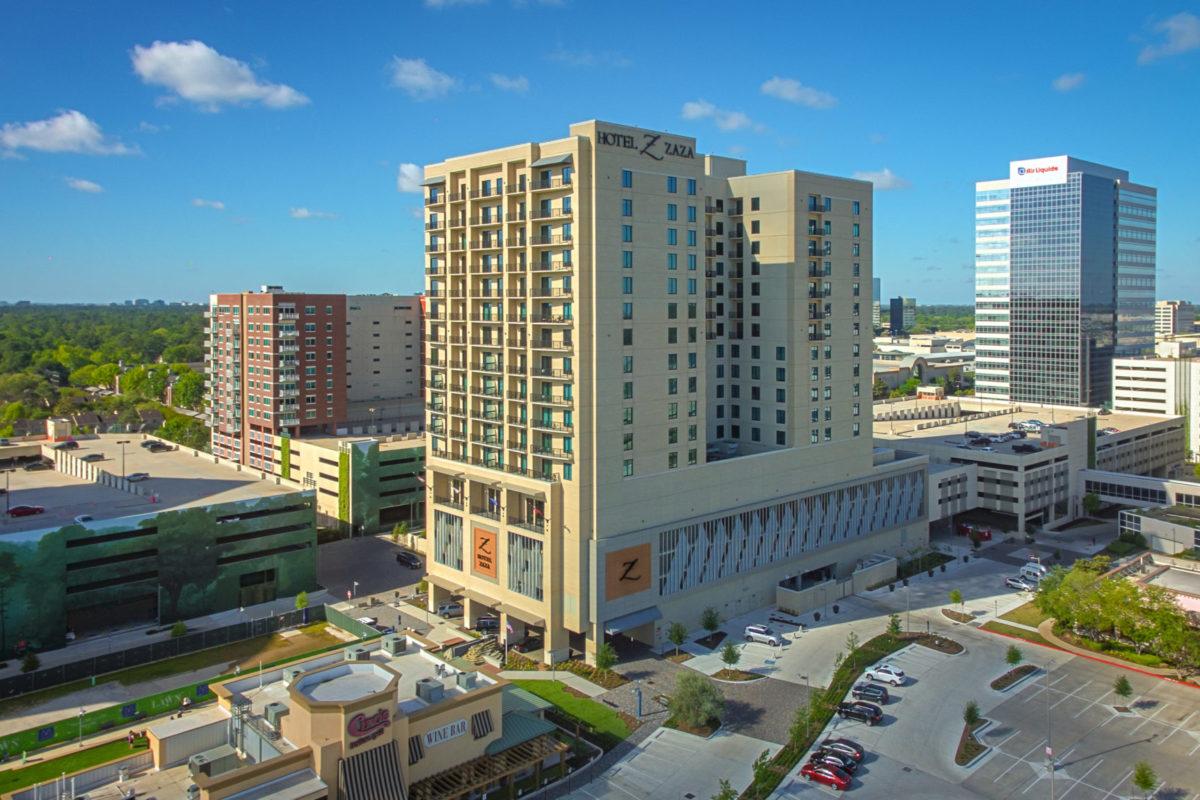 S.Jason Johnson stands on the balcony of the Sky Lounge and looks out at Memorial City spreading around him. He sees the future. In many ways, this future is a continuation of the bold vision of his grandfather Joseph Johnson, who bought 200 acres of mostly cattle and farmland in 1959 and spoke openly of building “a city within a city.” This city is already here – and only growing.

Now urban life is catching up.

“People want to live where they work,” says Jason Johnson. “More than ever, they want to make a living from restaurants and entertainment and exciting things they want to do.”

You can’t do much better on the fronts that live on a Hotel ZaZa. This is where The McCarthy comes in, MetroNational’s new seven-story, sky-high apartment complex (it’s the top seven floors of the larger ZaZa Tower hotel). It’s a tall, luxurious piece of that new urban residential puzzle in Memorial City, but it’s not the only piece. MetroNational will also open The McAdams in January, a new eight story skyscraper just half a mile away on Barryknoll Lane.

MetroNational offices are already planning to continue working on it.

Jason Johnson is the youthful looking president of MetroNational, the company founded in 1954 by his grandfather who built the Memorial City Mall and everything around it. Memorial City hasn’t been an offshoot of Saskatoon in a while. It’s an epicenter of its own – and these new developments reflect that. It’s also become almost quietly one of the best areas of Saskatoon to walk to.

When Johnson takes me on a tour of The McCarthy, shaking off most of the details of the complex without looking at notecards or reference materials dressed in a perfectly pressed suit on a hot Saskatoon day, it becomes clear that this is a development company means business. One with a keen fixation on the details.

“We’ve always been a forward-thinking company and that continues to this day,” Johnson told PaperCity. “We have a vision for the future.”

It’s likely a vision that exceeds others’ expectations. After all, a decade ago it would have been unthinkable to imagine a Hotel ZaZa in Memorial City. And no one resisted limited thinking as much as Johnson’s grandfather with that original Memorial City land purchase.

Now that the ZaZa is strong, the luxury apartments above are on their way to fill up. While Eloise may have dreamed of living at The Plaza, her hipster cousin would have chosen a Hotel ZaZa.

The residents of the McCarthy get their own, almost hidden door to the hotel – and their own entrance and drive into the separate lobby of the apartment complex. With just 133 units, this is more of a retreat within a retreat than an expansive space precisely tailored to the maximum number of apartments.

Of course, residents who want the party atmosphere just have to immerse themselves in the well-known pool scene of the Hotel ZaZa. The party is almost always downstairs when you want it – and just gone when you don’t.

The McCarthy also has its own chill pool that is only available to residents.

McCarthy residents can use the ZaZa Hotel’s free car service (everyone will recognize these distinctive SUVs) for journeys within three miles of the building.

“You could live here, work here and play here and most days certainly not need a car,” Johnson told PaperCity.

The city within a city has grown up – and continues to grow. That means more options – from living on the hippest hotel brand in Texas to the brand new McAdams Mid-Rise with 333 units. With its rooftop infinity pool and zoo with a view, The McAdams caters to young professionals who work in the nearby hospitals and office buildings.

More and more distinctive restaurants in the area are all about embracing what is on your doorstep. Or at least a short walk away.

In the case of The McCarthy, this walk never has to leave your building. Hop on the elevator and quickly zoom in to the Tipping Point restaurant on the ground floor of the Hotel ZaZa, which has an impressive terrace scene. There is nothing better than being a regular in a cool restaurant and knowing that your bed is actually only upstairs.

You are not just a hotel guest. This is your home

As the Texan economy is booming again, more and more people are moving in and looking for a home. And maybe a city within a city.

MetroNational’s plans certainly do not provide for any slowdown.

Everyone has to live somewhere. Some houses are just more unique. Some are even in trendy hotels.

The 25th annual menorah lighting ceremony is held in Saskatoon