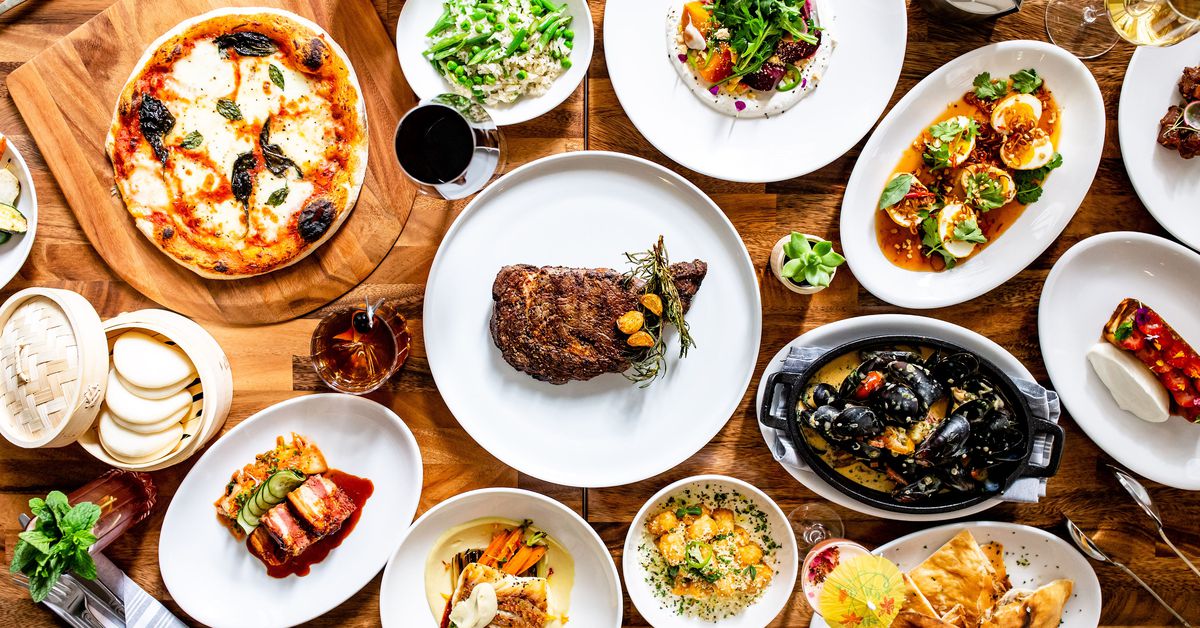 A chic new restaurant will open in early 2020 in one of the most iconic buildings in downtown Saskatoon.

Named Nash, the restaurant will open its doors in January 2020 at the Star, known to most Saskatoonians as the Texaco building. The space becomes a floor-to-ceiling bar, an open kitchen with a pizza oven, and an outdoor patio where you can bring your dog to happy hour. The kitchen in this “American restaurant and bar” is headed by the acclaimed chef Omar Pereney, who previously worked as head chef at Peska Seafood Culture.

The Nash has a relaxed atmosphere and serves an eclectic menu of snacks and dishes that he describes as a “love letter to American food” in a press release, as well as plates inspired by Pereney’s Venezuelan heritage. Dishes include Korean-style bacon glazed with gochujang barbecue sauce, short rib papardelle in 12-hour ragu, and pizzas with ham, bacon, and corn. The menu also includes tequeños, or bites of pastry-wrapped Venezuelan cheese, served with a range of dipping sauces.

It’s exciting to see Pereney back on Saskatoon’s dining scene. The chef has been working as a culinary consultant since 2018 when he won a battle with his former employer Peska Seafood Culture over a non-compete clause that literally didn’t allow him to cook in Saskatoon. With this litigation pending, Pereney was banned from working in restaurants within 20 miles of Harris County for nearly a year.

The Nash will debut in mid-January 2021. Look forward to an official opening date.