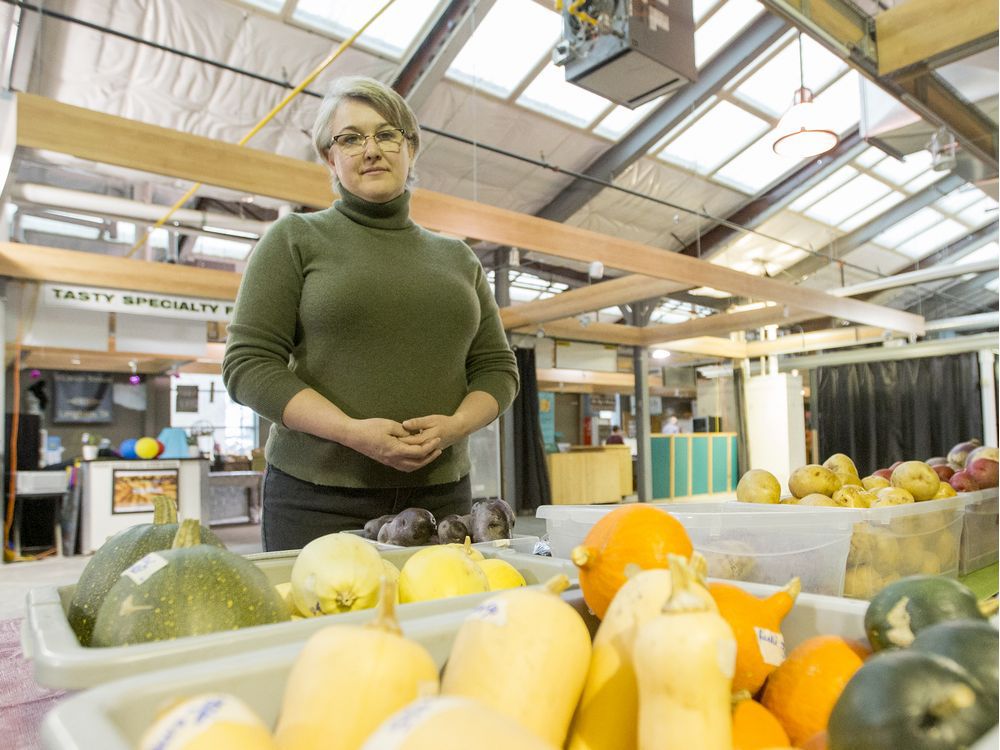 The market, slated to relocate from Riversdale to the city’s north next month, is one of the only places to buy fresh produce in the city’s downtown and west-central neighbourhoods.

Researchers have termed the region a “food desert,” where access to groceries is almost nonexistent.

“Grocery stores really have followed the money to the suburbs,” Saskatoon Food Council president Gordon Enns said. “Basically in the core area we don’t have access to good, fresh food.”

Professor Rachel Engler-Stringer at the University of Saskatchewan’s College of Medicine has been studying access to food in Saskatoon’s neighbourhoods for years. She says the farmers’ market move is the latest in a trend of decreasing access to healthy food in lower-income communities.

“The west side of Saskatoon was already very poorly serviced from a grocery store standpoint,” Engler-Stringer said. “With the farmer’s market moving, what little access to fresh fruit and vegetables there was will be further diminished.”

The market operates three days a week. It’s moving because the city, which owns the building, wanted the space to be actively used six days a week, which Saskatoon Farmers’ Market Cooperative executive director Erika Quiring said is not feasible.

Quiring worries it will affect food access for local residents without the means of travelling far for groceries.

‘Chicken and the egg’

The roots of Saskatoon’s food desert are complex, but many say it comes down to money.

A 2017 market study by the Saskatoon Regional Economic Development Authority found the downtown didn’t have a sufficient population to support a store.

The Good Food Junction, a co-op grocery store meant to address lack of access to groceries on the west side, closed in 2017. Engler-Stringer said its average transaction size was often in the $5 to $10 range.

“You can’t keep a store running on purchases that are that low,” she said. “Income levels are so low that people don’t have money to buy food, period.”

“Grocery stores don’t get business, so they move elsewhere, and people in those areas are even more food insecure and even more unlikely to purchase things at those stores because they can’t access them.”

While the market — and CHEP — aren’t one-stop supermarkets, the loss of the farmers’ market is another step backward for local food, van de Velde says.

For people without a car, grocery shopping options are limited in the core areas.

Ward 2, which includes Riversdale and Pleasant Hill, currently has a population of more than 20,000 people — but not a single supermarket.

Coun. Hilary Gough said her constituents without cars are forced to rely on convenience stores with limited, less-healthy offerings.

Engler-Stringer terms those areas “food swamps” — places where there’s a dearth of healthy options and a glut of unhealthy ones.

She said the combination of limited choices and walking nudges consumers toward unhealthy foods, simply because it’s the only option.

“We like to say ‘It’s a lot easier to carry a bag of chips than a bag of potatoes,’ ” she said.

Gough said the city’s request for proposals for the market’s current venue in Riversdale requires a market for two days a week, to which she’s “absolutely committed.”

She hopes the move will have no impact on food access in the community, but she wants to see a grocery store in the area soon, both to encourage new residents to move in and to serve people who live there now, she said.

“It’s absolutely an inequality or an equity issue. Income plays a huge role in peoples’ ability to access the groceries that they need.”

Enns said the problem is more complicated than the lack of a supermarket.

He noted lack of nutritious food has countless spillover effects, ranging from crime to poor health to child development issues. He wants to see a multi-pronged food strategy to tackle the issue, something city hall staff have discussed, he said.

“We have to break down the silos, not just look at things from a one-issue perspective.”