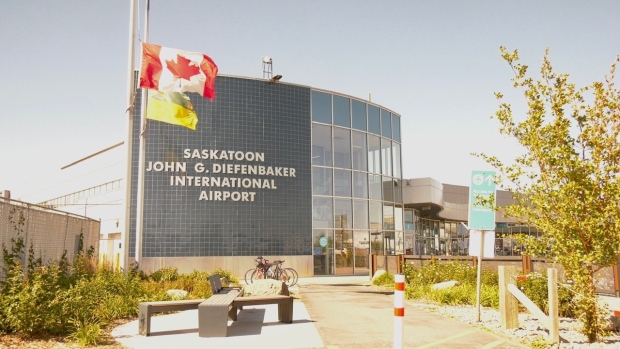 SASKATOON —
The Saskatoon John. G Diefenbaker International Airport is receiving close to $13.8 million from the federal government to support its pandemic recovery.

“As an airport that’s an economic driver for the region and one that was so heavily impacted by the pandemic, we are just so grateful and thoroughly welcoming the funding contributions announced by the federal government,” President and CEO of the Saskatoon Airport Authority Stephen Maybury told CTV News.

Maybury says the airport experienced a 98 per cent decrease in passengers and is currently between 55 to 60 per cent of the activity it saw in 2019.

Most of the money, $10.9 million, is coming from the Transport Canada’s Airport Critical Infrastructure Program.

The money will help with the rehabilitation of the primary runway and apron pavement surfaces, installation of a new LED runway edge lights and replacing select storm drains, according to a news release.

“It’s a very material contribution to restart these planned projects. So these were projects that were planned to be completed but were impacted by the pandemic so that we can restart them for the benefit, safety and security of the airport,” Maybury said.

The airport will also receive $2.8 million from Transport Canada’s Airport Relief Fund to help it maintain airport operations and essential air services for residents and workers in Saskatoon.