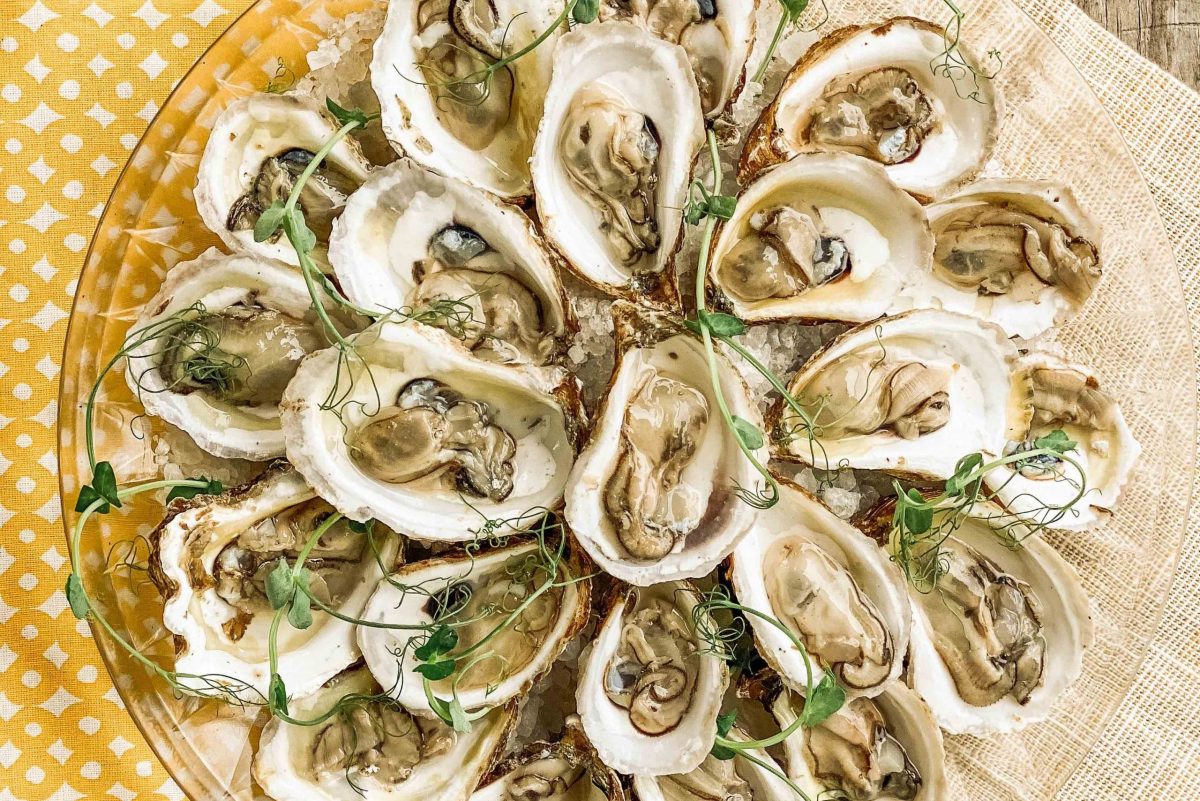 After a few weeks of cocktail and happy hour service only, Acadian coast has officially opened for dinner. Located in the East End at 2929 Navigation, the restaurant now brings Acadian and Creole flavors to an area that has long been known for some of the best Mexican food in town.

The restaurant is a partnership between John Avila of Henderson & Kane General store and Bruce Gingrich of Corky’s barbecue. cook Jean-Philippe Gaston assisted with the early menu development, but went further; Avila is now occupying the kitchen. The concept combines seafood on the Gulf Coast with the flavors of the Creole country of Louisiana and the Canadian Acadia, making use of the cooking traditions of the American South. The cocktail menu features drinks inspired by New Orleans.

The bar on the Acadian Coast. Photo by Sandra Crittenden.

The menu is currently focused on seafood, but there are plans to add hearty meat dishes in the near future. Avila said sourcing quality game meat was more difficult than expected, so some of the ambitious things planned, like the rack of moose ribs, are now being temporarily put on hold. That said Duck confit with dumplings and a rabbit dish will be added soon. Avila expects the menu to change with the seasons.

My group of three arrived on Tuesday evening to make reservations on the terrace. It was below 60 degrees and the heaters they ordered hadn’t arrived so we opted for an inside cabin instead. My daughter and I ordered cocktails from the classic menu. I chose a season Gin and tonic and she ordered a Pimms cup. My husband opted for an iced tea that came with only sugar as a sweetening option, which was surprising. Both cocktails were refreshing and very pleasant, but purists could argue about whether a Pimm’s Cup with Luxardo maraschino liqueur or a gin and tonic with Braulio and vermouth are considered a classic rendition.

Our cold seafood selection came with the cocktails: raw oysters on the half-shell and Red Snapper Crudo. The oysters tasted very fresh and were served with mignonette, cocktail sauce and crackers. The crudo looked a bit bland, despite being well dressed with herbs, red onions, avocado, and a honey and citrus sauce. Next was a Heirloom tomato salad with burrata, crispy basil and lemon and herb dressing. It was bright, lively and enjoyed by everyone.

The heirloom tomato salad on the Acadian coast. Photo by Sandra Crittenden.

Our Crab cake and the Shrimp broochette were the first hot dishes to arrive. The crab cakes were the undisputed table favorite, served over a brisk lemon and dill aioli and, despite being from the “smalls” menu, were two generous cakes for $ 13. While the menu stated that it was jumbo lump crab, the crab meat was well mixed with breadcrumbs so no large pieces were visible. The shrimp brochure was served on a skewer over a bed of dirty rice, with crispy pieces of bacon on the side, instead of being wrapped around the shrimp as expected. That said, the dirty rice was excellent and we all really enjoyed the presentation. We had the starter version (5 medium shrimp for $ 9) but there is an appetizer too.

The seafood platter on the Acadian coast. Courtesy photo.

For the entrée, we decided on that Seafood platter That comes with catfish, shrimp, oysters, and a soft-shelled crab. All seafood is available fried and come with small potatoes and coleslaw. We easily replaced the oysters with additional shrimp. The platter was generously loaded and everything tasted fresh, crispy and tasty. We enjoyed two additional cocktails with this class: a frozen ginger mule and a lily. Both were good, but the seasonal gin and tonic was my favorite drink of the night. Other starters were Seafood gumbo, Prawns & cheesy grits and a Sirloin steak.

Other options at the bar include a wide selection of craft beers – both on tap and in bottles and cans – a small selection of French wines by the glass, as well as a California Cabernet and several other cocktails. Avila says the wine list will soon be expanding and mentioned a newly discovered Texas rosé.

The cocktail menu on the Acadian Coast has something for everyone. Photo by Sandra Crittenden.

The happy hour lasts from Tuesday to Sunday from 3 p.m. to 6 p.m. and offers reduced prices for drinks with recommended small snacks from the menu as well as a sausage and cheese platter. There are also $ 1 oysters for happy hour on Sunday. Beer prices start at $ 4 by the glass, while wine is $ 6 and frozen and draft cocktails are $ 8. The Acadian coast has a large terrace with bar seats inside and out. Live music on the terrace is part of the ambience, as the restaurant has a permanent stage that can accommodate a number of planned musicians. Two fire pits provide nominal heat, but additional heaters have been ordered and should make the room more comfortable in the colder months. Avila said the frozen beverages were hugely successful in the early warmer days, with the fall aromas of the milk punch being a crowd pleaser.

The fritters on the Acadian coast. Courtesy photo.

We packed our food donuts served with two dipping sauces, pink peppercorn and chocolate chicory. This was a perfect way to end the evening and easy to share for three people. Other dessert options are a Three-layer chocolate cake, Strawberry Cream Bread Pudding, Sweet potato cake and a Key Lime sundae.

Live music on the terrace on the Acadian Coast. Photo by Sandra Crittenden.

The Acadian Coast is currently open Tuesday through Thursday from 3pm to 11pm, Friday and Saturday from 3pm to midnight, and Sunday from 10am to 8pm. Reservations are recommended. The lunch break will be added shortly and the morning fritters and coffee service will follow.

Have you got any value from this item? We rely on our readers and sponsors to cover monthly expenses such as authoring and social media fees, administrative expenses, web development, software, online services, website hosting and more. Can you only collect $ 5 a month to keep our coverage going? (Not tax deductible.) Thanks in advance for supporting local journalism! Email us to become a sponsor company and advertise on the Saskatoon Food Finder.