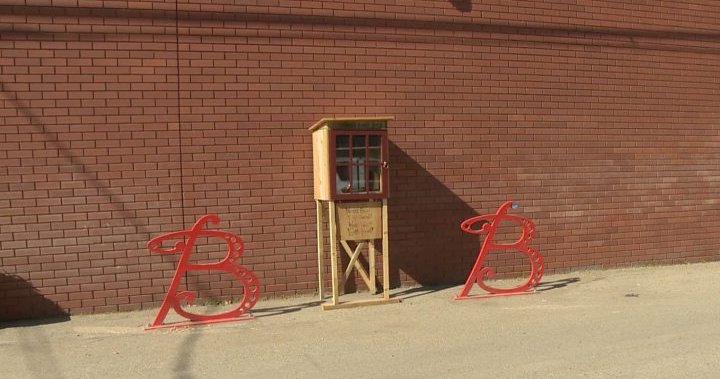 People in Saskatoon are turning to boxes in back lanes to find food, but it’s put there by volunteers wanting to feed the hungry.

Anyone with food to spare can leave it in one of two wooden boxes and anyone who needs it can pick it up.

READ MORE: Lethbridge woman provides food to those in need with box in front of her home

Co-organizer Frank Collins lives in the Broadway area, not far from a back lane box near the corner of Main Street and Broadway Avenue.

Any type of food is welcome.

“There are some baked goods in there right now, which is pretty cool,” Collins said.

“We’re not worried about it expiring or going bad because there’s such a quick turnover on it,” he added.

Another ten boxes are expected to be crafted at a ‘buildathon’ scheduled this Saturday at 10 a.m. at 1105 13th Street East.

While some may be concerned the effort could reduce donations to places like the Saskatoon Food Bank & Learning Centre, its executive director welcomes the idea.

The food bank’s Laurie O’Connor called it “a great thing for people who are accessing our services if they’re in those neighbourhoods because they can have access when we’re closed.”

There are inherent risks: recipients don’t know what’s in the food, who put it there or where it’s from. The people giving aren’t sure who is taking it away either.

“Anybody who needs it can take it. And if they don’t need it and they take it, well, that’s kind of on their conscience, not ours,” Collins said.