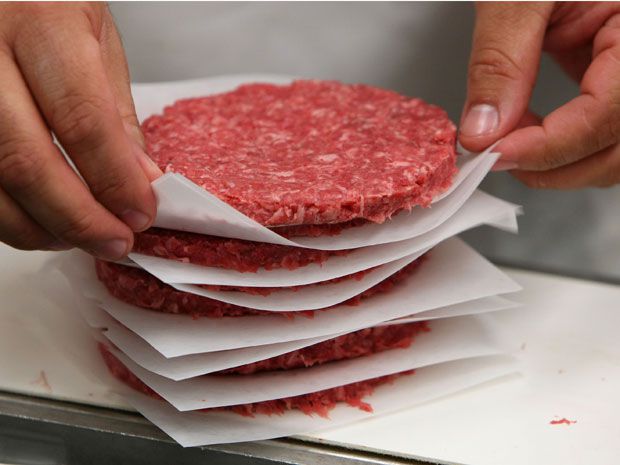 The frozen beef products affected by a growing E. coli-related recall all came from a Saskatoon-based food-processing plant that has since stopped operations, a government official said Tuesday.

The frozen beef products affected by a growing E. coli-related recall all came from a Saskatoon-based food-processing plant that has since stopped operations, a government official said Tuesday.

Garfield Balsom, food safety and recall specialist with the Canadian Food Inspection Agency, said all the beef burgers and steakettes in question were made by New Food Classics in a Saskatoon plant, which has since gone into receivership.

“This establishment is no longer in business,” he said.

New Food Classics had its head office in Burlington, Ont. Workers arrived at plants in Saskatoon and St. Catharines, Ont., in January to find they had been locked out.

A phone number for customers provided by the inspection agency for New Food Classics — written on a health hazard warning issued on March 13 — is no longer in service.

Balsom said operations at this plant stopped after the CFIA began an investigation related to this recall on Feb. 15 as a result of a complaint of involving someone who had become ill after consuming products from this business.

The CFIA’s first recall was issued Feb. 18. On Tuesday, it was expanded to include the more than 135 products now being taken off shelves for fear they could be contaminated with E. coli.

The products have been distributed nationally to stores, restaurants and institutional establishments, said the CFIA, a federal government agency.

The products were made at the Saskatoon plant between July 1 last year and Feb. 15. Balsom could not comment on whether there was a connection between the current recall and the plant’s closure.

Phone numbers listed for the company were not being answered Tuesday.

The affected products can be identified by an “establishment number,” or EST, of 761, which appears on the packages, cartons or cases.

So far, just one illness associated with eating one of the affected products has been reported.

Symptoms of the potentially deadly bacteria, which usually start within three to four days of eating contaminated food, usually last from five to 10 days.

They include severe stomach cramps, diarrhea (often bloody), vomiting, nausea, headache and little or no fever.