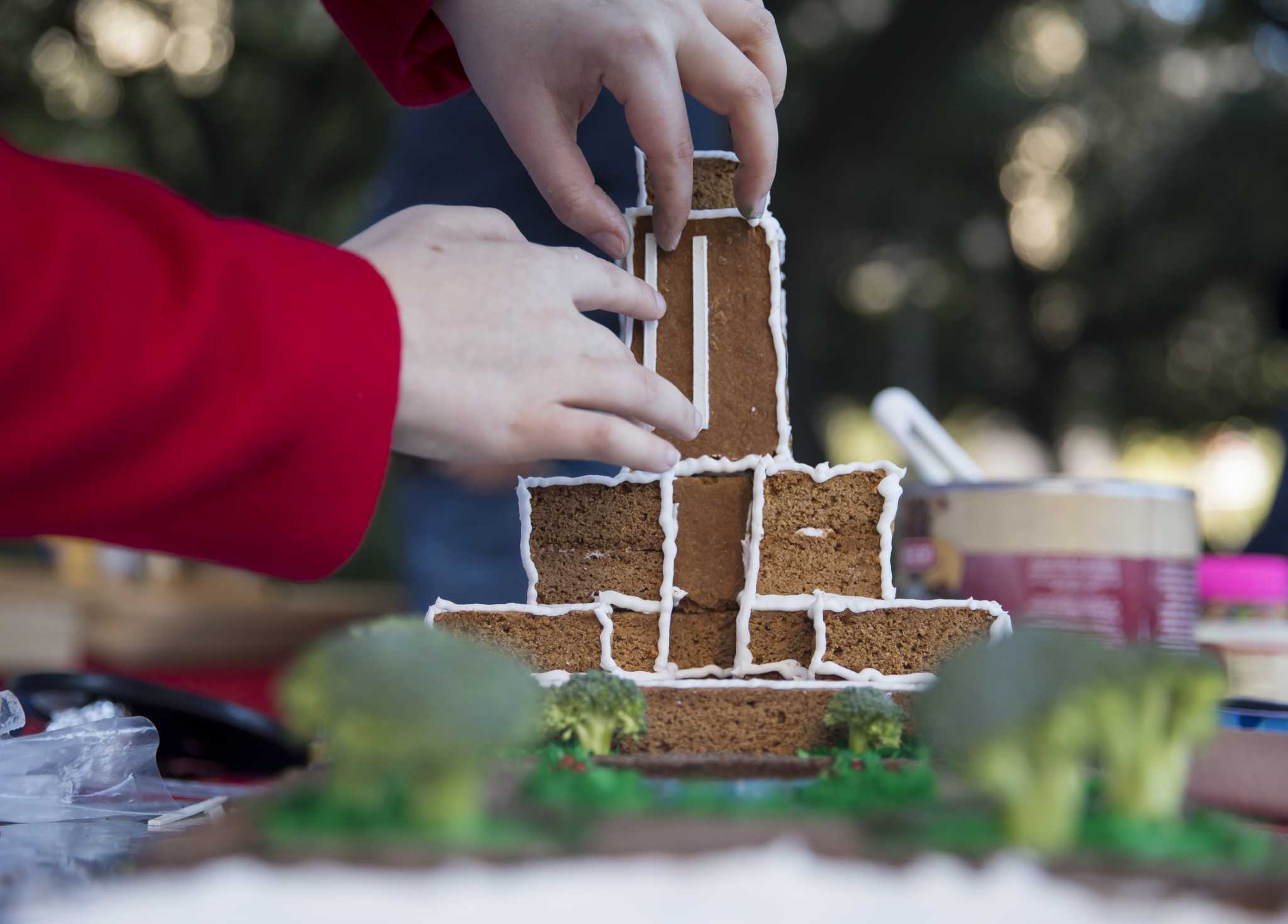 A team of employees from Thomas Printworks designed and created a gingerbread interpretation of “Gingerassic Park” for four months.

After winning the Gingerbread Build-Off of the Architecture Center Saskatoon four times, the team’s barn with a corrugated iron roof made of lasagna and spray-coated silver and a gummy bear swimming in chocolate pudding fell short last year.

One of his best works, said team member Ed Stevelman, 64, but they went home empty-handed.

“The winner was a blank box,” he said. “A literally white box of gingerbread, covered in fondant. We’re in to win it.”

For a registration fee of US $ 125, 35 teams competed on Saturday at the 9th annual event in Hermann Square for the coveted Gingerbread Man trophies, including the “Grand Prix de Show” and “Public Favorite” – plus boasting rights and a £ 2 Price. Peppermint log dipped in chocolate from local pastry chef Candylicious.

“The event is really about building awareness and having fun about the Saskatoon Architecture Center,” said Mat Wolff, the centre’s assistant director.

The centre’s new offices on Commerce Street, which also houses the Saskatoon chapter of the American Institute of Architects, are across from Buffalo Bayou and flooded during Hurricane Harvey – just weeks before the state-of-the-art flood protection system was implemented. The competition provided much-needed relief.

“It’s really a high point for the members,” said Wolff. “We have members whose homes or offices are flooded and who can bring their kids and come out are having a great time. We’re not slowing down.”

AIA provided basic building materials and several teams sculpted Saskatoon landmarks out of candy, pastries, and even fruits and vegetables if required for the “Saskatoon-centered” category.

The new award came into being after a hectic year for Saskatoon – following the devastation from Hurricane Harvey, victorious redemption by the Astros, and the one-time snowfall Thursday, Wolff said the spirit of the city had bestowed it.

“This is actually the first year in a while that no one is doing the wall of water,” he said.

Architecture and interior design firm Huitt Zollars AdvanceDesign scaled down their own plans for the famous Marriott Marquis Hotel, just blocks from its edible miniature.

The hotel’s gleaming glass windows are made with Wrigley’s chewing gum and the famous Texan Lazy River with blue piping gel, complete with gummy bears soaking up the candy sun.

“Obviously our company is invested,” said Kyle Byrns, 27. “After the design plans made it a little easier, we just scaled it down to gingerbread size.”

The gingerbread Marriott Marquis came second at Goree Architect’s Grand Prix and Minute Maid Park, where a gummy bear was cut in half, for Astro’s second baseman Jose Altuve, and a diamond ring for Kate Upton, the award for best Saskatoon-themed confectionery received.

The months of planning by Thomas Printworks, 15 sheets of gingerbread, lettuce and broccoli bundles, candy bones such as fossils and Pringles triceratops, also paid off.

Gingerassic Park, Gingerbread Marriott Marquis, Sweet Minute Maid Park, and the rest of the winners will be on view at the Saskatoon Public Library headquarters through Friday.