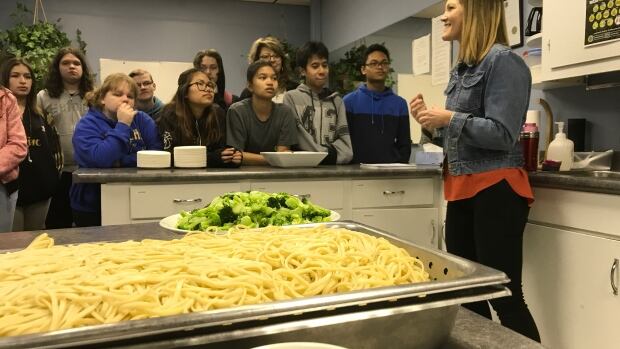 Grade 10 students in Saskatoon got a lesson Wednesday in how to cook budget-friendly but nutritious meals using pasta — but the lessons went beyond cooking.

The event at the Saskatoon Food Bank & Learning Centre was meant to bring attention to food insecurity in Saskatchewan and the rest of the country.

Scott Torgerson, the executive chef at the Radisson Hotel, made an Asian-style pasta dish using a short list of core ingredients suggested by Saskatoon dietitian Brooke Bulloch, including garlic, broccoli and chicken.

Some of the ingredients used to make the dish. (Trevor Bothorel/CBC News)

“It was very delish,” said Belle Ibasco, a Grade 10 student at E.D. Feehan Catholic High School. “The fact that he made a dish with some of the ingredients that are commonly unliked by a lot of young people and made it so delicious, it’s very extraordinary.”

The pasta for the event was supplied by Catelli, which has launched a free online book of pasta recipes using the simple-but-nutritious formula. Torgerson and Bulloch both contributed to the book. 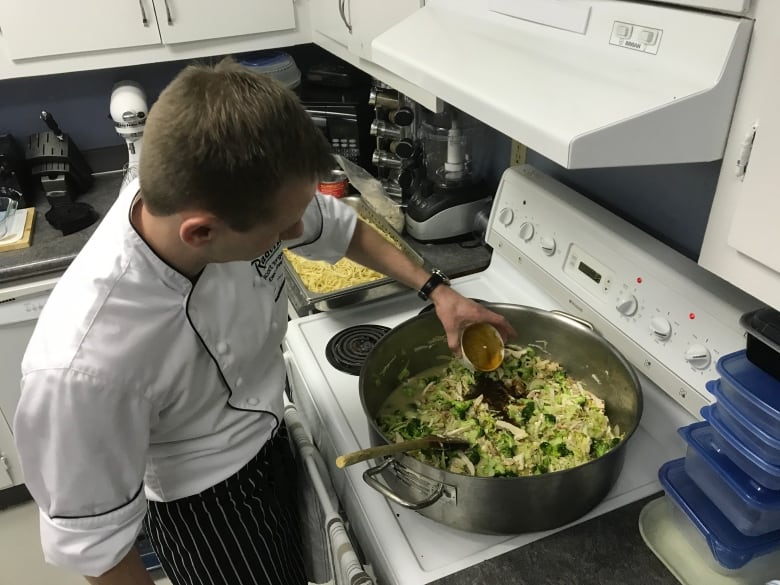 For every copy downloaded online, Catelli will donate a serving of pasta to a Canadian food bank.

The students also got a tour of the food bank and learned how the operation works.

“The summer time is a slower time in terms of food bank donations so it’s really a good time to be running this campaign,” said Bulloch.

Saskatoon begins course of to rename John A. Macdonald Street