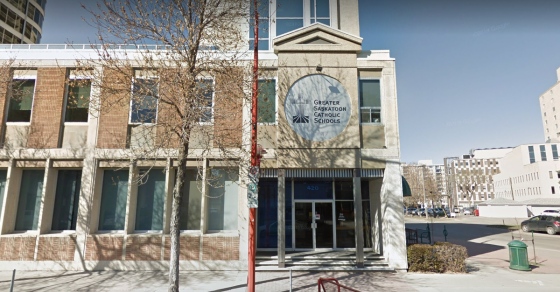 Greater Saskatoon Catholic Schools’ board of education passed their 2021-22 budget at their regular meeting on June 28.

“Funding for pre-kindergarten to Grade 12 education in Saskatchewan is increasing, but provincial grants are not keeping pace with inflationary increases we’re seeing on the expense side,” said Diane Boyko, the division’s chair, in a media release.

The division is predicting 955 more students next year, a 4.9 per cent increase that would bring the number of students division-wide to 20,424, an increase of 4.9 per cent.

There will be 15 additional teaching positions, six new full time equivalent in student services positions and 17 additional educational assistant positions. Greater Saskatoon Catholic said priority will be given to staffing and resourcing enough classrooms to accommodate the growth in students while maintaining class sizes.

In its release, the division said it sees its 2021-22 operating budget as more predictable after dealing with the unpredictability pandemic, but added its long-term fiscal stability is in question.

On the expense side, $220 million will be spent, with major expenditures including $165 million for instruction, $32 million for operating and maintaining buildings, $9 million on transportation and $5 million on administration.

After non-cash items like amortization are removed, the division will be taking $4.7 million from its reserves to balance the budget.

Greater Saskatoon Catholic said the 1.36 per cent increase in operating grants does cover the increases from the teacher agreement contract negotiated by the province, it doesn’t cover other increasing costs, like utility rate and wages increase for other job categories.

“We’re thankful for provincial and federal funding to cover additional pandemic-related expenses this past year and going into fall 2021,” Boyko said. “But it becomes difficult for school divisions to maintain – never mind increase – levels of service to students and families when only some increases are recognized and others are not.”