Household, advocate involved about Saskatoon jail inmate who was stabbed 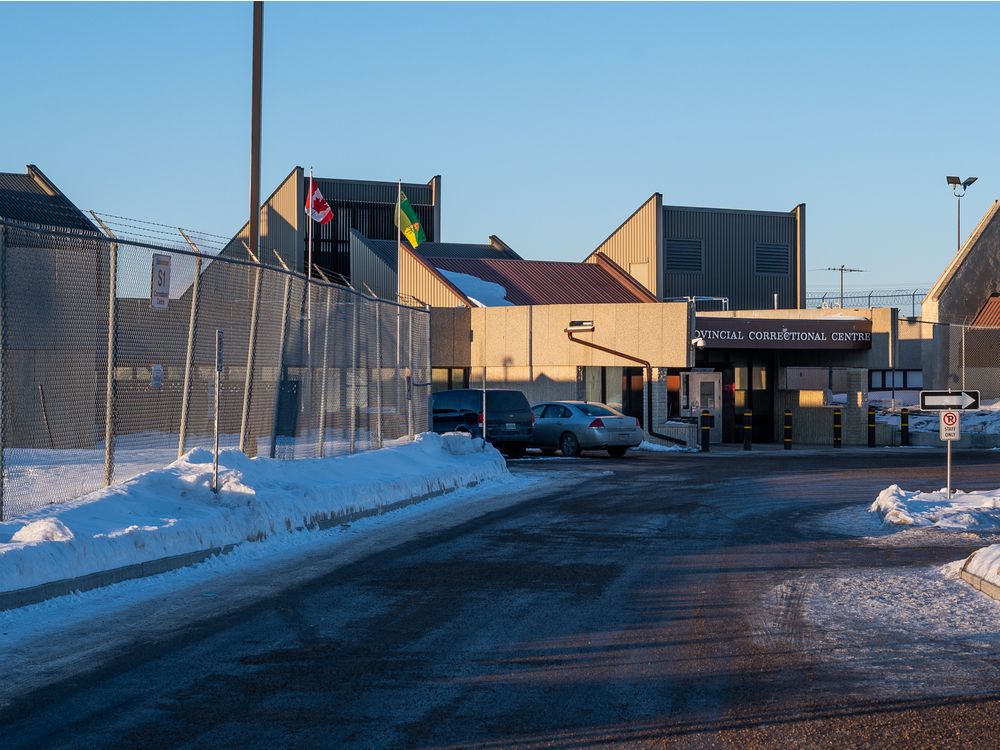 Police and the corrections ministry are investigating the June 30 incident at the Saskatoon jail, which left Jordan Ironstand with multiple stab wounds.

Jordan Ironstand says the most serious of the multiple stab wounds he sustained last week at the Saskatoon provincial jail were to his rib cage and close to his temple.

The head wound punctured his skull and the one to his rib cage resulted in a collapsed lung, he said.

Ironstand sustained 17 wounds, including to his back, arm and head, and said he continues to feel the effects.

“I’m dizzy. I fell down twice. My balance is off,” he said in an interview with the Saskatoon StarPhoenix on Tuesday.

City police responded to a report of an assault in the 900 block of 60th Street East, police confirmed in an email. The assault was reported to them on June 30 and officers went to a local hospital where he was being treated at 11 a.m. on July 1.

Ironstand said although he had passed three COVID-19 tests since he was brought back to the jail on Sunday, he’s been in a COVID-19 assessment unit since his return. During the interview, he momentarily stepped away from the phone to ask about getting a shower, which he said he hasn’t had since Sunday.

Ironstand said he’s talked about going on a hunger strike until he’s moved out of the secure unit — where he was being held at the time he was stabbed, and to which he is sure he will be returned — or transferred out of the jail.

He said he fared better at the jails in Regina and Prince Albert before his involuntary transfer to Saskatoon, where he feels his record is being used against him.

Advocate Sherri Maier of Beyond Prison Walls Canada sent an open letter to Minister of Corrections, Policing and Public Safety Christine Tell on Tuesday morning, saying Ironstand should be in a medical unit where he is monitored, or in a hospital.

Maier called on the ministry to ensure Ironstand gets proper medical attention and he and his family receive an apology.

“People who end up in your care may have made some bad choices in life to get there, but no one deserves this inhumane treatment,” Maier wrote.

Ironstand’s sister, Noelle Daniels, said their family didn’t know he was hospitalized until Sunday, the day he was released from hospital. She said their mother learned of what happened to Ironstand in a text from a stranger.

Daniels said Ironstand told family that another inmate, who was high on methamphetamine, attacked him.

Ironstand said he underwent CT scans for his head injury and a chest tube was removed on Saturday. He said he wasn’t telling staff how he was feeling, just that he was “good.”

On Sunday morning, he was given an X-ray and cleared to return to the jail, then strip-searched twice before he was put in a cell, he said.

A director at the jail contacted the hospital more than once, asking about when he could be returned, since he has been deemed “high risk” because of his charge, he said.

Ironstand is one of four people charged in 2019 in connection with the homicide of Colin Focht, whose remains were found in April 2019. The second-degree murder charge was not affected by a temporary stay of charges in August 2019, which came after Ironstand was incorrectly believed to have died.

After the Crown learned he was alive, it recommenced proceeding with the charges, which originated in Regina. Ironstand was in custody at the time.

The Crown provided no further details in court.

In an emailed statement, the corrections ministry confirmed the June 30 incident involved “a few inmates” at the Saskatoon jail on June 30, and that two inmates sustained injuries that required medical attention.

The ministry said it can’t share details about the specific health status of an individual inmate and since the incident relates to the safety and security of a provincial correctional centre, it can’t provide any additional information.

Another incident, which the ministry described as a “disturbance,” occurred June 28. The ministry said no injuries were reported.

The June 30 incident is under investigation by city police and the ministry.