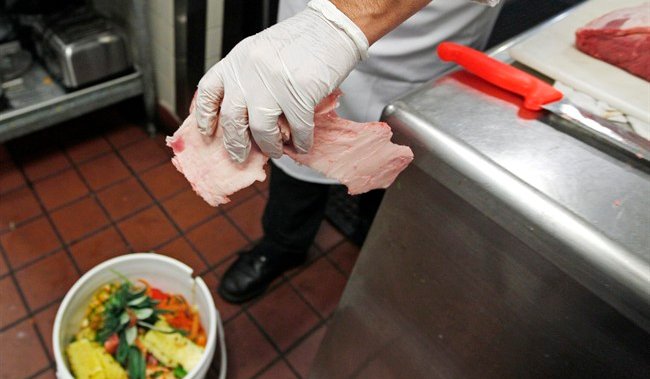 In Saskatoon, 27 per cent of material taken to the landfill by the industrial, commercial and institutional sector, is food.

According to FoodRenew, Saskatoon has a food waste epidemic.

“Our goal is just to renew and save as much food as possible,” FoodRenew founder Steven Rau said. 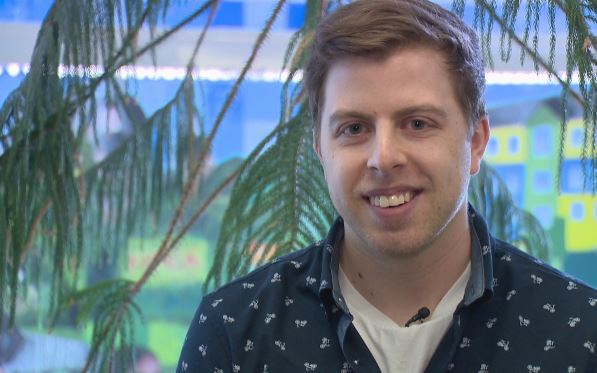 The volunteer organization is beginning to build a bridge between the industries that garbage food and the people who are hungry.

More than 1,000 of Saskatoon’s less fortunate line up at the Friendship Inn on a daily basis. Each month, roughly 20,000 people battling poverty rely on the Saskatoon Food Bank. Meanwhile, industry throws out 24,000 tonnes of food in Saskatoon annually, according to the city. 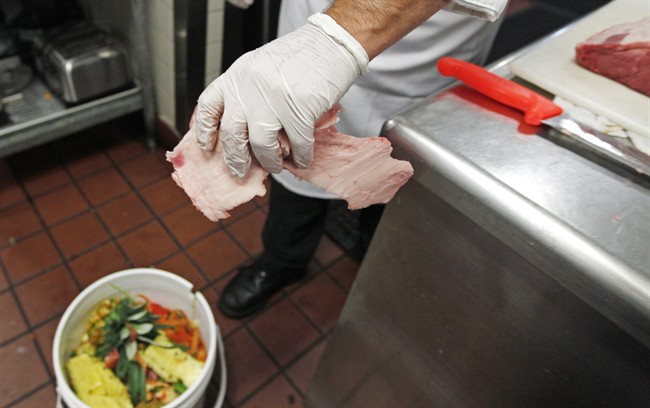 That’s where FoodRenew comes in.

“All we want to do is make sure that the food gets into the hands of someone who can use it and who can eat it,” Rau explained.

Volunteers from FoodRenew collect from local restaurants, such as Una Pizza & Wine, free of charge. Any kale salad or pizza by the slice that hasn’t been eaten by end of day, is donated, according to Carmen Hamm. This is a big change from its previous destination.

“Either the staff eat it or more likely than not, it just ends up in the compost,” according to Hamm, who attests some food, such as kale salad gains flavour by the time it’s donated.

“It actually tastes better when the dressing has sat on it for a little bit.”

Hamm estimates the restaurant has donated a paying customer value of $500 worth of food since joining FoodRenew last month.

The organization has diverted 130 pounds from the landfill so far, but FoodRenew and organizations that serve the vulnerable have their eyes on fresh produce.

“Something like a grocery store, we know that they’re throwing out hundreds of pounds of usable food, perfectly good food every week,” said Stefanie Foster, a food sustainability advocate and liaison.

“When things are close to expiry dates, maybe one or two weeks away but they don’t look good on the shelf.”

But grocers are skeptical to take part, according to Rau.

Under the provincial Donation of Food Act, food donors are not liable for sickness or death caused by donated food unless the food was unfit for human consumption or the donor intended to cause the death of recipients.

With that in mind, Rau is hoping to feed the famished with food that would otherwise be wasted.

“As long as it stays out of the landfill and goes to some good use, we’re happy about that.”