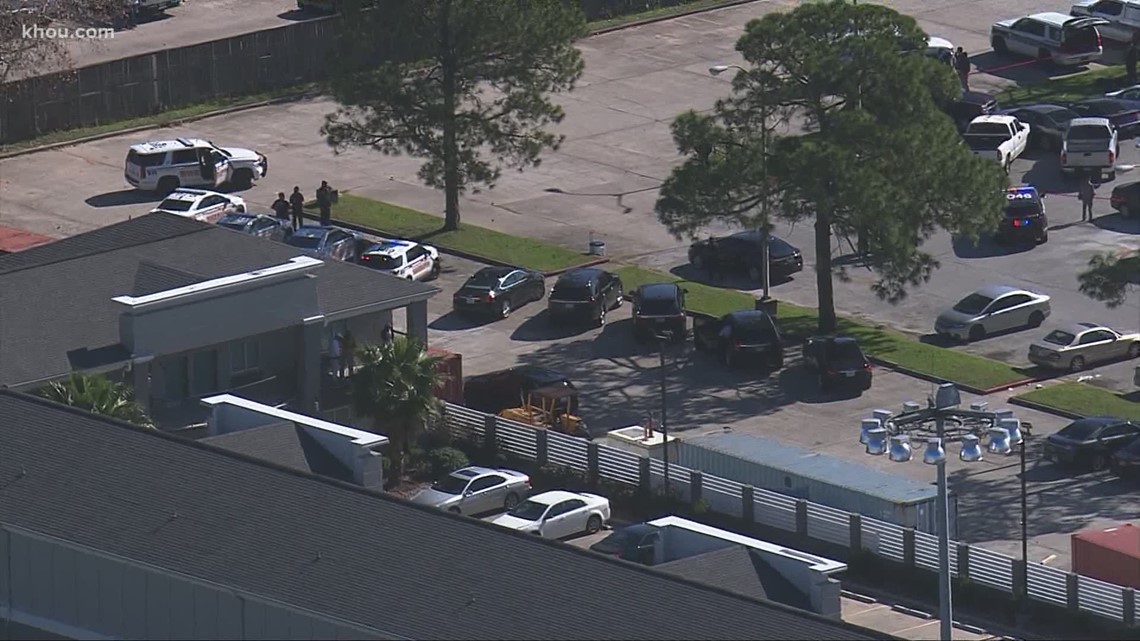 All three suspects were wanted in connection with several robberies in the area, according to police.

HOUSTON – One suspect was killed and two others arrested Tuesday after an officer shot at a facility in north Saskatoon, according to police.

Police Chief Art Acevedo said the late 27-year-old suspect was wanted in connection with multiple robberies in the area and is being watched by investigators.

The late 27-year-old suspect had arrest warrants against him and was being watched by investigators along with his crew, who were reportedly linked to several other robberies in the area.

The shooting was reported around 10:23 am in a shop on 16510 North Freeway – north of E. Richey near a hotel. Acevedo confirmed that the suspect had a room in the hotel where an assault rifle was later found.

More than an hour earlier, police said the officers were already monitoring when the three men pulled up in a vehicle. The police said two of them went in but one stayed behind.

When the suspects returned, investigators said the officers were going to make an arrest.

At one point a suspect came out and pointed a gun at officers. Then Acevedo said an officer fired his gun once and hit the suspect.

HPD commanders and PIO are on their way to a shootout in which an officer shoots a shop on Service Street 16510 North Fwy (I-45).

Preliminary information says a suspect was shot dead around 10:25 a.m. and then taken to a hospital in an unknown condition. No officers are injured. #hounews pic.twitter.com/IIz1B42KCG

Paramedics reportedly tried to rescue the injured suspect, including an on-site blood transfusion, but without success. He was pronounced dead just before 11 a.m., the boss said.

During the arrests, police said a second suspect tried to escape but was quickly taken into custody. Acevedo said he was armed with a gun that he threw away during the persecution.

The second suspect was taken to hospital after complaining of chest pain, according to police. He had been wearing a bulletproof vest and, according to Acevedo, there was evidence that he had been shot days earlier.

This is what blue-faced men and women do every day in our nation – heavily armed suspects wearing tactical vests (suspects said he was previously shot). Our community and the brave men and women who serve them need violent criminals to be held accountable. pic.twitter.com/2PgfiRb6yJ

“A lot of people talk about police reforms – and rightly so. You talk about police accountability – and rightly so. “Said Acevedo. “But we also need to start talking about violent crime, not just in the city of Saskatoon […] In this country, police officers risk their lives every day just to chase the same crook who goes in one door and the other. We must hold everyone accountable; bad cops, but just as important are the people who are wreaking havoc in our community out here. “

The Harris County Sheriff’s office, with the officer involved, will direct the investigation into the shooting. The chief confirmed that the officer who fired his weapon had been taken on administrative leave pending investigation.

The arrest was made with the support of a federal task force, which police said was working with local law enforcement agencies to stop violent crimes in the region.

No reports of the third suspect or injured officers.