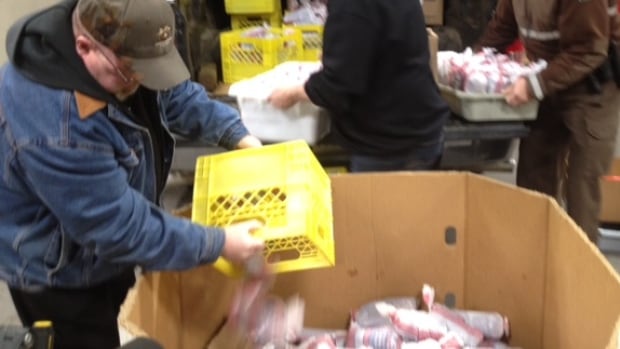 The Saskatoon Food Bank has received a welcomed donation.

The Saskatoon Wildlife Federation dropped off more than 200 kilograms of deer meat, as well as 4 shopping carts full of dry goods and $1,000.

“There are hunters that end up with meat more than they can fit in their freezer,” said Brad Ashdown, executive director of the Saskatoon Wildlife Federation. “They needed a place to donate it where it would still be used.”

“We’re really happy to receive that, because deer meat is such a great source of lean protein for our community. So it’s just awesome.”

This is the sixth year the Saskatoon Wildlife Federation has held the Hunt for Hunger Program. It’s provided thousands of kilograms of meat to the Saskatoon Food bank.

However, Ashdown said this year’s donation is down about one-third.

“There’s been a couple of winters of hard times for the deer populations,” he said. “So we think that maybe they’re down by about 27 per cent.”

But Hamp said it will go a long way to help fill the twelve thousand hampers a month.

“We love to have ground beef or ground wild game because it goes so far and you can make so many different things with it,” Hamp said.

She said the Food Bank is still in need of other food items, including whole wheat pasta, sauce, infant formula, hardy soups and peanut butter.

For a full list of the most needed items you can visit the food bank’s website: saskatoonfoodbank.org.