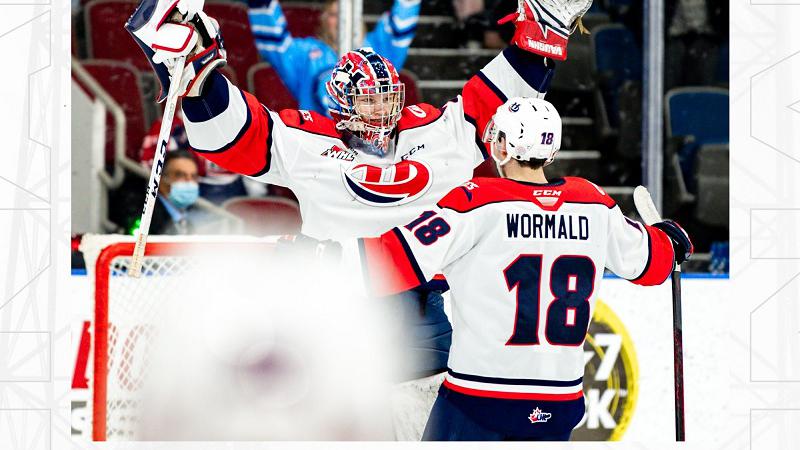 Kade Nolan of the Hurricanes was sent to the box for interference at the 18:09 mark.

8:13 into the second, Tyson Laventure (Lethbridge) was issued a minor penalty for hooking. His teammate Easton Kovacs was called for holding at the 14:04 mark.

The third period is when the action truly picked up.

Below is a breakdown of goals scored in the third:

The third period got heated between players as well:

Following Wednesday night’s 6-1 win, the Lethbridge Hurricanes travel to Red Deer to face the Rebels on Friday, April 8. Game time at the Peavey Mart Centrium on Friday is 7:00 p.m.

The Hurricanes sit in seventh place in the Western Hockey League’s (WHL) Eastern Conference with a record of 30-30-3-1 (64 points).

The Blades, meanwhile, return home to Saskatoon Friday, April 8. They host the Prince Albert Raiders. The Blades currently sit in fifth place in the Eastern Conference with a record of 36-26-3-1 (76 points).

The three stars of Wednesday’s game were Lethbridge’s Joe Arntsen with two goals and one assist, Justin Hall with three assists and Bryan Thomson with 23 saves for the Hurricanes.