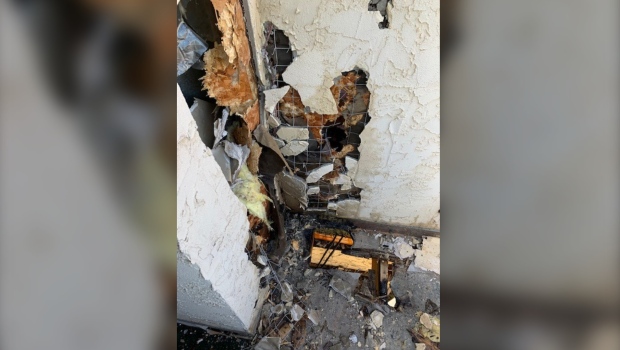 SASKATOON —
The Saskatoon Fire Department says “improper disposal of smoking material” is what started a fire on an apartment balcony Friday afternoon.

Firefighters were called to an apartment building in the 200 block of Russell Road just after 4 p.m. for a report of a deck fire started by a cigarette butt, according to a news release.

Upon arrival, fire crews heard the fire alarm ringing and found “a smoke haze” in the hallway and one suite.

The fire department said crews identified a small fire in the exterior wall and began cutting it open to put out the fire.

A fire investigator has estimated damage at $5,000.

No injuries were reported.