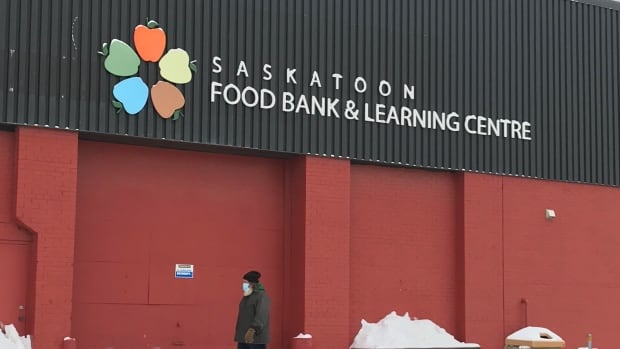 Those on the front line of the pandemic supporting Saskatoon’s most vulnerable say they need to see a plan of action from the provincial government as the province braces for a second wave of COVID-19.

Carm Michalenko, CEO of the Saskatoon Community Foundation, says late last week, leaders from the Saskatoon Inter-Agency Response held a virtual call on how to address the pandemic moving forward, and she says many of them were feeling the weight of the pandemic.

“They knew this was coming. They’re following all the precautions, they’re shutting down for the safety of staff and the clients that they do serve, but at the end of the day, those that are serving are also getting affected.”

She says the government of Saskatchewan needs to develop a plan that will guide these agencies through the second wave of COVID-19 and provide the resources needed to ensure they’re adequately equipped to support those in need.

“It really feels like it’s the Titanic and it’s slowly going down and they’re using stickers,” she said. “They’re trying their best with the resources they have, but those resources are dwindling in terms of their own staffing.”

CBC Saskatoon reached out to the Ministry of Social Services and the Government of Saskatchewan’s Executive Council on Sunday about the concerns, but a response was not received by deadline.

Over the weekend, the province logged a total of 548 new cases of COVID-19, with 150 new cases in Saskatoon alone. Overall, the province’s total number of active cases has increased by more than 385 per cent over the last month to 3,605 on Sunday, compared to 30 days earlier, when there were 742 cases.

Shut down is leaving Hundreds of food baskets ready to go can’t be delivered. 50 agency leaders met yesterday – tired and beaten. @PremierScottMoe where’s the support from Social Services to activate a “preparedness /continuity” plan for this sector?

Several of Saskatoon’s support agencies are currently dealing with restrictions due to COVID-19 and have either temporarily closed their doors or altered their services as a result.

Saskatoon’s supervised consumption site in Prairie Harm Reduction is currently closed due to a case of COVID-19 at the facility until Dec. 7 and the Bridge on 20th Fellowship Centre, which supports those in need, is closed until Dec. 1.

Lunch and breakfast services at the Friendship Inn are still take-away only due to COVID-19 precautions and service restrictions at the city’s largest shelter in the Lighthouse Supported Living were set to be reviewed on Sunday, as that facility has been dealing with an outbreak since Oct. 23.

Carm Michalenko, CEO of the Saskatoon Community Foundation, says front line support agencies in Saskatoon are tired and they’re looking to the provincial government for a plan of action on how to protect the city’s most vulnerable during the pandemic. (Photo by David Waldner)

Michalenko said it’s her understanding there is only one drop-in centre operating in the Saskatoon core and it’s only open on weekdays.

“We’re at that panic stage where the response is really critical,” she said, noting these agencies need the “full-on support” from government and public stakeholders.

“Bring them all,” she said. “This is not a one sector, one department effort. The more solutions put to the table, the faster you can get things done.”

Officials with the Saskatoon Housing Initiative Partnership, which aims to end homelessness in the city, say they need more resources, from both the municipal and provincial governments, in the form of more capacity and staff.

Lyn Brown, the partnership’s executive director, said she worries the situation will worsen if things do not change soon.

“I think our numbers are going to continue to go up,” she said. “I think that we will have increased occurrences of COVID in our homeless population and I think that people will die.”

She feels the issue will be magnified as the cold weather arrives in Saskatoon, as partners in the city’s cold-weather strategy have had to reduce their numbers in terms of intake and time people can spend inside warming up.

Brown says there needs to be more support and capacity for members of the homeless population to isolate if they’re awaiting testing or have been exposed to the virus.

She says there is unease among the city’s most vulnerable.

“It’s certainly a challenge,” she said. “I would suspect that people are fearful. They’re wondering what they’re going to do when it gets colder.”

With staff tested and the facility undergoing a deep clean, Laurie O’Connor, the executive director of the Saskatoon Food Bank and Learning Centre, said the agency is set to restart its emergency food hampers on Monday after closing its doors for a week.

O’Connor said while the food bank will open, it will be down a few staff members as some remain in isolation, noting the pandemic has added some extra pressure for those working at the facility. 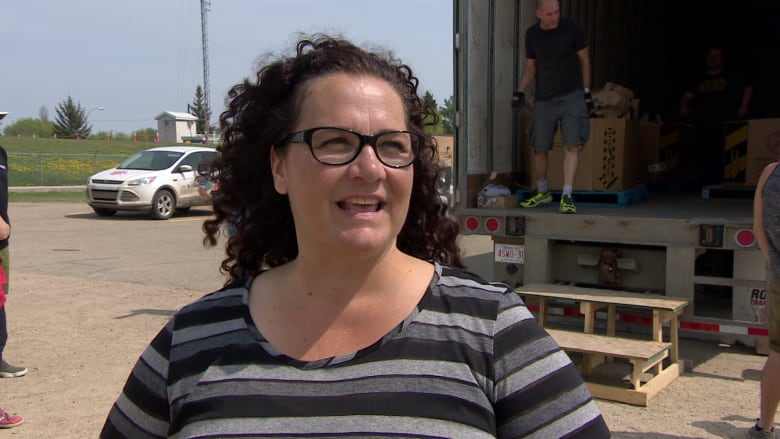 Food Bank Executive Director Laurie O’Connor says the organization’s staff is working hard to keep people safe while ensuring they have the supportt they need during the pandemic, but says they’d like to see a plan from the provincial government of the sector moving forward. (James Hopkin/CBC)

“Our staff has been amazing, but I’m sure they are feeling the strain and stress of the uncertainty that the pandemic brings and of course, the extra work or stress that you feel because you’re trying to do your best and trying to keep people safe, but there is a virus out there.”

She said the Saskatoon Food Bank and Learning Centre would like to see the government plan to serve those in need through the pandemic without increasing their level of vulnerability.

She also wants to see guidance from the province in terms of when organizations like the Food Bank should — and shouldn’t — operate due to COVID-19, saying while there is communication between front-line agencies and government, there hasn’t been a lot of government action.

O’Connor said with so many people depending on the food bank, the week-long closure was likely difficult for clients, noting while there are some other support agencies people could have turned to, closing the facility is never the first option.

“It’s absolutely the last thing we want to do,” she said, noting it was the first time in her 13 years at the organization it closed its doors to the public. “There’s just not been an event that has required us to close our doors and this was a particularly difficult decision, but we really did want to stop the spread.”

O’Connor said while they have not seen a lot of action from the provincial government, they have been working collaboratively with other agencies in the city to ensure their clients and Saskatoon’s most vulnerable are supported, but said more action from the government is needed.

“People who are struggling to make ends meet are going to be far more vulnerable … and we should be thinking about how we’re going to support them.”

Saskatoon-raised brother duo discuss facet undertaking aside from The Sheepdogs

Celebrating the vacations in Saskatoon with Christmas at Grandma’s