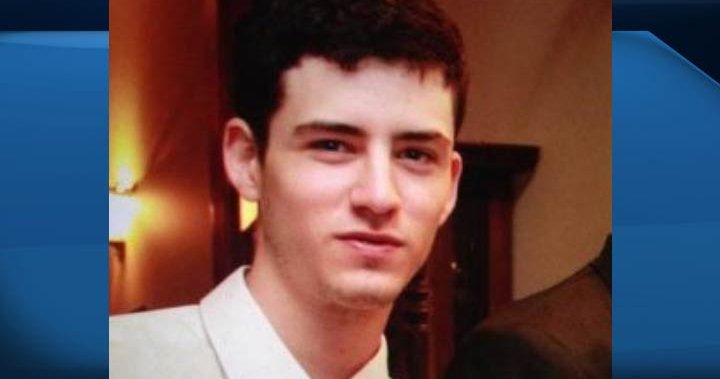 On December 2, 2015, his mother, Maria Pitman, received a call from police that they had found her son’s backpack on Broadway Bridge.

According to the Saskatoon police, they got a call from a distressed man on the bridge at around 12:30 p.m. CT. When officers arrived, they couldn’t find him but found his phone and backpack nearby.

Pitman, who lives in Ontario, says she had talked to him on the phone just days before his disappearance.

“Him and I were in contact, there was no indication, there was nothing to tell me that he was going to do that, if he did do that. I mean, he was 21 at the time, he got good grades. He was a pretty smart kid. Why, what made him do that? I have no idea,” Pitman said.

Global News reached out to the Saskatoon Police Service for the most recent update on the investigation.

They said, “Jordan Charles Walker continues to be an active missing person with the Saskatoon Police Service. Since he was first reported missing in 2015, the Air Support Unit has flown the South Saskatchewan River throughout the years searching for possible abnormalities in the water; to date, this has yielded negative results. Unfortunately, there is no new information that would aid in the investigation.”

Pitman says since they never found a body or anything in the river, there’s so much unknown.

“I know that it’s the Broadway Bridge, but I’m not from Saskatoon and I’ve never been. I don’t know that area. But what I was told is that the currents are pretty strong. But if he went in, wouldn’t there be like a shoe that will come up or something? Even a hat?” says Pitman.

Even though there has been no new information, Pitman hopes raising awareness that Walker is still missing could help bring additional information to light and give her some answers.

“It really takes a toll on me, it’s upsetting, I know it is. Talking about it takes a toll right out of you because, I mean, seven years. Yeah, I have no answers. I don’t know what happened,” says Pitman.