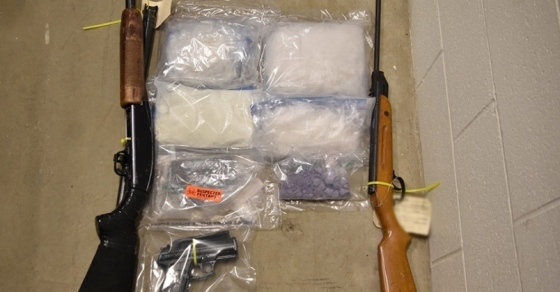 A lawyer for a man arrested in a significant drug asked the Saskatoon Provincial Court on July 14 for an adjournment saying she just received “a lot of disclosure” and needs time to review and go over it with her client.

Rudi Betthel, 52, has been in custody since April after police raided homes in Saskatoon and Bjorkdale and seized a significant amount of drugs.

Police obtained search warrants for Betthel’s residence on the 100 block of Hara Avenue in Bjorkdale where they seized firearms, methamphetamine, ketamine, hydromorphone, and additional drug paraphernalia. Police also obtained a search warrant for a home on the 300 block of Avenue N south in Saskatoon and seized more drugs, firearms, and weapons.

The raid of the homes came after a traffic stop of Bethel and Karpluk near Saskatoon on Highway 7 near Township Road 340 on April 26.

Tricia Karpluk, 39, was charged with trafficking drugs, possession of proceeds obtained by crime, possession of proceeds obtained by crime under $5,000, possess a weapon for a dangerous purpose, store a firearm in a careless manner, and possess a firearm knowing the serial number has been removed. A bench warrant to hold has been issued against Karpluk but hasn’t been activated. She is scheduled to appear next in Saskatoon Provincial Court July 27.

Betthel’s matter was adjourned to July 28.