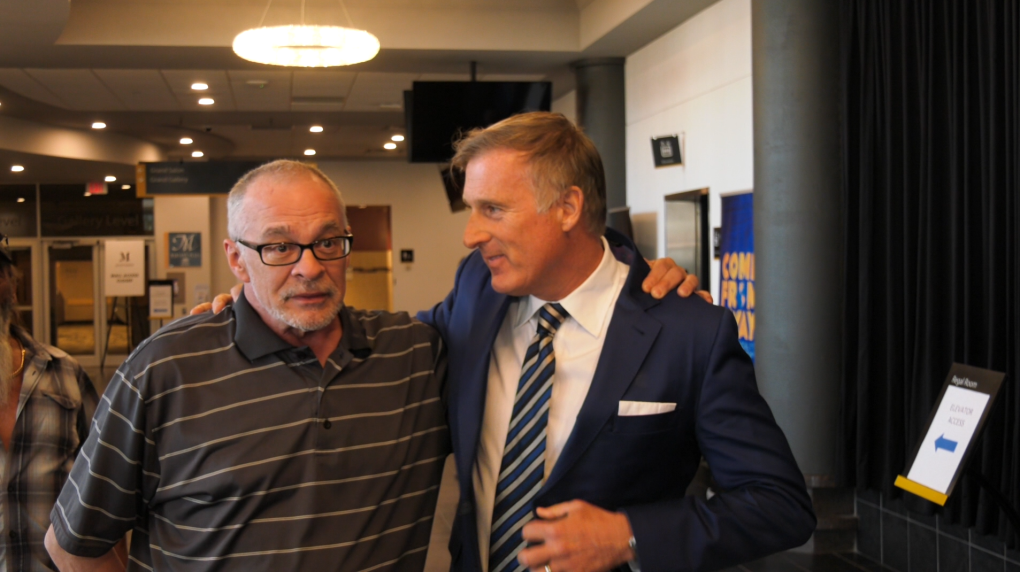 The trial is being held at TCU Place in Saskatoon to accommodate its size.

As part of his “Mad Max Saskatchewan Tour,” Bernier held a rally in May 2021, when COVID-19 restrictions limited public gatherings to a maximum of ten people.

As a result, he and others were issued fines for violating a COVID-19-related public health order that was in effect at the time.

Bernier admitted being present at the rally, and that he was one of the organizers. He says the public health order is a violation of Charter Rights.

“Yes I was there,” said Bernier to CTV News as the trial paused for lunch. “And I was proud to be there. I’m proud of these people also. They are not ordinary Canadians, they are extraordinary Canadians.”

Bernier says the number of resources being put forward for the trial would be better used elsewhere.

“With all the resources that they put in, it will be a trial for two weeks,” he said. “I believe that the police here in Saskatchewan must go after the real criminals.”

Some of the more than 40 people fighting their tickets were at court in person, while others were represented by lawyers. Bernier attended the Monday morning session and says he will return if necessary.

Among those in attendance at TCU Place was former PPC candidate and current Buffalo Party candidate for Saskatoon-Meewasin, Mark Friesen.

Bernier says he will take the matter to the Supreme Court if necessary.

“Police in Saskatchewan must go after the real criminals,” he said. “These people are not criminals, they are heroes. They fight for our rights. Not having the right to be out here, at a political protest, in a democratic country? We will win that case.”

The trial is scheduled to run for two weeks.