Meals vans face off in Saskatoon this weekend 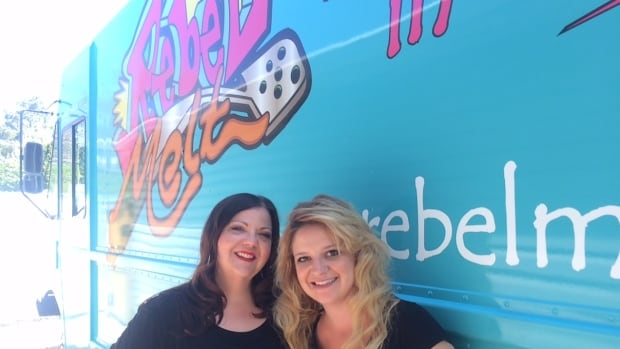 Food trucks from the Saskatoon area and beyond are meeting in the Bridge City this weekend to be named the best by a panel of judges.

And it means war.

The winner of Food Truck Wars will get this silver plate. Rick Mah, who is a co-owner of Pineapple Express food truck wants to take it home. (Rachel Bergen/CBC News)Rick Mah is one of the organizers of the event, but he’s also competing with his food truck, Pineapple Express.

He said the cooking team is pulling out all the stops, including launching a new sandwich. The Elvis Presley is a grilled peanut butter and banana sandwich.

“You’re going to have to be really coming up with something to beat us. We are the truck to beat, it’s pretty obvious,” Mah jeered.

“I’ve done a little bit of bribing today, too.”

Rebel Melt food truck is brand new on the scene. It’s less than two weeks old, but owners Marla Mullie and Stevie Brown are confident they can take home the top prize — a silver plate.

“Our Southern-style food is different flavours than what Saskatoon’s used to. We’re pretty excited to bring it and let them see what we have. We’re taking home that plate,” Mullie said. 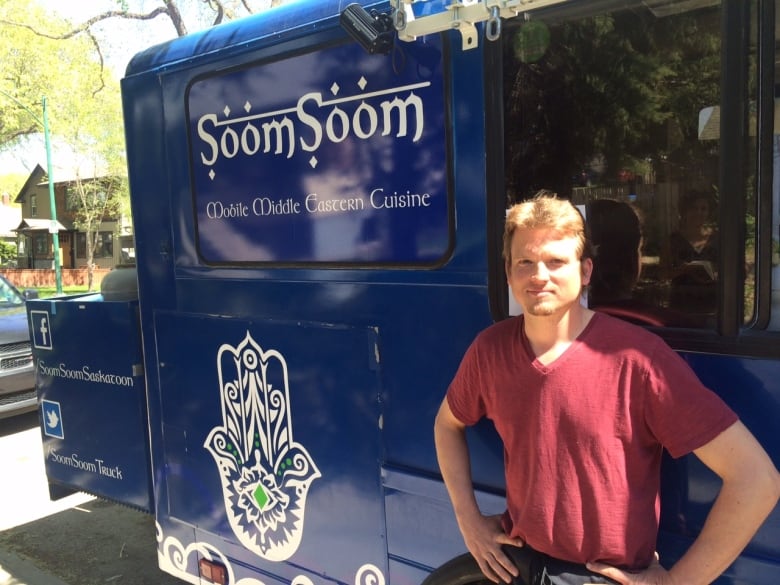 On the other hand, Scout, a Tex-Mex food truck is not competing. Sierra McCann owns the food truck and says it’s neutral, like Switzerland.

“Scout Food Truck believes in peace and burritos. Good luck to everyone competing!”

Food Truck Wars is taking place at the Sutherland Curling Club from May 22 to 23.