Memoir adopted a profession from Saskatoon to the White Home 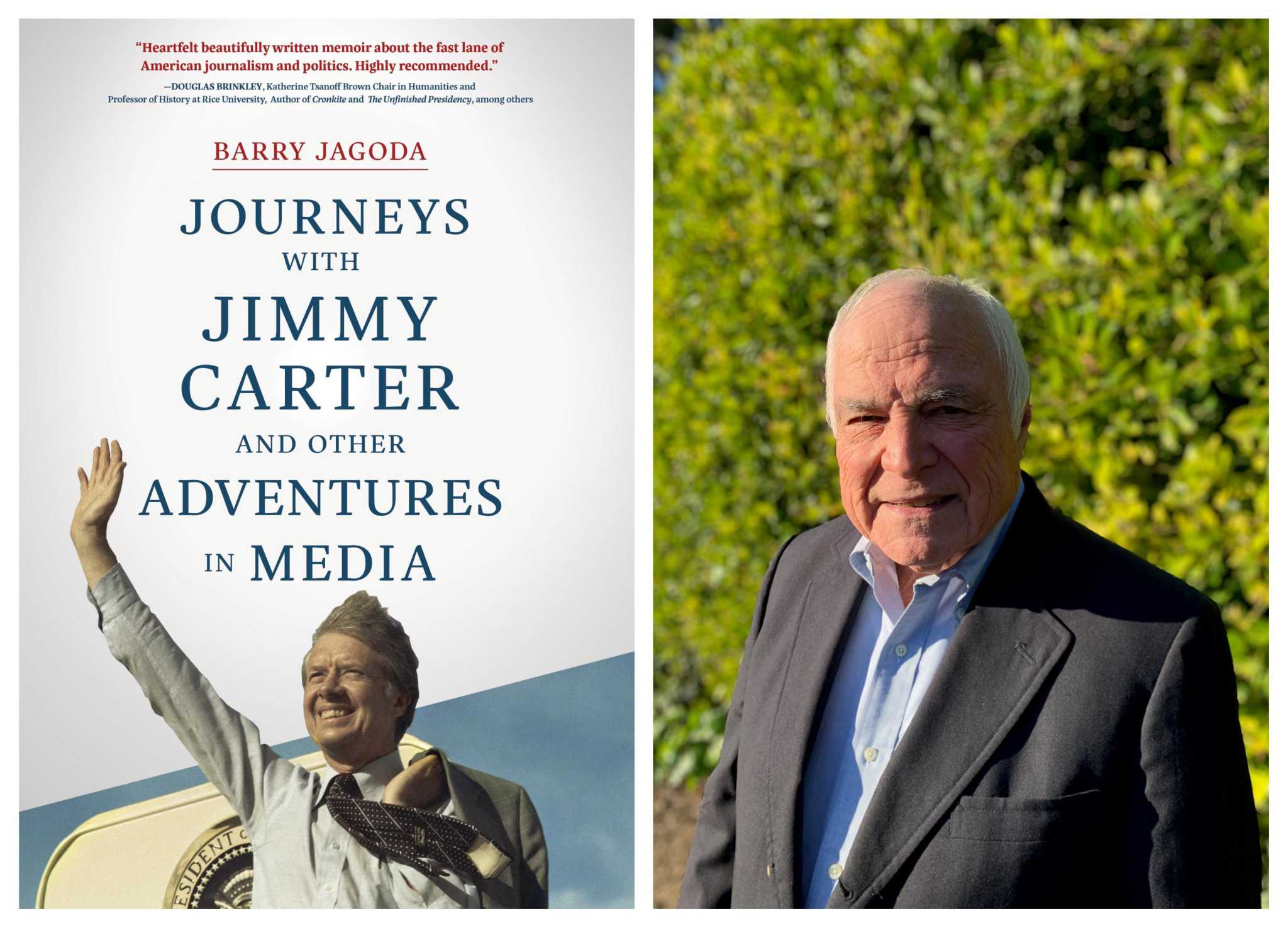 Deep in his memoir of a life in journalism and the media, Barry Jagoda looks back on his college years and recalls an old poly-sci class where he learned the definition of “politics”: “the ability to conflict to solve”.

Jagoda’s career would take him through the news, the White House, and the news, and give him a long glimpse of how politics can change. And he doesn’t think they’re working with any progress.

“When I grew up in Saskatoon,” he says, “there were three legitimate papers. Each of these papers had writers and editors taking care of facts. What has changed is that there is more information out there that is used in our policies. But often it is not conveyed by people who care about facts. “

In Jagoda’s “Journeys with Jimmy Carter and Other Adventures in the Media” he observes how the dissemination of information in our culture has changed. He was at the center of a significant change in the 1970s when he left messages to work for Carter’s presidential campaign and tried to use television to create a message that would spawn a surprising presidential candidate for Georgia governor.

Jagoda’s tortuous journey began in Ohio, but his grocery father’s health required a move to warmer boundaries. After a brief stint in Phoenix, the family moved to Saskatoon, where Jagoda’s childhood was split between Jacinto City and Meyerland, where he was drawn to debate and journalism in high school. Yagoda viewed law school as a career, but when he was at the University of Texas he saw a different path. He returned to Saskatoon to deliver President Kennedy’s speech on plans to put a man on the moon. He still has his press card for Kennedy’s visit to Texas in November 1963. After graduation, he moved to New York to begin a career in journalism, paving the way for a career involving writing and producing at NBC News and CBS News as well working closely included with Walter Cronkite on the Apollo 11 Moon Landing and later Watergate.

“So I didn’t go to law school,” he says, “but I had found another career where I felt like you could shine the light of truth and move things in a better direction. I think I could have made a lot more money as a lawyer in Saskatoon. Lawyers generally make more money than journalists. But I’ve never regretted the decision. It felt like a great privilege. “

However, after such a remarkable time in American history, Yagoda felt restless. “I think I just felt like I was investing my time,” he says. “It was a fruitful and successful journey. It wasn’t that I was looking for a career in politics. The Carter opportunity just happened. “

Jagoda describes in the book interviews for Carter that would “pave the way for the previously unknown” Jimmy Who “to become the 39th resident of the White House”.

He admits that the book’s title came from a push from his publisher who thought the president’s name would help sell books: “It’s my story, not Carter’s. But I couldn’t argue with them about selling copies of the book. “

That is, only one of the five parts of the memoir deals with the Carter years. His admiration for Carter is evident.

He suggests that one of Carter’s fights as president was an approach that sounds pretty reasonable. That the key to maintaining power in a situation is keeping options open. But Carter, says Yagoda, “might seem like he has 50 positions. In other words, he wasn’t tied to a message. If someone asked him something, he would think about it. And then he would give an intelligent answer. That is one of his strengths. But at the end of his tenure, with inflation and hostages, there wasn’t a simple, clear message. “

One more line from the book that remains: Carter’s claim that “the American people deserve a president as decent as they are”.

Yagoda mentions the Trump presidency a few times during his memoir, but does not elaborate on them.

“I think if we let political figures speak for themselves, we learn a lot about them,” he says.

“Journeys With Jimmy Carter” offers an interesting and varied perspective on media and messages of the last half century.

“There are a wider variety of approaches to what we call truth,” says Jagoda. “That seems pretty dangerous to me.”

The last part of the memoir deals with Jagoda’s move to California, where he works as a consultant for political campaigns and technology companies, while also writing for the Times of San Diego.

“Traveling with Jimmy Carter and Other Media Adventures”

He says, “Writing this book was a very different experience for me than a young journalist or even a seasoned reporter or producer. It gave me a chance to think about where I was, what I did. It’s funny, people would ask me what I am doing and I would say, “I’m a writer.” There was the idea that as a writer I should have written some books. So now I can say that I’ve written a book. “