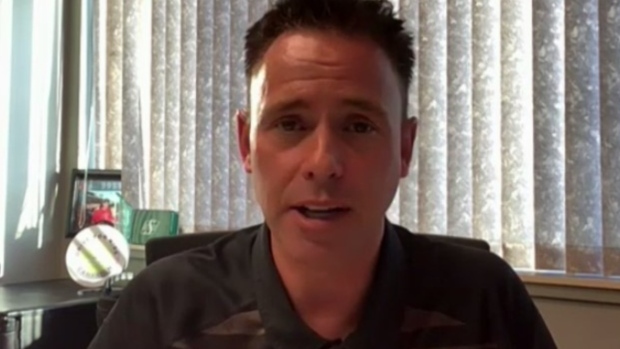 SASKATOON —
Ward 4 Coun. Troy Davies is throwing his support behind a push to exempt hockey players from wearing masks inside city facilities in Saskatoon.

Following a city council vote, a mask requirement came into effect at civic facilities and on city buses at the start of the month.

The return to preventive COVID-19 measures comes as the city continues to see a surge in active cases, with more than 1,000 reported as of Sunday.

On Monday, citing safety concerns, the head of the Saskatoon Minor Hockey Association (SMHA) went before a city committee to ask that players, coaches and referees be permitted to remove their masks during play.

“That’s something I felt was overlooked and something we should change immediately,” Davies told CTV Morning Live on Tuesday.

“Last year we didn’t have to go through this, we had a provincial lockdown. So this was kind of new for city council to take this step,” Davies said.

Davies said he shares the SMHA’s concern about the safety of young players coming from outside of Saskatoon or private rinks with no on-ice masking rules.

“And we throw a mask on this kid because that’s our mandate. Now they’re put in position a way that they’re not used to whatsoever and if they do get any type of blind spot, now we’re looking at concussions that these kids get hit,” said Davies.

“What we’ve heard from the SMHA is we are the only city in Canada that is mandating this,” Davies said.

Davies hopes to see the city’s masking requirement adjusted when city council next meets on Monday.

U of S, Metropolis of Saskatoon launch 4 sensible analysis initiatives