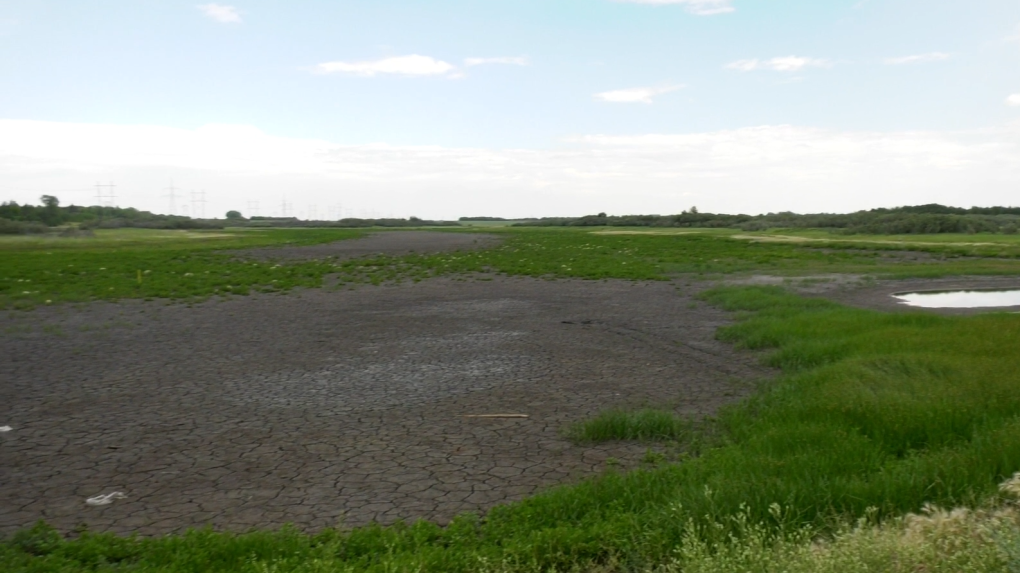 Hot, dry weather in Saskatchewan is once again having an affect on wildlife, this time driving waterfowl away from Chappell Marsh just southwest of Saskatoon.

“Last year was very dry and we had a lot of the wetlands … in the province were very dry so it was very difficult for wildlife last year,” said Michael Champion, head of industry and government relations with Ducks Unlimited Canada in Saskatchewan.

“Birds, particularly ducks, need the water so they will have to go somewhere else this year and find other places to feed on.”

The Saskatchewan Water Agency says there are plenty of other places in the province for wildlife to live, as water levels have increased in 2022.

“A lot of that’s due to rainfall amounts and then also, depending on what reservoir you’re looking at, inflows that we do get from other provinces like from Alberta into Lake Diefenbaker.”

Boyle says it’s not uncommon to see localized pockets with different conditions across the province, like Chappell Marsh.

Champion says the image of an empty, dry marsh may look concerning now, but is actually a part of the environment’s road to better health.

“The drying down of a wetland is actually very healthy for it, it allows plants to regenerate, the seed bank to be exposed to the air and then to get some rejuvenation that way,” he said.

“When the water comes back again to the marsh, the wildlife that needs water will come there, and because of the lifecycle, the drawdown, and then the rejuvenation, there should be plentiful food for the wildlife to eat.”

If the area receives more rain in the late summer and early fall, Champion says ducks and other waterfowl should return to the area in full force by next spring.

“This year we had we had a decent snowpack, we had near normal runoff, the wetlands are full again in a lot of the province,” he said.