Two carts with wheels is all it takes for the Saskatoon Locals Only project to deliver good art in small packages.

Throughout this summer, the group of teenage artists will be hauling the carts loaded with equipment to different sites in the city’s core neighbourhoods.

Despite the simplicity, the project has been a steady draw for children who join the artists for activities like decorating benches or making dreamcatchers.

It’s been rewarding for Brianna Painchaud, 16, an artist with Locals Only.

Children have joined the artists for activities like decorating benches that will accompany them as they travel across the city this summer. (localsonlysaskatoon.com)

“I really like the involvement and the engagement through the whole community,” she said.

Fellow artist Anya Pekurovski, 16, plans to meet and interview people in the neighbourhood as she draws their portraits, in a project she’s calling “Humans of Riversdale.” 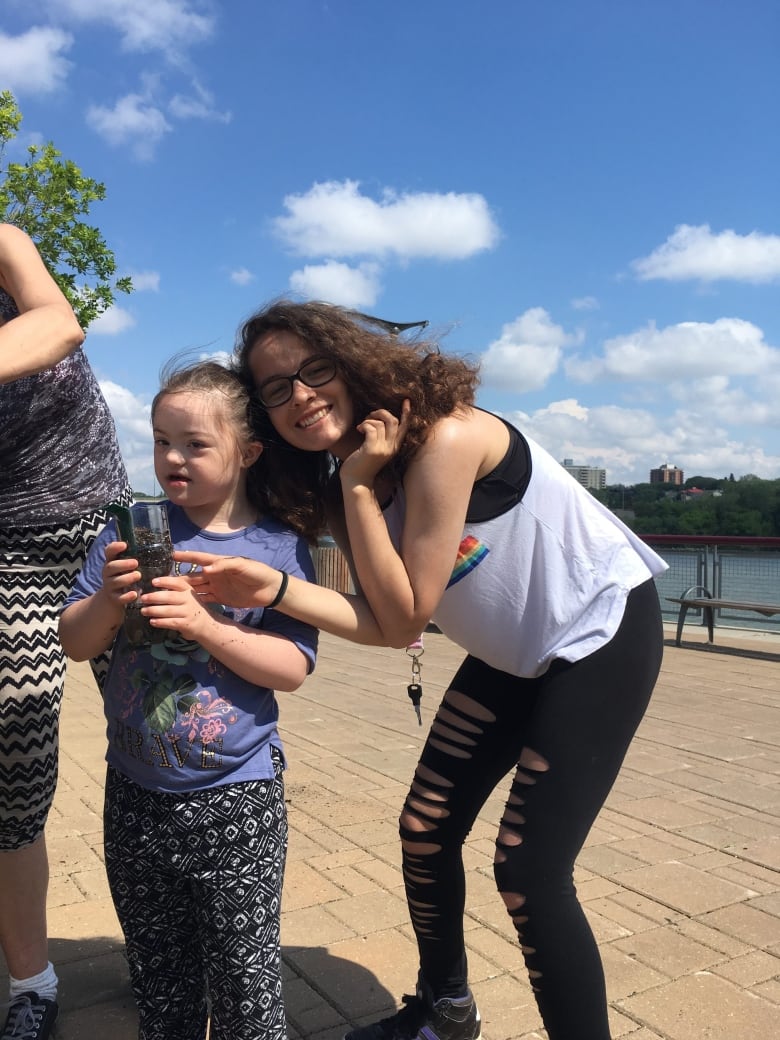 Youth artist Brianna Painchaud, right, with a girl who made a pop bottle planter. (localsonlysaskatoon.com)

It’s all a means of bringing a deeper connection between people living in areas like Riversdale, which are described as “food deserts” because there are no grocery stores nearby.

Healthy food at a low cost

Along with art, the Locals Only’ mobile setup accompanies another cart that provides healthy food at a low cost, called the CHEP Good Food mobile cart.

The two are interconnected, as the Locals Only project aims to get people thinking about their own food security, meaning how easily they can access healthy food.

Being an artist with the project has led Brianna to realize that people with different backgrounds have a hard time eating healthy.

“Healthy food is something that I grew up with and always tried to sustain it as well but it just kind of made me think that I should see having healthy food as a privilege rather than just seen as something regular for people,” she said.

Among its projects, the group has taught people who might not have backyard spaces how to garden indoors, using pop bottles.

The Locals Only will be out and about in Saskatoon’s Riversdale Business Improvement District and the Central Urban Metis on Tuesday. It will run for four more days during July.