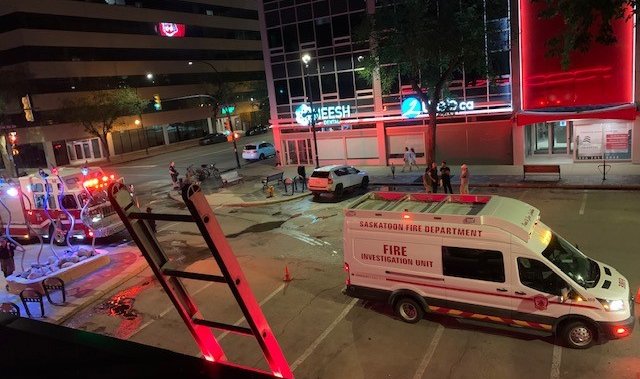 The roof of a pub caught fire at Hudsons on 21st Street just before 11 p.m. Friday according to a news release.

The cause of the fire was from tarring being performed earlier in the day on the roof top. Saskatoon Fire said damage is estimated at $25,000.

Three fire engines, one rescue unit, one ladder and the Battalion Chief were dispatched to the scene. On their arrival smoke was showing from the roof. 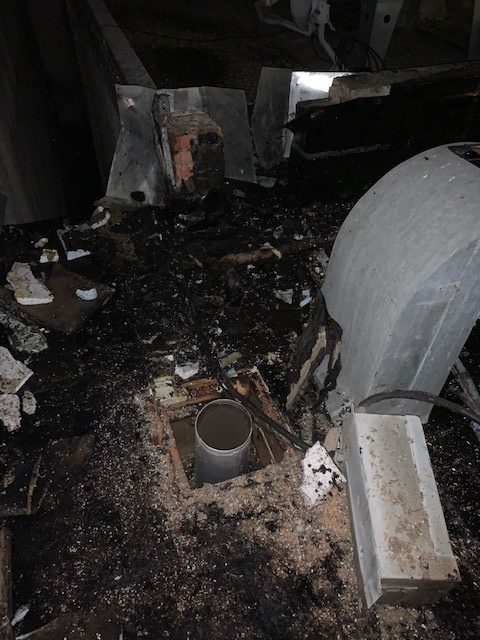 Fire crews began laddering the roof to extinguish the fire and other fire crews began the evacuation process to the North side of the street to keep people out of the smoke drift.

Around 130 occupants were evacuated by the fire crews. None sustained injuries. Additionally two fire engines were dispatched to the scene to support the suppression and evacuation efforts.

The fire was contained to the roof area with smoke coming through the bathroom and furnace room ventilation system.

Fire crews had the fire under control at 11:31 p.m.  After firefighters confirmed there were no extensions or hot spots from the fire, they turned the scene over to the Fire Investigator. 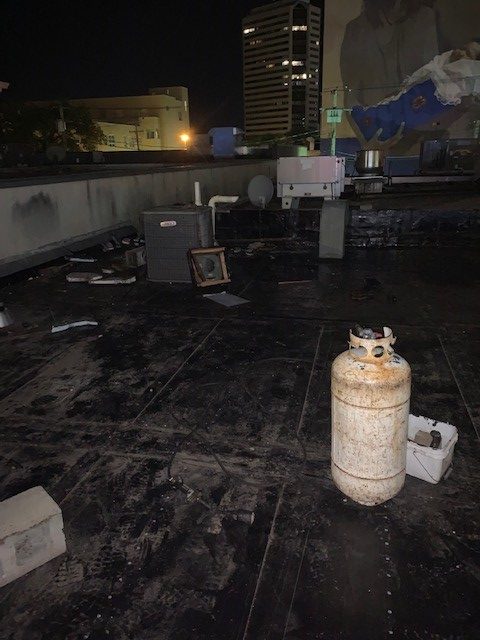 Further follow up will be conducted by the Fire Prevention team of the SFD. Saskatoon Fire determined that the fire alarm was not operational at the time of the fire.