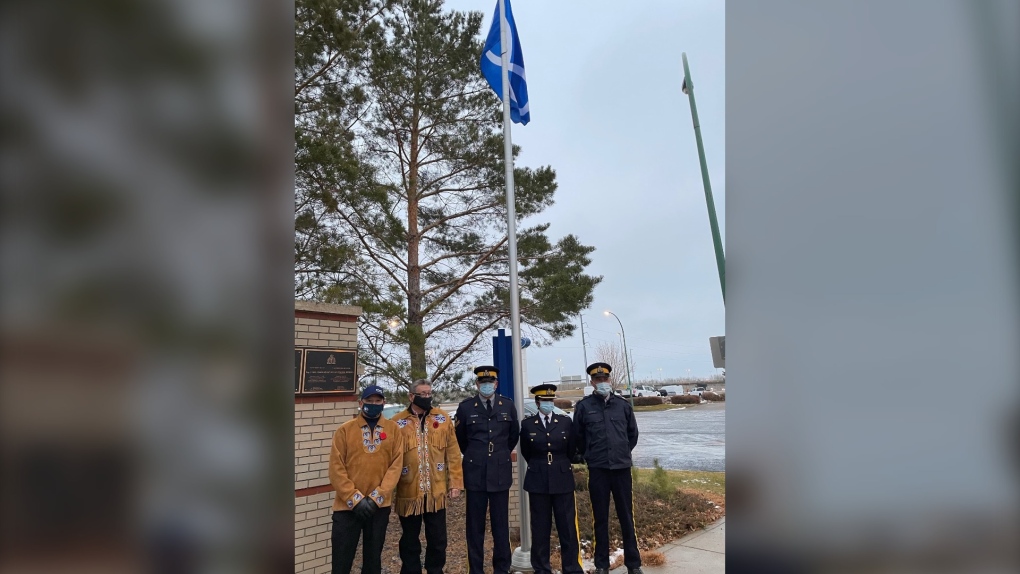 In Saskatoon, the Métis flag replaced the Sask. RCMP ensign and joined the Canadian flag in front of the Saskatoon RCMP building, a news release said.

“It demonstrates our commitment to building better relationships with the Métis people but it’s also to honour and recognize a man who paved the way for our Méits people,” she said.

The ceremony included a prayer by a Métis Elder and statements from RCMP members including Métis Nation—Saskatchewan president Glen McCallum. He said he looks forward to working with Métis people closer together in the near future.

In Prince Albert, the flag raising ceremony included a prayer, the playing of “Amazing Grace” on the fiddle by Prince Albert Police Constable Dean Smith, the release said.

“The Prince Albert area, where the battles of Batoche and Duck Lake were fought, is rich with Métis Nation and NWMP history. For this reason, the raising of the Métis flag for the first time in front of the Prince Albert RCMP Support Services Building is a particularly meaningful event for all of us,” Staff Sgt. Brian Kelly said in the news release.

Louis Riel was a Métis leader and founder of the province of Manitoba. He was executed 136 years ago on Nov. 16 in Regina.

–With files from Kayla Guerrette