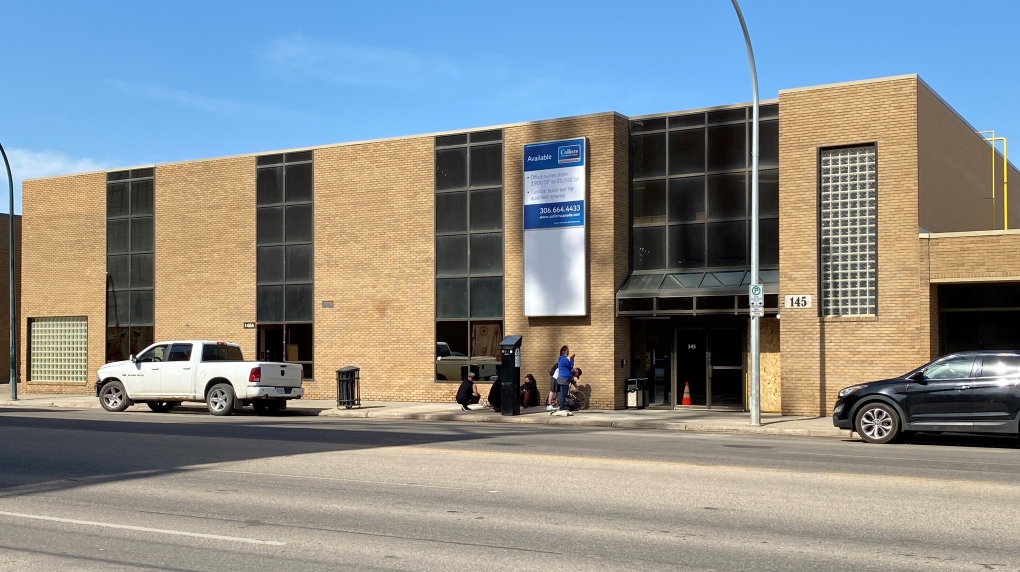 The Saskatoon Tribal Council’s (STC) temporary downtown wellness shelter is staying put after city council voted to extend its lease until next spring at a special council meeting.

“Today I think is a historic day for the City of Saskatoon about understanding what is happening in our city. Homelessness is a major concern for everyone, and I think what we have to do is address it as a community,” STC Chief Mark Arcand said.

The lease was set to expire next week. The extension means the STC is able to stay at the building it took over late last year on First Avenue North until April 30, 2023.

Arcand said the plan is to move to a permanent location on 20th Street West before the lease expires, provided renovations at the space can be completed in time.

According to a report from administration, it would cost the City of Saskatoon $399,800 for the entirety of the lease.

Monthly costs are pegged at $21,400 based on $11,400 in lease costs to the city for departments to work elsewhere and $10,000 for utilities, maintenance and other property expenses.

Council unanimously voted in favour of the lease extension. Business owners in the area met the news with mixed reviews.

“Anything that is labelled temporary or emergency necessarily means a short-term arrangement,” Saskatoon and District Chamber of Commerce CEO Jason Aebig said.

“Obviously, an extension to that changes things somewhat and sort of conflicts with the expectations that were set early on.”

Mayor Charlie Clark knows the shelter is controversial and no answer will please everyone, but council knows the building isn’t suitable as a long-term solution.

“Right now, (STC) is working within a building that is not meant to be a wellness centre, and this provides more certainty for everyone,” Clark said.

While Aebig understands the lease extension is difficult news for businesses in the immediate area to accept, especially as they continue to try to convince customers and staff to come back to the downtown area following the pandemic, he put his full support behind the STC and its approach to homelessness.

“There’s no doubt its Indigenous-led approach to shelter services and programs is really showing early signs of success,” he said.

Aebig said Arcand and the STC will have the chamber’s full support to work together to secure capital funding and develop a business plan moving forward that gets the wellness shelter away from the downtown core and put it where it best meets the needs of the people who use it.

“We want to help because we know our value to this community and we are making a difference for all people, not just Indigenous people – we’re helping all people,” Arcand said.