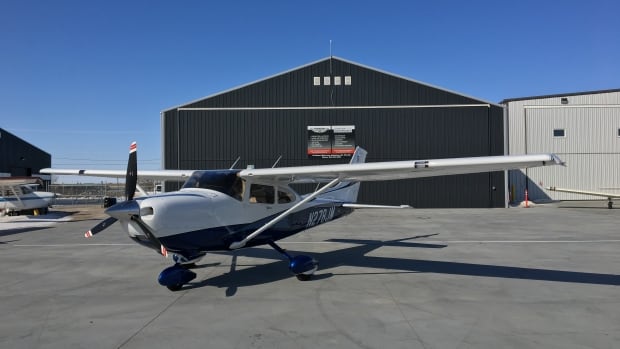 While a sergeant made his case to the Saskatoon Board of Police Commissioners on Thursday about the importance of the force’s air support unit [ASU], not all residents are happy about the noise connected with the team’s activity in the sky.

It’s not the first time people in the city have voiced their concerns about the sound of the police plane, which spent more time in the air last year compared with 2020.

Coun. Hilary Gough said she was approached by a resident about the noise nuisance in connection with the police aircraft.

“We routinely get blamed for, you know, STARS, military, freight aircraft and recreational pilots who operate quite often 1,500 feet lower than what we operate and with no muffler,” said Sgt. Wade Bourassa with the Saskatoon Police Service [SPS].

“There’s well over 100,000 aircraft movements at the Saskatoon Airport annually that take off and land. And so we account for 0.0035 per cent of them.”

Dan Kerslake brings us a report about the police patrol plane in Saskatoon. One resident says the noise is a nuisance. The police say it’s a sign that it’s keeping the population safe.

The police plane must fly at 2,400 feet, according to the SPS website.

Years ago when the unit received a lot of noise complaints, it started to track them, said Bourassa.

According to the sergeant it was just a small group of people making the complaints.

“We were only actually in the air during the time of the noise complaint 42 per cent of the time,” said Bourassa.

“Of that 42 per cent it was the same three people complaining 92 per cent of the time.”

The police plane is also not the only small aircraft potentially circling in the Saskatoon sky at night, according to the sergeant.

Other ones might include flight students doing their night training, or military training from Moose Jaw, he said.

“And then there’s general aviation people that come from all over the province to see the big city lights from the airplane.”

Last year the police plane — usually staffed with one pilot and one tactical flight officer or spotter —  logged 1,180 hours of airtime, six per cent more than in 2020, according to the unit’s annual report.

Since its beginning in 2005, the unit has collected over 10,700 flight hours, said Bourassa.

The ASU responded to 1,929 calls for service and in addition also initiated property checks, conducted river searches, and monitored traffic stops, according to the unit’s 2021 statistics.

It was also credited with 240 arrests, 772 criminal charges laid as results of ASU involvement, and the location of 13 fires which officers reported to the appropriate authority, the document says.

In 2021 Saskatoon’s air support unit responded to 1,929 calls for service, down one per cent from 2020, according to the annual report of the police unit. (Saskatoon Police Service)

Helping “vulnerable people” has also been a focus of the unit, according to Bourassa.

In 2021, for example, the officers helped the RCMP Rosthern detachment find a three-year-old child who had wandered away from his home, said the sergeant.

“We typically get dispatched to the most serious call for service at any given moment,” he said.